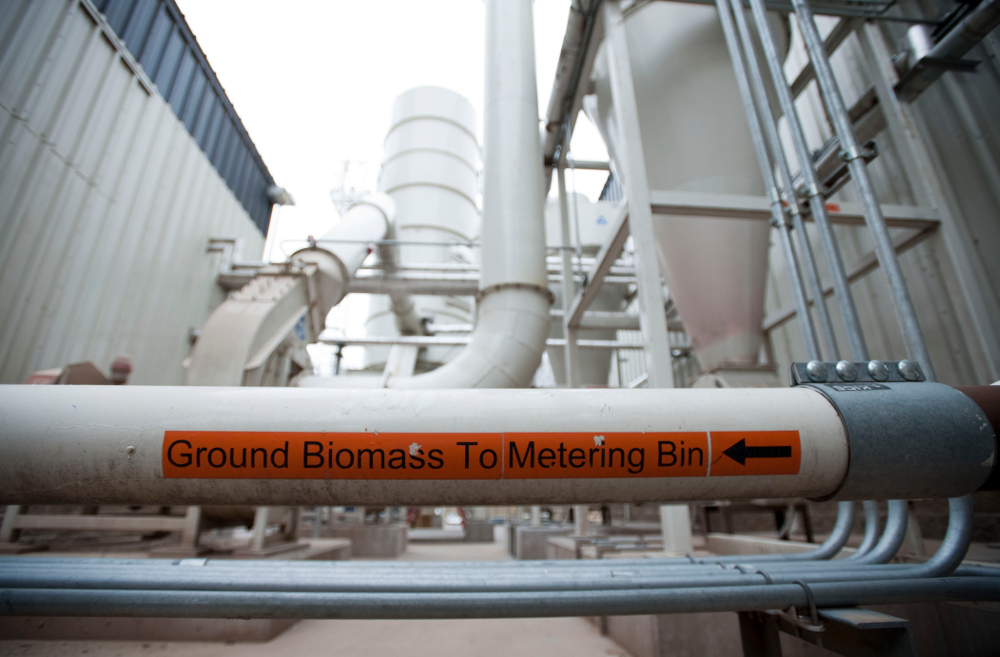 Combined heat and power facilities, like this one in Minnesota, take advantage of waste heat produced from generating electricity.

Many are rightly celebrating the recent passage of a bill that aims to move Virginia’s power grid into the 21st century. Yet one of the most progressive measures in the bill relies on some of the oldest electrical technology around – harkening back to Thomas Edison’s very first power plant. I think that’s a good thing.

The Grid Transformation and Security Act – which promises to lower utility bills, increase investments in energy efficiency and renewables, and restore oversight of electric utility rates in the Commonwealth – requires Virginia’s largest utility (Dominion Energy) to consider combined heat and power, or CHP, in its future resource plans. CHP has been around as a clean energy option since at least the 19th century, when Edison first recognized that conventional power plants produce an enormous amount of heat in generating electricity, and typically waste that heat by venting it to the air. CHP captures that heat instead, and puts it to good use in buildings and manufacturing plants, providing energy, economic, and environmental advantages over conventional power plants, and doubling the efficiency of the plant.

For years, Virginia’s utilities overlooked CHP. According to the latest scorecard from the American Council for an Energy-Efficient Economy (ACEEE), Virginia scored 0 out of 4 points for its CHP policies, highlighting the lack of effort to encourage this important technology.

Virginia’s clean energy portfolio is incomplete without CHP in the mix to help protect the environment, make our grid more reliable, and sharpen the Commonwealth’s commercial and industrial competitive advantage. With CHP as an option for the state’s manufacturing and large commercial electricity customers, Virginia’s businesses will have a better chance to compete in the global market.

The Grid Act sets a target for Dominion of deploying 200 megawatts – enough energy to power more than 160,000 homes —and allows for either utility incentives or utility ownership to reach it. This target is conservative and achievable — the U.S. Department of Energy has identified more than 4,000 megawatts of CHP potential in Virginia’s businesses and factories.

CHP checks all the boxes. It gives Virginians what they want:

A robust, dynamic and secure energy grid: CHP systems simultaneously produce power, heating and cooling services from a single fuel source – with up to 80 percent efficiency. CHP provides the most efficient, cleanest, and least expensive means of generating baseload electricity with natural gas.

A more resilient energy infrastructure: Because CHP systems produce power on site, they eliminate the need for transmission lines to get that electricity from the power plant to the customer and can keep the lights, heating and cooling on during a storm. We witnessed these benefits firsthand at hospitals, universities and factories during Superstorm Sandy in 2013 and throughout the epic 2017 hurricane season. CHP can provide this resiliency to critical facilities in the Commonwealth.

A More Competitive Industrial Sector: The industrial sector—including manufacturing, mining, construction and agriculture—consumes almost one-quarter of Virginia’s electricity, creating significant opportunities for energy savings and emissions reductions. By increasing industrial efficiency through CHP and other measures, a 2016 report from the Alliance for Industrial Efficiency found Virginia could save businesses $4.1 billion in cumulative energy costs between 2016 and 2030, making the Commonwealth’s industrial companies more competitive, while cutting carbon pollution from power plants by 2.6-million tons annually in 2030.

Jobs: More than 61,000 people already work in Virginia’s growing energy efficiency sector, but the opportunity is even greater. The CHP target in the Grid Act will put Virginians to work in the design, construction, and installation of energy saving equipment.

The Grid Act has taken an important step to advancing CHP in the Commonwealth. Governor Northam should follow the General Assembly’s lead and insist that CHP be a part of Virginia’s Energy Plan in 2018. Doing so will benefit the Commonwealth’s consumers, energy industry and the environment.

Bruce Hedman is managing director of Entropy Research LLC and former technical director of the Institute for Industrial Productivity and vice president of ICF International.