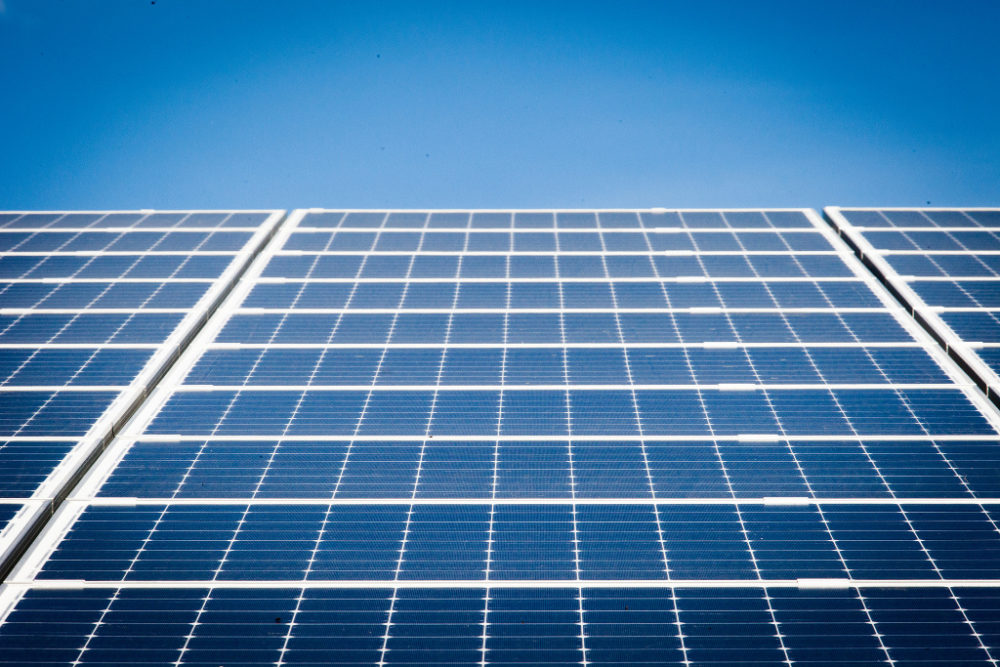 What happens to South Carolina’s solar industry if Dominion Energy brings its political clout to Columbia?

Solar advocates expect it’ll only get worse if a proposed merger involving one of the state’s largest energy companies goes through.

Dominion’s political clout has long loomed in Virginia, where the company has generally opposed net metering and other policies that encourage customer-owned, distributed generation such as rooftop solar. The company is also a backer of the Atlantic Coast Pipeline, and its commitment to natural gas could crowd out the need for new solar.

“Dominion has not proven that they would embrace what South Carolinians most need: aggressive energy efficiency and demand-side management and … affordable renewables such as solar and wind,” said Sara Barczak, regional advocacy director for the Southern Alliance for Clean Energy.

Dominion has already increased its presence in South Carolina’s state capitol, ramping up political contributions and adding lobbyists. The company gave $55,000 to South Carolina candidates in the last three years, according to the National Institute for Money in State Politics, a nonprofit that tracks state campaign spending. The state’s Republican caucuses and party were the top recipients, followed by Attorney General Alan Wilson. 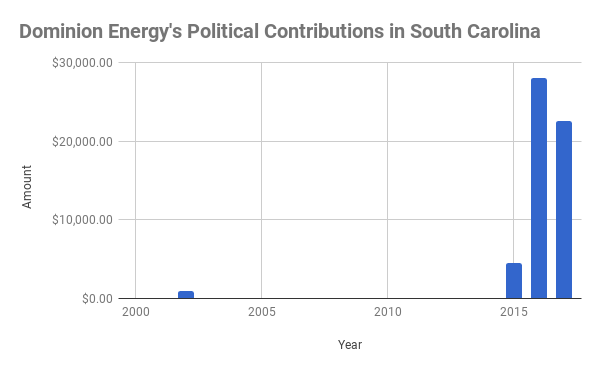 Above: Dominion Energy began consistently contributing to South Carolina political campaigns in 2015 and has donated $55,000 to candidates and committees since then. Source: National Institute for Money in State Politics

A spokesman for Dominion Energy did not respond to questions submitted in writing to the company last month.

In South Carolina, the solar industry started to gain steam in 2014 after then Gov. Nikki Haley signed a bill introducing net metering in the state. Since then, customers have purchased enough solar to put some utilities close to a cap that limits net metering to 2 percent of annual electric sales. The state also has a tax credit for residential solar systems equal to 25 percent of the installed cost for up to $3,500 per year for a decade.

As a result, South Carolina outranks Virginia in the deployment of solar and solar-friendly policies, but not by much. Solar Power Rocks, a website that tracks state policies and incentives for residential solar, gives South Carolina a “C” grade, while Virginia earns a “D” based on its 1 percent net metering cap. There are no state tax credits for solar in Virginia.

South Carolina solar advocates had hoped to increase or eliminate the cap, but a bill that would take the industry in the opposite direction overwhelmingly passed a state House committee vote last week. The legislation would eliminate subsidies for homeowners who install solar panels. Solar advocates believe Dominion, based on its track record in Virginia, would not be an ally to the industry if it expands to South Carolina.

Florence Anoruo, an associate professor who teaches environmental science at South Carolina State University, is an unofficial ambassador for cities in South Carolina seeking to source all of their electricity needs with renewables by 2036. She’s certain the acquisition “is going to cause more problems (for cleaner energy) rather than solve them. We need to fight this.”

The merger is thought to hinge in large part on how much state regulators will allow South Carolina Electric and Gas Co. to collect from ratepayers for the abandoned construction of two new reactors at the V.C. Summer nuclear plant. If the state’s Public Service Commission decides the costs are not recoverable, Dominion is expected to withdraw its offer, forcing Scana to find another buyer or face bankruptcy.

Meanwhile, the law that enables cost recovery on abandoned projects, the Base Load Review Act, could be amended by state lawmakers before the current legislative session adjourns, according to Ron Aiken, a spokesman for the state’s Office of Regulatory Affairs. Such a move is another reason Dominion may withdraw its offer.

If the merger is completed, lawmakers and regulators would still have the authority to force the company’s hand when it comes to solar policies. Dominion “can say and do what it wants. But at the end of the day the folks who make the decisions are the legislature and the Public Service Commission. We forget they are a regulated utility,” said Bret Sowers, chairman of the South Carolina Solar Business Alliance.

The South Carolina Public Service Commission is expected to hold a hearing in November on charges related to the failed nuclear project.