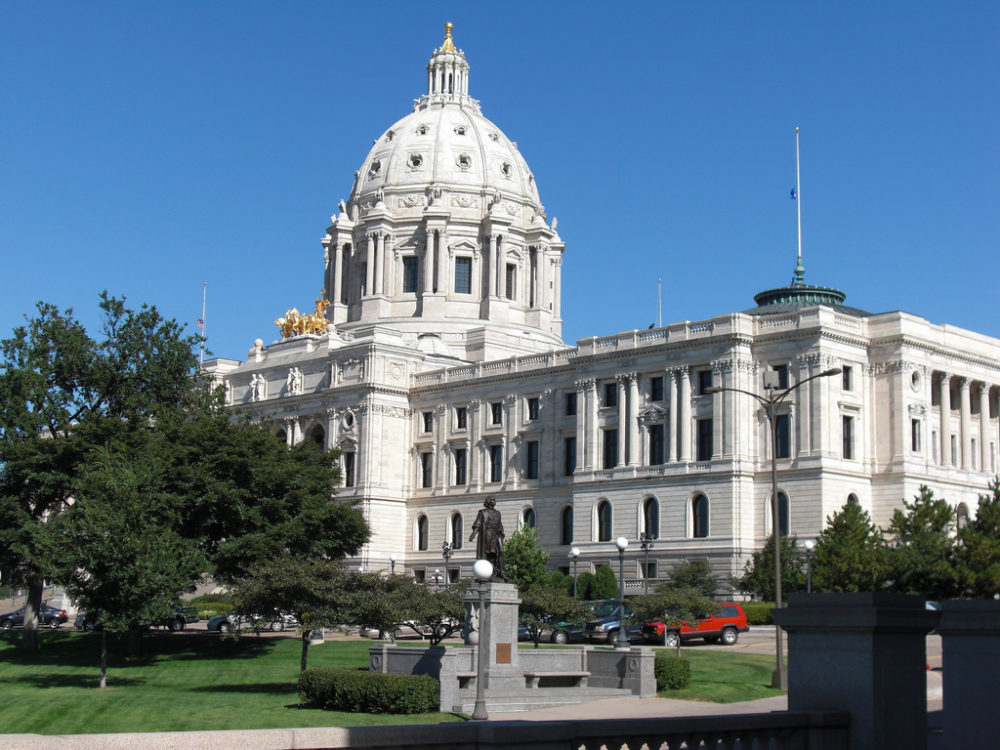 Always-on nuclear power plants make it tough for wind energy to compete at night when demand is low.

As Minnesota lawmakers consider a bill to finance life-extending upgrades for Xcel Energy’s nuclear fleet, an environmental advocate warns that committing to longer use of nuclear plants could hurt wind energy development.

The bill, scheduled for a hearing Thursday, allows the utility to avoid a traditional rate case process before starting nuclear plant upgrades expected to cost as much as $1.4 billion.

Wind is cleaner and cheaper than nuclear energy, he said. But that won’t matter if legislators approve Xcel’s request that the Public Utilities Commission approve expenses for Prairie Island and Monticello nuclear plants without comparing costs to alternative energy sources. Though the plants’ licenses expire between 2030 and 2034, the upgrades might improve their ability to operate longer.

A nighttime electricity glut gets worse

The Midcontinent Independent System Operator (MISO), the regional transmission organization for the Midwest, has more power than demand at all hours of the day, Learner said.

The problem grows worse at night when wind energy generation skyrockets. About two-thirds of wind generation occurs at night, producing a glut of electricity. Meanwhile, nuclear power plants cannot ramp output up and down, meaning MISO must keep their generation on the grid overnight, Learner explained. The result: “must run” nuclear, hydro and wind generators sometimes receive little to no compensation for their power.

Xcel’s legislation comes at a time when “there is a huge surplus of power in the power markets, particularly at night,” Learner said.

Curtailment of wind power at night could become more common if Xcel keeps the nuclear plants operating. Wind developers may struggle to get financing because of a glut in power market, he suggested.

As the nuclear plants are being renovated over the next decade, energy efficiency such as LED lighting is expecting to continue to clip power demand by 1 percent a year, Learner said.

A growing solar-storage market “exacerbates the problem” by allowing solar to become a 24-hour power source. Wind power has no such option. “There isn’t a lot of storage being built for 400 megawatt wind farms,” he said.

Another group of potential high demand customers are electric vehicle owners. “Even the most bullish forecasts show electric vehicles are not not remotely close to offsetting the impact of energy efficiency,” Learner said.

Nuclear power remains a divisive topic in the environmental community because it emits no carbon but creates a long-term radioactive waste problem with no ready solution. Yet nuclear power has to remain part of the energy mix for Xcel to reach its goal of producing 85 percent of electrical generation from carbon-free sources by 2030.

When the company announced the goal last year, clean energy activists and environmentalists in Minnesota widely celebrated it even though about a third of the carbon-free power is expected to come from nuclear power.

Xcel is also a large generator and buyer of wind power. Its long-range planning calls for more than 1,500 megawatts to be built in the Midwest. But the utility will likely protect its wind generation from curtailment, Learner said, and that could hurt independent wind companies.

Beth Soholt, executive director of Wind on the Wires, does not disagree that wind curtailment at night is an issue in the Midwest, but she said the bill comes amidst a backdrop of changes for Xcel generation.

“There are technical and market issues, the carbon reduction issue and the challenge of paying for it all,” she said. “It’s a complex situation.”

Soholt wants more details on how Xcel plans to stage several coal plant closures and construction of a natural gas, wind and solar plants. The problem of keeping nuclear plants on at night and competing with wind is just one of the many issues the utility faces as it transitions to a less carbon-intensive energy mix, she said.

Still, she’s not a huge fan of the bill as it is currently written. The nuclear bill appears “short on details,” Soholt said, and Xcel has not explained what the money will be spent on to upgrade plants. How the regulatory process would play out if the bill passes seems equally unclear, she said.

Critics have said the bill is “premature,” Soholt added, because Xcel will present a new integrated resource plan in February 2019. Legislators and advocacy groups will have a better idea by then of the company’s timeline for projects and Xcel could still bring the bill back to the legislature, she said.

The bill is scheduled for a hearing before the Minnesota Senate Energy Committee at 1 p.m. on Thursday, March 22.

Fresh Energy, which publishes Midwest Energy News, is a member of Wind on the Wires.