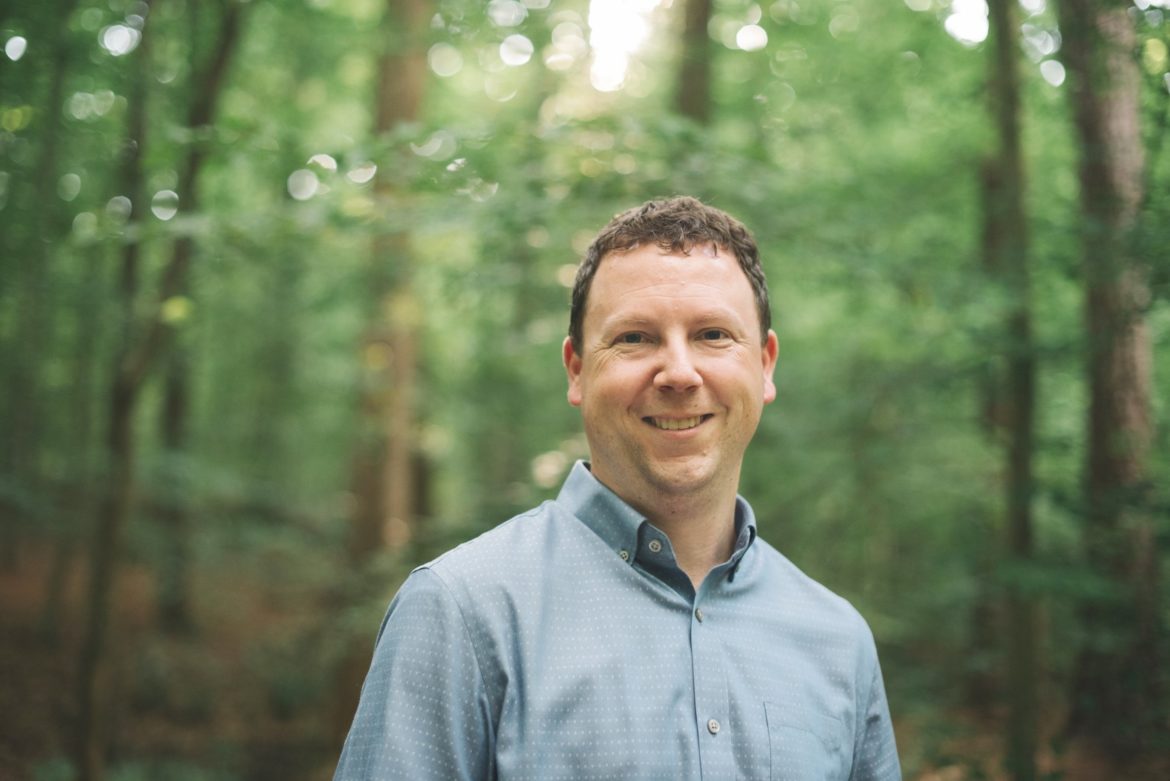 Daniel Raimi, author of The Fracking Debate, argues oversimplification has fueled misperceptions on both sides.

A Michigan researcher says both sides of the “fracking” debate have misperceptions about the process and its impacts.

Nuance is rare in the debate over oil and gas development. While hydraulic fracturing is a specific practice of blowing apart shale or rock to unleash oil and gas deposits, the term “fracking” has become a catch-all for the multi-faceted extraction and transportation process.

Author Daniel Raimi argues this has led to widespread perceptions about the practice, for better or for worse, that may not be entirely accurate. 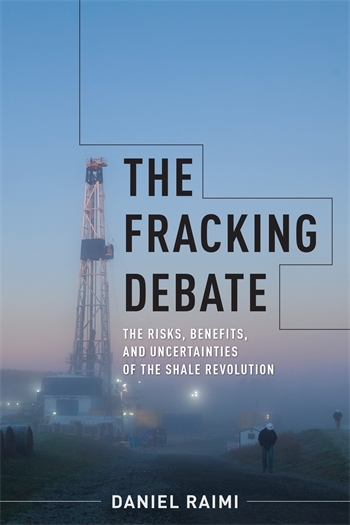 In his latest book, “The Fracking Debate: The Risks, Benefits, and Uncertainties of the Shale Revolution,” Raimi aims to foster a more informed public debate, while also telling the stories of people who live among the industry.

Raimi, senior research associate for the nonprofit Resources for the Future and a lecturer at the University of Michigan, spoke recently with Midwest Energy News about his book, what advocates on both sides of the issue leave out while debating fracking and his travels around the U.S.

The interview has been edited for length.

Midwest Energy News: You make the case that pro-fracking and anti-fracking advocates often talk past each other. What are the key issues being overlooked by both sides?

Raimi: Both sides are overlooking important elements of the research that’s out there, as well as the experiences of people on the ground. One phenomenon that you see is that each side will pick a study or two that reinforces their pre-existing view, highlight that study and refer to it as “the science.” It’s classic cherry-picking.

On the pro-fracking side, many industry supporters will frequently ignore the very real risks of oil and gas development for communities where they operate. These groups will often take to task the authors of that study and attack them in an ad hominem way which is really uncalled for. No study is perfect, especially when you’re trying to address complex issues such as health impacts.

On the anti-fracking side, again there’s this cherry-picking where groups will highlight a relatively small number of studies that suggest relative impacts and ignore other studies that define other benefits, economic or otherwise. There are also ad hominem attacks from anti-fracking groups that impugn the motives of researchers if they have any connection whatsoever to the oil and gas industry.

You say the term fracking has become a catch-all for the entire process, not just the actual hydraulic fracturing. What do you mean by the difference between fracking and “fracking,” and how can the media do a better job in approaching this nuance?

It’s a tough one. Industry bridles at the term fracking, especially when you put a “k” in there. There are obvious connections with a curse word, and it doesn’t sound like something you want happening in your community. Anti-fracking folks have sort of seized on the negative connotations of the word fracking and have sought to define fracking as broad as possible.

The reality is fracking is one step of the process required to development oil and gas from shale and other resources. It’s an important part of the process, don’t get me wrong, but it’s not the whole enchilada.

When it comes to how the media can do better, I’m not sure if I have great expectations that it will change. Fracking is an evocative word that has captured people’s’ attention. It’s a little pie-in-the-sky, but it would be useful if editors and journalists were a little more careful in their description of fracking, meaning hydraulic fracturing, and other parts of oil and gas development.

Pipelines and wastewater disposal are also significant parts of the process. Have those captured enough attention?

Pipelines have gotten a lot of attention. It’s increasingly becoming a focus area both for the industry and for those opposed to more oil and gas development, such as the keep-it-in-the-ground movement. Pipelines have become a big battleground, and they are very important to the issue to gain access to markets. My hope is to have a more rational discussion about pipelines than we can have about fracking. Whether that will happen, I don’t know.

Wastewater management probably has not gotten the attention it deserves. Multiple experts who work on the whole suite of oil and gas consistently find wastewater management is at the top of the list as the thing that can cause the biggest environmental challenges. It can involve the disposal of wastewater causing earthquakes, or the potential to spill from trucks and pipelines that transport wastewater.

In Michigan last month, Consumers Energy pledged as part of a broader environmental and clean energy goal to reduce its water consumption by one billion gallons over the next five years. Part of this will be done through conservation efforts in its gas activities. Is it common for power companies to make this type of pledge around water usage?

It varies, depending on the geographic characteristics of an area. For example in North Dakota, there is intensive water use for hydraulic fracturing. There’s not really a water scarcity problem, and companies are not focused by and large on conserving freshwater use. It’s the same in some parts of the country: Water is abundant, there are no constraints on the industry and there not a whole lot of voluntary measures I’ve seen to minimize water use.

In other parts of the country, you do see actions taken by companies. These are in part motivated by a desire to conserve and that’s often driven by the economics of water availability.

Another Michigan utility, DTE Energy, is seeking permission to build a nearly $1 billion, 1,100 megawatt natural gas plant to replace coal units planned to be retired. The decision comes down to which option is the most reasonable for its customers, which also depends on future gas prices. How good is the system we have now to predict future gas prices and inform decision-making?

Today, gas is the lowest cost source for power at a large scale. Wind and solar are growing rapidly and costs are coming down, but in most parts (of the country) gas is the lowest cost option for generating electricity, and that’s certainly true for Michigan. And replacing large coal plants with natural gas plants or a combination of gas and renewables continues to be a benefit for the climate.

What about the volatility of natural gas prices versus zero fuel costs with renewables?

Historically, before the shale revolution, gas was seen as a very volatile source in terms of cost. With the scarcity of supply in the U.S., there certainly has been spikes in natural gas prices over the years.

That’s really changed over the last five years or so with the increasing abundance of shale. Over time, as companies have gotten better and better at developing this resource economically, the projected costs of natural gas have gotten lower and lower into the future. (New projections by the Energy Information Administration) basically found that because of shale, natural gas supply in the U.S. is more responsive to prices. It can go up relatively quickly and send prices back down. The prices really suggest natural gas volatility is going to be much less in the future than it has been in the past.

Gas plants beating renewables on cost and a future less likely to have price volatility are issues clean energy groups might dispute. Do you get pushback from environmental groups on your work?

Yeah, sure. There are strong voices out there who argue that switching away from all fossil fuel sources, including natural gas, can be done quickly and cheaply in the short term. I don’t want to cast aspersions on anyone — they are welcome to those views. There have been some studies that suggest switching away quickly from fossil fuel sources can be done relatively cheaply. Some of those studies are quite controversial.

I think it’s safe to say in the energy modeling community, which tries to make these assessments, there’s a pretty strong majority of researchers who think natural gas can continue to play a beneficial role in terms of fighting climate change at least over the next couple of decades. Looking to 2050 and beyond, if we have deep decarbonization goals, indeed natural gas will need to be a less important part of the mix unless it’s partnered with carbon capture and sequestration (CCS) or other technology.

Your book concludes with a series of stories from people you met while traveling the country. You say places like Williston, N.D., in the heart of the Bakken shale region, have a much different approach to the issue of fracking compared to college towns you work in, such as Ann Arbor, Michigan. What’s different about these places’ approach to the issue?

One thing that struck me as interesting when I traveled was I didn’t hear much in the way of sloganeering, either all good or all bad. You don’t hear terms like “drill, baby, drill” or “keep it in the ground” very often when you’re in these communities.

Research shows that when you ask people who live close to oil and gas production, they tend to have fairly nuanced views of the industry. They tend to be more supportive as a whole to industry.

When you get further away from oil and gas producing regions, the data show that people’s’ views tend to be shaped more by party affiliation. Democrats might think to “keep it in the ground,” Republicans might think “drill, baby, drill.” You don’t hear that black-and-white sentiment when you’re in North Dakota or Pennsylvania talking to people.