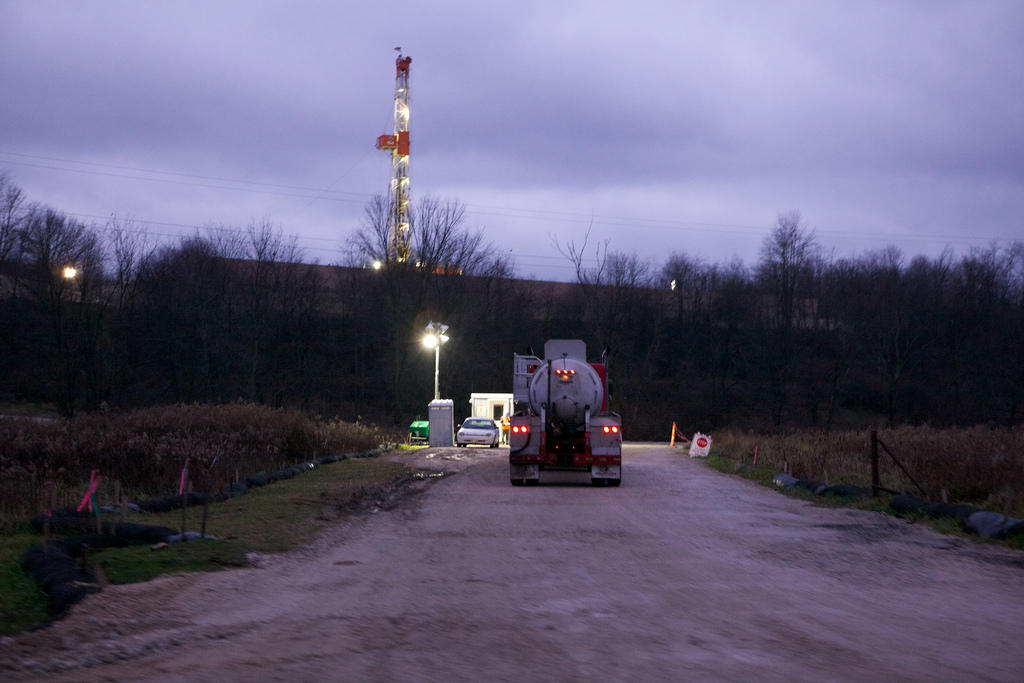 Ohio communities with high levels of fracking activity had 20 percent higher rates of chlamydia and gonorrhea.

The study from a team at the Yale School of Public Health adds to a growing body of knowledge exploring public health and social impacts of the fracking boom. PLOS One published the report on March 23.

What does the study say?

“The bottom line of our study was that we found that counties with high levels of fracking activity had 20 percent higher rates of two major sexually transmitted infections, or STIs, chlamydia and gonorrhea,” said lead study author Nicole Deziel, an epidemiologist at Yale. “And we did not observe a correlation for a third STI, syphilis.”

Why is this important?

“The shale gas industry is a rapidly expanding industry that is occurring in as many as 30 states around the United States, as well as many countries worldwide,” Deziel said. “Yet we have a very limited understanding of the public health and community impacts of this industry. Because if there are, steps could be taken to try to reduce or mitigate those.”

Beyond that, she adds, STIs an important public health problem, with about 20 million new cases in the United States each year and billions in health care costs.

What might explain the findings for a rise in STIs in Ohio’s shale country?

In Ohio and elsewhere, drilling and fracking for shale gas typically brings in large numbers of specialized, trained workers. The labor force in those “work camps” is mostly young male workers. Typically those workers have few or no family nearby and no emotional ties to the communities where they work. Ready disposable income, a “hyper-masculinized” culture in the camps, and other factors could lead them to seek “multiple new or casual sex partnerships, which are all known risk factors for STI transmission,” Deziel explains.

Q&A: Researcher explores the benefits and risks of fracking in new book

Other industries bring influxes of workers. Why focus on shale gas?

The phenomenon of labor migration potentially leading to increases in STIs has indeed been observed in other situations. But what sets shale gas operations apart “is really the sheer scale of the industry,” Deziel said.

Ohio has issued thousands of well permits, and more than 2,000 wells have been drilled in its Utica shale play. The state also has horizontal drilling in the shallower Marcellus shale play.

Other states with huge numbers of wells and permits include Pennsylvania, Colorado and Texas, Deziel noted.

Why did STI numbers keep growing even after shale gas permitting dropped dramatically?

The drop in the number of well permits around 2015 correlated with falling market prices for natural gas, Deziel noted. Once STIs have been transmitted to members of the community, however, they can continue to infect people who live there long after temporary workers have left.

Why didn’t the study find a link between shale gas activity and syphilis?

“Syphilis is most common among men who have sex with men,” Deziel explained. Her group hypothesizes that most of the increased risk in places with high levels of shale gas activity came from heterosexual transmission.

“Whether the association between shale gas development and increased STI rates is causal awaits further investigation,” the report said. That would include additional studies and replication of results in other areas and populations.

Other follow-up studies could look at STI infections among the workers. They would not have been included in the Yale group’s study because they would have moved on by the time new infections were reported. “Our data really examines and quantifies the impacts on the host community and not the workers,” Deziel noted.

Meanwhile, “industry or policymakers should consider this study among the growing number of studies documenting some health impacts” from the shale gas industry, Deziel said, noting that other recent reports have addressed exacerbation of asthma, concerns about adverse birth outcomes and water quality issues.

Communities can also take steps, such as an increase in screening and a boost in education and awareness about STIs and prevention, Deziel said. “Even the industry itself could consider partnering with local health officials to implement some possible interventions,” she suggested.