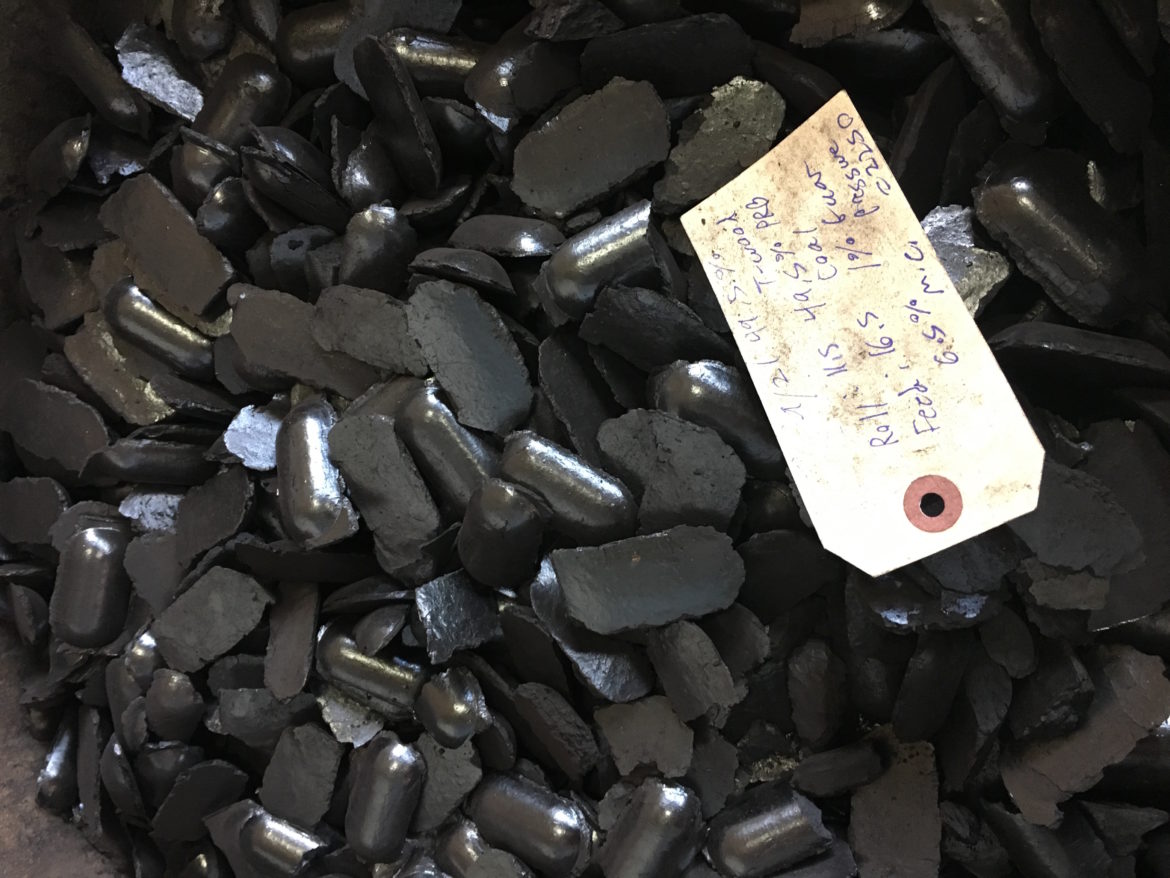 At a research lab in the northwoods of Minnesota, scientists are roasting tree waste until it turns into something that looks and burns like coal — without the heavy metal pollution. The finished product is called “biocoal” or “torrefied biomass,” and a team of University of Minnesota-Duluth researchers hope it might someday displace coal to fuel power plants, reinvigorating the region’s forestry economy and reducing carbon emissions at the same time.

The work at the Natural Resources Research Institute lab, about 200 miles north of the Twin Cities, appears to be the latest technical advance for woody biomass. The team’s facility is able to produce as much as 6 tons per day of the biocoal, which has energy values similar to coal. It’s been successfully tested in a Milwaukee tourist train and a large, coal-fired power plant owned by Minnesota Power, the investor-owned utility in the area.

Yet for all its promise, the product still faces a major barriers to market. Unlike wind and solar power, which cost less than coal, biocoal costs more. Without a mandate, subsidies, or a spike in natural gas prices, its prospects outside of the lab appear to be limited. And while its potential to boost forestry economies its clear, it’s purported carbon benefits are controversial and disputed.

The economics of fuel sources can dramatically change, though, and proponents can envision a role for biocoal, particularly if it can be burned in existing coal-fired power plants that investors are reluctant to retire. Similar products are used in Canada and Europe where they are supported by subsidies or mandates.

“Over half of electricity produced in the United States comes from plants that still use coal, and utilities still have a lot of investment in these coal-based power plants,” NRRI Associate Director Don Fosnacht said. “We thought ‘Why not make the biomass more like coal so you can use if in the existing infrastructure?’”

‘It always comes down to the cost issue’

Advanced biomass has been hindered by high production costs and a lack of government support, said Carlton Owen, president and CEO of U.S. Endowment for Forestry & Communities, Inc., a Greenville, South Carolina nonprofit that’s helped fund work at NRRI and other institutions.

Its interest is in large part driven by what it sees as a “forest health crisis” in North America that won’t be solved until there is a market for low-value wood. It’s possible biocoal, or torrefied biomass, won’t ever get a foothold here, but Owen sees some hope in other countries without abundant natural gas.

“Torrefaction has another window of opportunity (overseas) but it remains to be seen whether it will be able to captures it,” he said.

Advanced biomass has been most successful in countries without cheap natural gas and where mandates or other policies encourage its use, said Alan Doering, a senior scientist at the Agricultural Utilization Research Institute in Minnesota who has worked with torrefaction innovators for decades. He’s found many of the products he’s tested have worked, except for the economics. 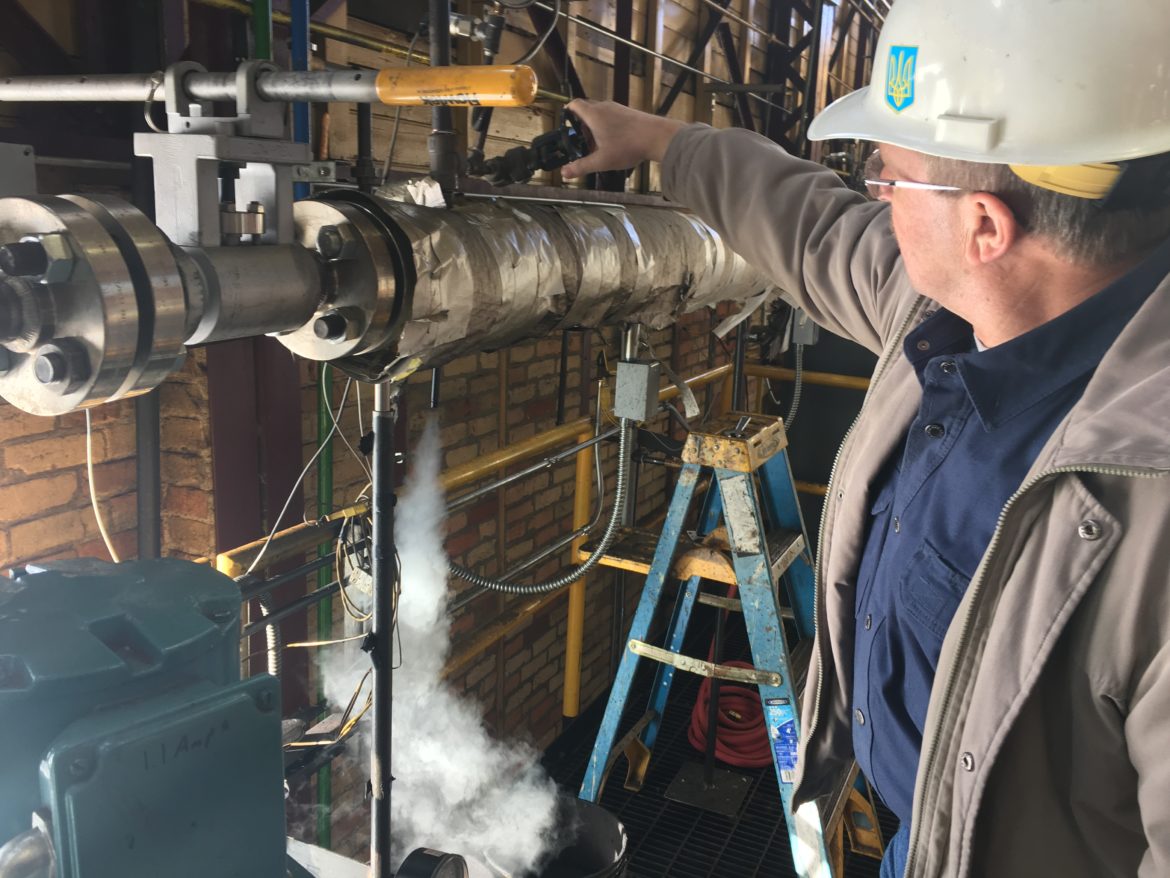 “When you add the step of torrefaction, you add cost, and it always come down to the cost issue,” Doering said.

Minnesota Power has funded NRRI research and tested its biocoal but stopped short of committing to use it long-term. A few years ago, the utility tried using the fuel in its Taconite Harbor Energy Center on the shores of Lake Superior, which is slated to stop burning coal by 2020.

The pilot “went really well,” said Julie Pierce, the company’s vice president of strategy and planning. “We were very enthused how the fuel handled in the existing infrastructure — to find a fuel to go into that coal-based infrastructure is no small feat.”

The company concluded, though, that cost and the lack of a large-scale supplier made biocoal a less viable energy source, Pierce said. Still, some of the company’s biggest customers are in the wood products industry and the it would like to continue to support the advancement of torrefaction, she said.

The Case For Torrefied Biomass

Advocates of biocoal believe it has potential to offer economic and environmental advantages. Utilities could save money by not having to build new natural gas plants as they phase out coal. The fuel emits no mercury or phosphorus and much less sulfur than coal, Fosnacht said.

Unlike other biomass options such as wood pellets, torrefied material resists water, can be stored outside, shaped to whatever an energy plant requires (bricks, pellets, briquettes) and costs less to transport than other biomass, according to an IEA Bioenergy report.

“If they can commercialize it and sell it at scale, torrefied biomass could make an important and meaningful contribution in that part of Minnesota,” she said. 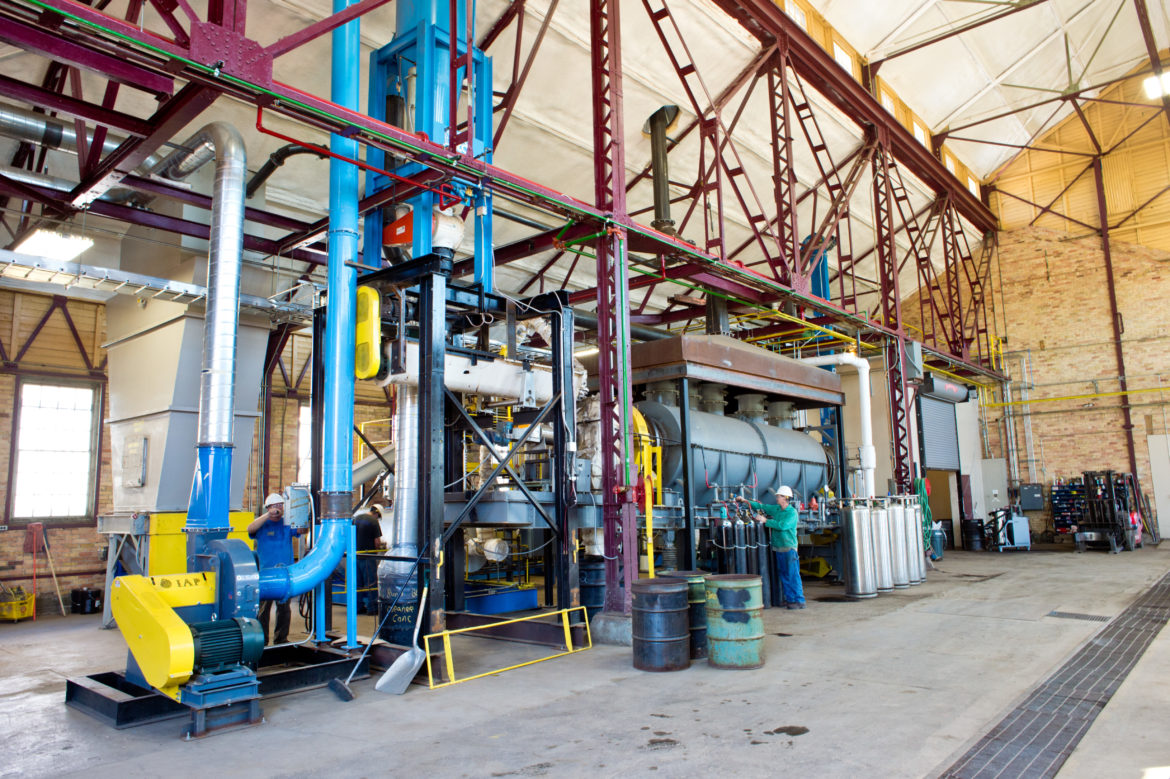 If and when an economic case can be made, it’s increasingly like the technology will be ready. NRRI uses a large rotary kiln to heat wood chips in an oxygenless environment to create biocoal. Another reactor uses a process called hydrothermal carbonization to pressure cook disparate materials such as agricultural waste, milfoil and invasive cattails into fuel. Binding elements hold together the final biomass for transportation and burning.

A couple of hundred miles to the northeast, a Canadian power plant burns a similar advanced biomass. In 2013, Ontario’s government decided to close its remaining coal plants, one in the tiny town of Atitokan and the other in nearby Thunder Bay. Ontario Power Generation converted both to biomass plants, which operate as peaker plants backing up its rich hydro operations.

The company spent $170 million (Canadian) to convert the 205 MW Atitokan plant to burn locally produced white pellets, but it spent just $5 million on the 170 MW Thunder Bay plant, which now burns Arbacore, a wood fuel close to torrefied biomass that it imports from Norway.

The fuel’s biggest selling points have more to do with forest management and reviving local economies than they do with cost savings or emission reductions. More than half the nation’s paper mills have closed, Owen said, and logging has been on a long-term decline, while dead wood piles up in the nation’s forests to serve as kindling for the next wildfire.

One approach could be to develop small biomass plants near national forests where wood supplies are plentiful. More than 80 million acres of national forests are in need of restoration, and advanced biomass offers a solution. “We believe this is the only one scalable enough to meet the challenge,” Owen said. “But that doesn’t mean it will be the succeeding technology.”