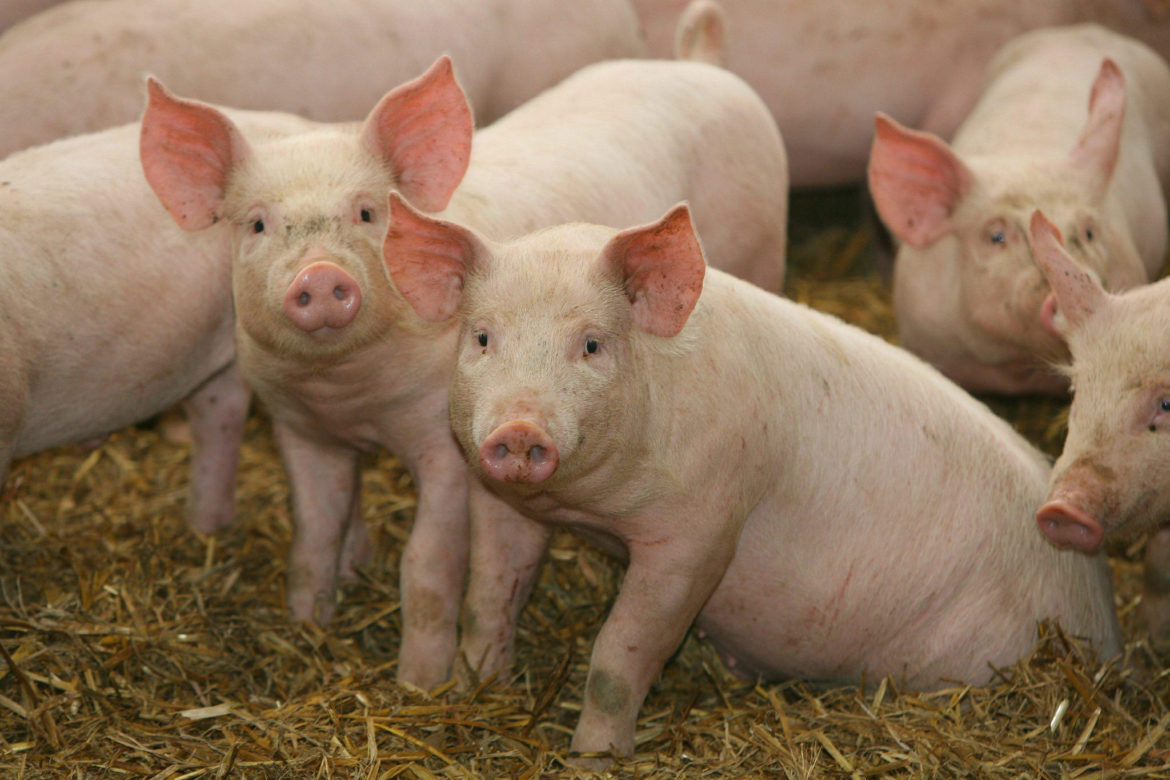 A new project is helping Duke Energy meet a mandate to generate a small portion of its power from pig waste.

The molecules combusted at a North Carolina power plant now include some that originated not from fossil deposits locked deep in the earth’s crust, but from a group of nearby hog farms in Duplin County.

The renewable natural gas project in the heart of hog country is a first for North Carolina, and backers say it won’t be the last.

If they’re right, they could help curb the stench and pollution from factory-style swine farms that have been a flashpoint in eastern North Carolina for decades. Capturing gas from the state’s massive stores of animal waste would also produce a double climate benefit, avoiding potent methane emissions and displacing fossil fuels.

The biogas venture, which helps the state’s utility fulfill a clean energy mandate, is among only a few such projects in the entire country. And though it came online behind schedule, its developers hope it can serve as a model for others across rural America.

“I feel great,” said Gus Simmons, the biogas engineer with Cavanaugh & Associates who helped design and build the project. “It’s so important for our state and for agricultural facilities all across the country for there to be these kinds of successes. I’m hoping that it’s a beginning of a very broad tale yet to be told.”

A solution for a state awash in hog waste

Concentrated in the state’s southeast corner, North Carolina’s hog industry is the nation’s second-largest, with almost as many pigs statewide as people. Duplin County alone is home to over 2 million swine.

Despite reforms over three decades, waste from all these animals remains loosely regulated. The bulk of the state’s 2,100 farms — each housing thousands of animals — store manure in open-air pits, which can leak and overflow into nearby waterways and pose a nuisance to neighbors.

Biogas is a partial solution to this 10-billion-gallon waste problem. Storing waste in covered lagoons or above-ground tanks reduces odor and water pollution. The gas captured in the process can be burned to create electricity. In a sweeping renewable energy law adopted in 2007, North Carolina required the state’s dominant utility to derive a tiny amount of its power from of swine waste.

But Duke Energy has struggled to comply. Hurricanes and the spread of disease wiped out hog populations, reducing waste and the fuel they could produce. Out-of-state developers with expertise in energy but not hogs signed deals that didn’t materialize. Legislative threats to repeal the original law sent a chilling signal to would-be energy investors.

Many of these challenges have receded, and today a handful of swine-waste-to-energy operate around the state. Yet all involve burning gas onsite to produce electricity, a process that’s relatively inefficient, costly, and technical — requiring farmers, for example, to negotiate grid connection and power-purchase contracts with the utility.

The Kenansville project overcomes this last hurdle. Five farms collect gas in covered pits. Four and half miles of underground pipes send the gas to a central cleaning station, where it is purified and then injected into an existing distribution line.

The renewable natural gas or “directed biogas” is purchased for use at the other end of the pipeline — the same way a large energy user would buy electrons produced by a large solar or wind plant.

The customer in this case is Duke Energy, which is purchasing enough renewable gas for its Richmond County power plant to create 11,000 megawatt-hours of electricity, sufficient to power nearly 900 homes.

Duke has purchased directed biogas before — but from a hog farm in Oklahoma. “This is more in keeping with what we’d like to do in the future,” said company spokesman Randy Wheeless. “We’d rather help our state hog operations and use renewable natural gas from them.”

The technology could be a breakthrough for many of the state’s swine operations, creating a pathway for them to reduce pollution and capture gas from their waste without the hassle of in-house electricity generation.

“There are all sorts of reasons why up to this point it’s been difficult to get these projects going,” said Angie Maier, the chief lobbyist and sustainability director for the North Carolina Pork Council. “So, directed biogas is exciting — those challenges are taken away.”

The climate benefits could be meaningful, too. In addition to displacing fossil fuels, renewable gas averts emissions of methane — a greenhouse gas exponentially more powerful than carbon. Each year, the Kenansville project will curb the same amount of climate pollution produced by 7,000 cars.

Mark Maloney, who with Cavanaugh & Associates founded OptimaBio to build the Kenansville project, said they are already planning to “tie in” four more nearby farms to collect and clean their biogas, too. “We have a handful that we’re getting ready to start,” he said.

Still, bringing the Duplin County project online was no easy feat. Unveiling their project two years ago, developers originally hoped to flip the switch last summer. Cleaning the gas to standards demanded by the receiving gas utility — Piedmont Natural Gas — created its own economic and technical challenges. While the Kenansville project is perfectly located near an existing pipeline, future endeavors may not be so lucky.

“It’s been a very long process,” said Maloney, “much longer than Gus and I planned or thought it would be when we started this.”

Maloney and Simmons both stressed the diversity and number of supporters that led to the project’s fruition. But there are skeptics.

Some advocates say renewable natural gas is only a small part of the solution to climate change, and they fear the promise of biogas could lead to more infrastructure that would only deepen dependence on fossil fuels. (That’s happening now at Duke University, where many oppose a new power plant, even if the school purchases renewable natural gas to fuel it.)

Veterans of tense battles with factory hog farms also worry renewable natural gas will prop up an industry they view as fundamentally flawed. “To me, biogas is a smokescreen,” said Larry Baldwin, a coastal organizer for the Waterkeepers Alliance. “All you’re doing is further benefiting off a system that should have been gone a long time ago.”

Yet even Baldwin says his goal isn’t to prevent more projects like the one in Kenansville. Instead, he aims to make them the first step — not the last — toward limiting hog farms’ pollution.

Whatever their impact, Duke Energy needs many more renewable gas ventures just to meet its tiny swine waste-to-energy requirement, just a fifth of a percent of its electricity sales by 2022.

The company couldn’t say how much more renewable gas it needed to buy to meet to fulfill its mandate. But Maloney didn’t hesitate. “A tremendous amount,” he said.

That’s why, as soon as they ensure the Kenansville project is operating properly, he said, “then we have to focus on the next four.”