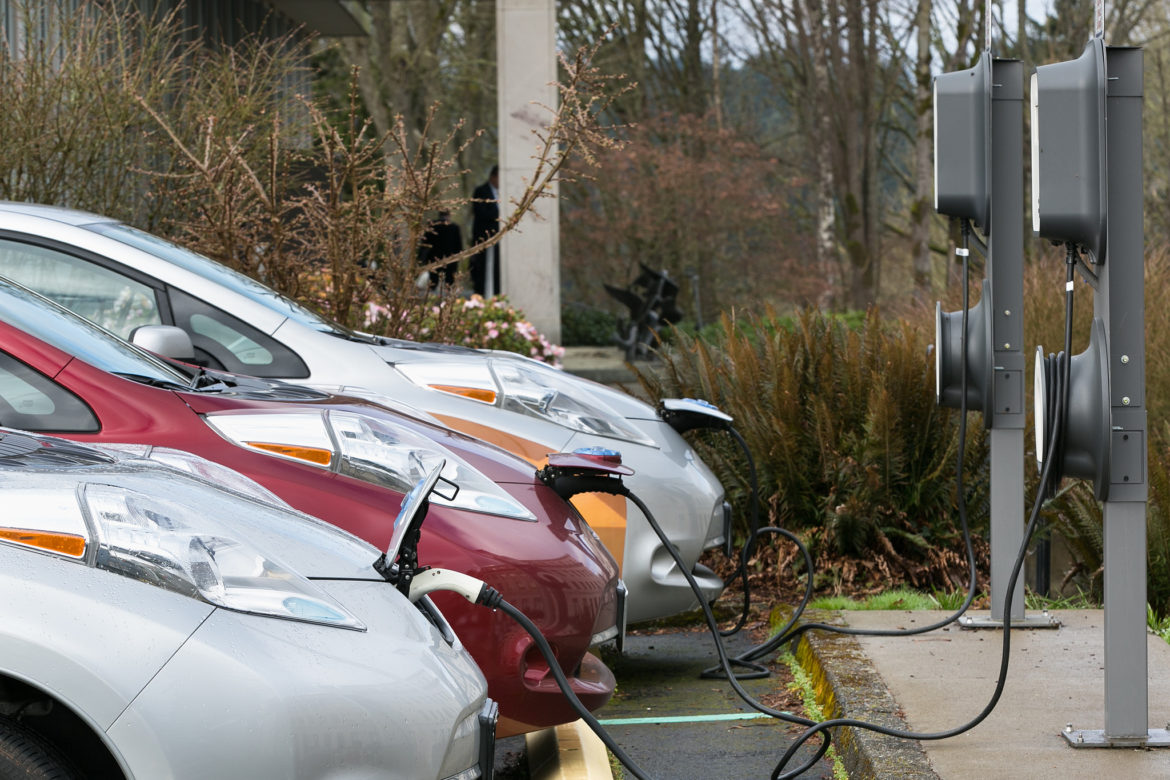 Researchers say the power grid could handle the increased demand by electrifying the U.S. vehicle fleet, though it would take utility planning.

An Illinois Commerce Commission discussion looks at how EVs will affect the state’s grid, utilities and customers.

Within decades, more than a million electric cars and trucks are predicted to be on the road in Illinois. When they’re parked and plugged-in, they’ll have potential to act as roving power stations that help balance supply and demand on the state’s electric grid.

Electric vehicles could dramatically reshape the grid to be more reliable, cheaper, and cleaner in Illinois. But there’s no guarantee, and electric vehicles pose some risk, too. The Illinois Commerce Commission hosted a wide-ranging stakeholder group Wednesday to debate the potential, and potential obstacles.

The good news for electric vehicles: Battery prices are declining rapidly, and researchers predict electric cars will have lower lifetime costs than those with internal combustion engines within the next decade. “Electric cars are coming, and utilities are ready,” Dan Bowermaster, a program manager of electric transportation at the Electric Power Research Institute, said. “Car companies, utilities, the free market are working hard on different ways to integrate cars onto the grid.”

All this has Illinois’ utilities looking at how to prepare the grid for an uptick in electric vehicles. “We have to take it seriously,” Jane Park, vice president of regulatory policy and strategy with ComEd, said before the commission. “It directly correlates with storage, with grid reliability, with interconnection, every major topic that we are wrestling with.”

Katie Bell, energy policy and business development for Tesla, told commissioners that technology costs continue to go down substantially. “There are billions of dollars of benefits that can be released,” Bell said. “But to get to those benefits, a lot of EVs have to be on the road.”

Electric vehicles will save Illinois residents billions in reduced electricity bills, gas and service costs, and environmental benefits. The exact savings will depend on the number of EVs on the road, but a report published last year by MJ Bradley and Associates projected the savings by 2050 to be at least $12 billion and as high as $43 billion.

Electric cars and trucks have not found a fast market in Illinois, yet. It’s estimated that there are between 12,000 and 15,000 electric cars on the road, less than one per every 1,000 cars. Illinois will need to see that figure rise rapidly to realize the economic benefits.

An unknown is how federal policy will impact car manufacturing. This week, the Trump administration announced that the Environmental Protection Agency will most likely roll back Obama-era automobile standards for emissions and fuel efficiency,  which could have a chilling effect on the growth of electric cars. “That could be a game changer,” Park told commissioners.

Another potential problem: poorly managed electric vehicles costing utilities money through charging-related overloads. Last year, the Smart Electric Power Alliance released a report on the opportunities and challenges posed by electric vehicles for utilities, which recommended that utilities manage the peak increases from EVs: “The challenge for utilities is to find a way to distribute these charging events across the full span of off-peak hours, or even better, to time vehicle charging for periods of high renewable energy production—midday for solar or night-time for wind.”

Big questions remain about access, too. “We have pushback from consumers that say they are discriminated against because they live in the city,” Commissioner John Rosales said. “How do you go about this where it’s not the haves and the haves not? With people in the suburbs that have garages and can plug their vehicles, but people in the city cannot?”

The ICC isn’t planning rule changes yet, but electric vehicles are a key discussion point of a Next Grid working group, which plans to release findings next year.