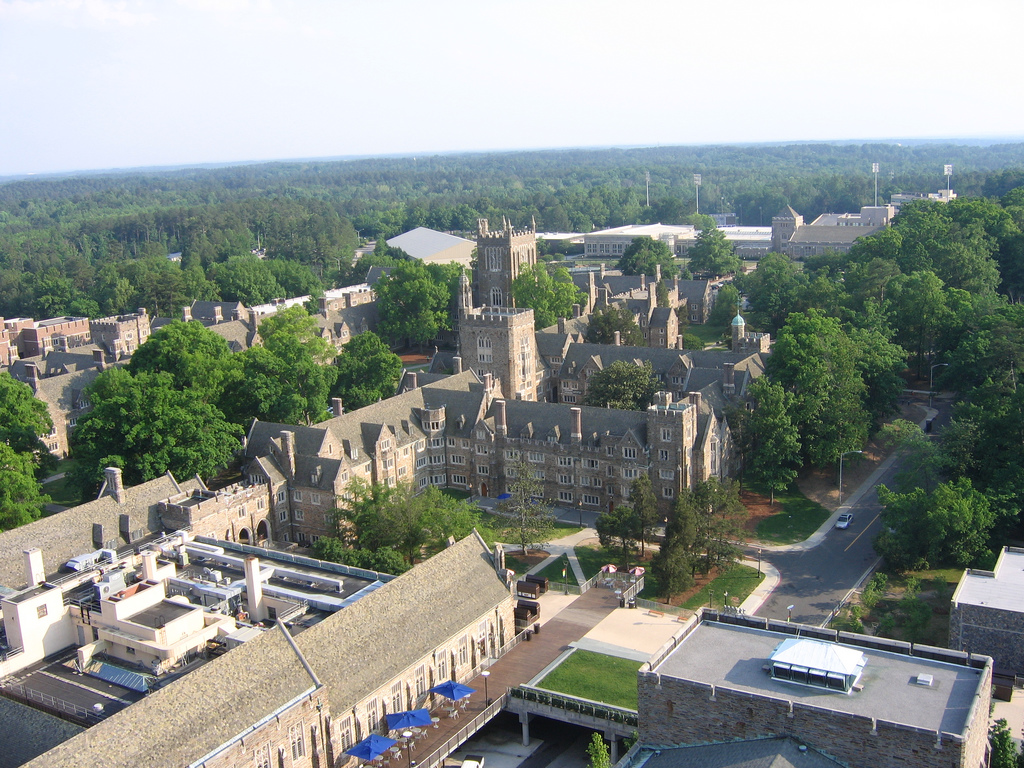 The school said its “ immediate focus” will be meeting current energy needs with methane gas captured from North Carolina’s hog waste — the climate-friendly energy source the new plant was supposed to burn.

The announcement was a setback for Duke Energy, the utility that shares a namesake but no other connection to the university, which sought to own and operate the small plant that would initially run on fossil gas.

But it was a win for student and environmental groups that had battled the power plant for nearly two years, arguing that swine biogas should replace the school’s existing use of fossil fuels.

A major renewable natural gas buy from the university could jumpstart the fledgling biogas industry in eastern North Carolina, mitigating some of the pollution and stench that thousands of large-scale hog operations have caused the region for decades.

Still, activists caution that the school should include neighbors of hog farms and other impacted communities in any purchasing decisions. At a public meeting hosted by the university this week, environmental groups will also press for the meaning of “indefinitely.”

“That’s something we definitely want to raise,” said Ariyani Challapalli, the undergraduate head of the Duke Climate Coalition, one of the major groups fighting the plant.

A proposal troubled from the start

Duke Energy had planned to add the 21-megawatt combined-heat-and-power facility to its generation fleet in North Carolina, proposing to sell the electricity to all of its customers and the steam exclusively to the university.

Combined heat-and-power plants can be nearly twice as efficient as their single-cycle counterparts, and they’re increasingly popular on college campuses, which want emergency power sources for hospitals and research labs. Most of these units are upgrades of existing plants already owned by the schools.

But following a national trend in the utility sector, in 2016 Duke Energy planned to add several new on-campus plants to its asset base, to be paid for through electric rates. One such facility, at South Carolina’s Clemson University, is scheduled to begin construction later this spring.

But the company’s proposal in Durham was troubled from the start. The plant was unveiled hours after students had left for summer break in May of 2016, timing critics decried. The school claimed the additional turbine would reduce its climate footprint using calculations that were widely panned and later revised. North Carolina ratepayers would foot the bill for the facility, even though it would benefit a private university.

A pledge for renewable natural gas

After a year of criticism, the university relented, promising to build the plant only if it could buy enough swine biogas to fuel it within five years.

“I think we can get enough biogas in this plant the day it fires so that it’s carbon neutral,” Tim Profeta, who leads Duke’s Nicholas Institute for Environmental Solutions, said at the time.

The pledge was a non-sequitur for some climate activists, who knew little of the technology. In fact, the school had been on a years-long quest to convert the state’s 10 billion gallons of swine waste to energy.

Biogas offers a dual climate benefit, both displacing fossil fuels and capturing methane emissions that are many times more potent than carbon. It limits volume and odor from football-field sized, open-air pits where most hog waste is stored.

A handful of hog farms around the state, including one sponsored by the university, now capture methane gas and burn it onsite to create electricity. But a new technology could help waste-to-energy spread to more of the state’s 2,100 swine operations in eastern North Carolina.

Using the “directed biogas” method, the methane is purchased, purified and injected directly into existing pipeline infrastructure. The renewable natural gas is then used by the customer at the other end.

Duke Energy just started buying enough biogas from North Carolina’s first renewable natural gas project to produce electricity for almost 900 homes. If the university did the same on a larger scale, the impact would be tremendous: the 21-megawatt plant would require gas from hundreds of hog farms.

“That’s a huge, huge number,” said John Steelman, an analyst with the Natural Resources Defense Council, who’s also a Duke alum. “It’s just so important that the university really think through the implications of such a scale-up.”

The plant’s delay isn’t because the university views those implications as negative, and campus officials say they’re closing in on a significant buy of renewable natural gas. It would go above and beyond the small amount Duke Energy is required to produce under state law.

“We have made great progress on securing a steady supply of biogas that can be used in our existing plants,” said Mike Schoenfeld, a spokesman for the university.

But the school separated the issue of biogas from the question of whether to build the plant as a response to critics. “It’s certainly the core thing we’ve been asking them to do,” Steelman said.

The university acknowledged another demand from Steelman and others: a need to conduct a thorough review of its long-term energy needs before signing off on $50 million in new equipment that ratepayers would be forced to finance.

A full-court press by plant opponents, including a letter signed by several prominent alumni sent last month to Duke president Vincent Price, may have also had an impact.

Even with the plant suspended, environmental activists say the school should conduct a transparent review of its energy needs, and proceed carefully on biogas. Decades of battle with the hog industry have left many communities bitter and distrustful of anything that might perpetuate it. And though the process will curb odor, it leaves the problem of water pollution from waste pits largely unaddressed.

Jim Warren, the director of Durham-based nonprofit North Carolina Waste Awareness and Reduction Network, said in a statement he was encouraged by the university’s commitment to biogas. But, he continued, “the effort must also relieve the immeasurable negative impacts on neighbors of the thousands of industrial hog operations across eastern North Carolina.”

No matter what, suspicions of the hog industry, the elite university, and Duke Energy run high. At a public forum the school holds Tuesday evening about biogas and its campus-wide goal of zero greenhouse gas emissions, tensions surely will, too.