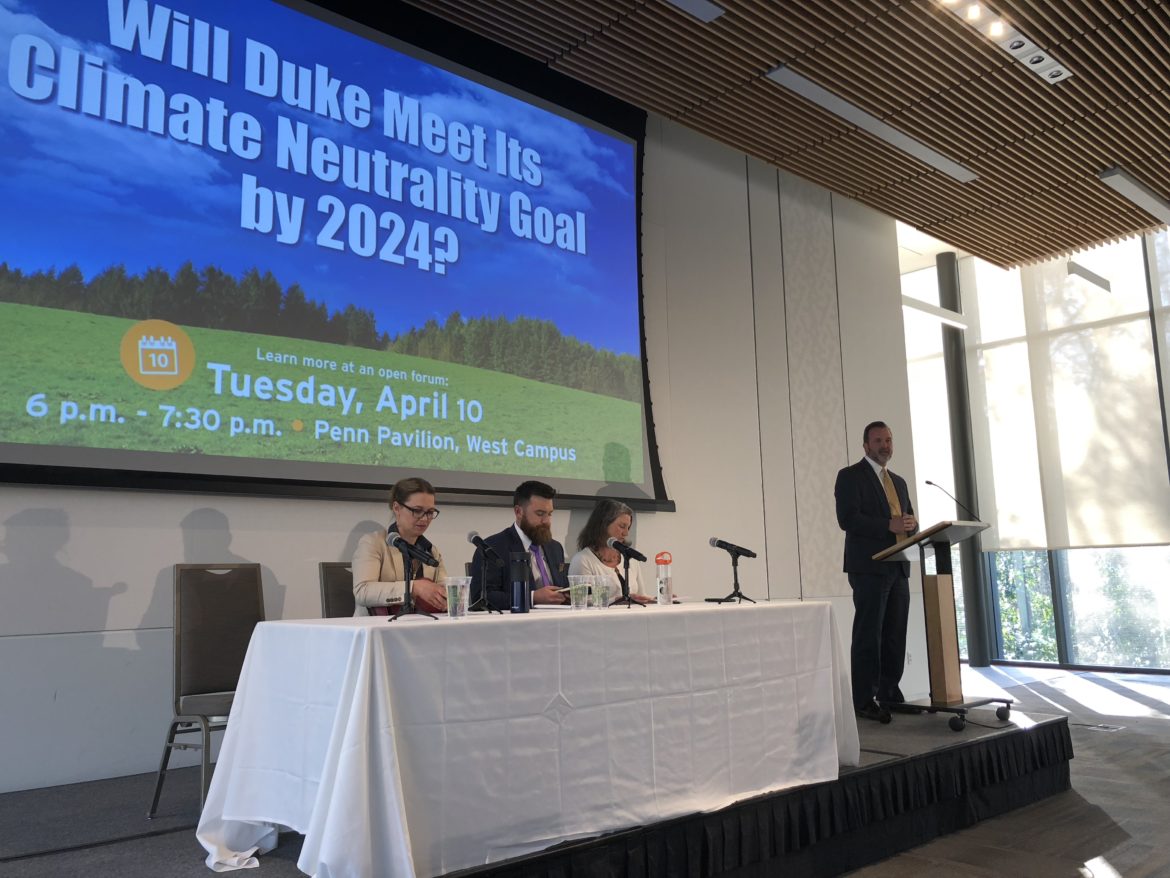 Duke University is counting on gas captured from pig manure to meet its climate change goal, officials said at a forum Tuesday evening.

The Durham, North Carolina school, like others across the country, aims to ratchet down its global warming pollution and spur clean energy projects to cancel out emissions it can’t control, such as faculty and student travel.

The university has already lurched toward its target by phasing out campus use of coal and ramping up efforts to save energy. “But we’re going to have to make one more big move to get to climate neutral by 2024,” executive vice president Tallman Trask III said.

That big move, the way the university figures it, will involve gas harnessed from some of the state’s 2,100 hog farms, which currently store waste in large open-air pits.

Capturing methane otherwise released into the atmosphere, purifying it, and injecting it into existing pipelines can displace fossil fuels and curb emissions of methane, a pollutant 34 times as powerful as carbon dioxide.

“What’s so attractive is this dual dividend idea,” said Tanja Vujic, Duke’s director of biogas strategy. “You [don’t] just destroy the methane, but [also] make something valuable in its destruction.”

The forum was sparsely attended, perhaps because days before the school announced it would sideline indefinitely a proposal for a new power plant originally included in the school’s climate neutrality plan.

Trask doubled down on the plant delay, dispelling rumors officials would ask the school’s board of trustees to approve it at a May meeting. “We will not and we are not,” he said.

Officials also promised Tuesday to conduct a comprehensive energy analysis that includes the community outside the university — a key request from student and environmental activists battling the project.

When and whether the university will revisit the controversial plant remains to be seen. “Until you start the process you don’t know how long it will take,” Collins said. “We may come back to the same conclusion. We may not.”