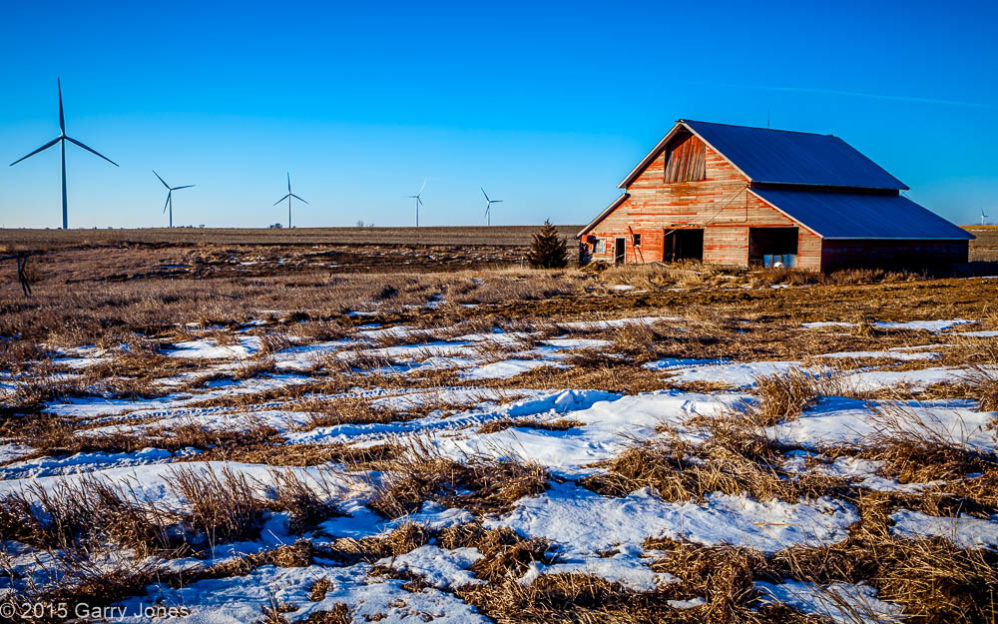 Activists are pitching a clean power plan directly to utilities instead of trying to sell state lawmakers on it.

Clean energy proponents in Nebraska, stymied by state government, are going directly to the state’s largest utilities in an attempt to make change.

A coalition of organizations has begun lobbying the state’s major utilities — which are all publicly owned — to adopt a clean energy plan that it unveiled earlier this year.

Meanwhile, several candidates who support clean energy are running for four seats on the board of directors of the Omaha Public Power District.

The new, more direct approach follows years of frustration at the state capitol in Lincoln, where lawmakers in recent years rejected a renewable portfolio standard and multiple bills related to net metering and community solar.

Clean energy supporters like Ken Winston, who lobbies for Nebraska Interfaith Power & Light, said he decided their time and energy would be better spent talking directly with utilities “rather than lobby the Legislature on legislation that is not likely to go anywhere.”

The group is one of 14 that have endorsed an energy plan for the state called the Husker Power Plan. The group hopes to persuade the state’s three major utilities to voluntarily adopt all or parts of the plan.

Nebraskans are concerned about climate change and want the state to do its part to reduce carbon emissions, said Matt Gregory, clean energy advocate for the Nebraska Wildlife Federation and a leader of the Husker Power Plan effort. Some hoped state officials would craft an energy plan, but it didn’t happen.

“So,” Gregory said, “we moved forward with our own plan.”

The plan calls on utilities to double the state’s use of wind power over the next five years, add at least 129 megawatts of community and utility-scale solar projects and reduce electricity use by 2 percent annually through 2023.

After releasing the plan in January, the coalition behind it began lobbying Lincoln Electric Service, which members thought would be the most receptive of the state’s three major public power companies. Marilyn McNabb of the Citizens’ Climate Lobby is a former board member for the utility and helped the Husker Power Plan coalition make contact with the board.

“They allocated something like 15 minutes” at their February board meeting, Gregory said. He and a few others described the plan to utility board members. “We talked about … the urgency of climate change. There may be board members who appreciate the urgency.”

The group received no questions or immediate response from the Lincoln Electric Service board. It also followed up with a letter asking the utility to provide annual reports on carbon emissions from its fossil fuel power plants.

Jason Fortik, vice president of Lincoln Electric’s power supply division, said he thinks the utility largely already meets the aims of the Husker Power Plan except when it comes to solar. The plan calls for Lincoln to get 1 percent of its power from solar. Currently, it’s one fifth of that amount.

Fortik said there is support inside the utility to do more with solar power, but it hasn’t figured out its next step. He estimated that hitting the 1 percent target would require another 20 megawatts of  solar capacity. Customers and the board would have to support it, he said, and as with wind, the larger conditions would have to make sense.

“We added wind when it was a good technical and financial position,” Fortik said. “It would be the same with solar.”

Next, the Husker Power Plan committee plans to approach the Omaha Public Power District. “We’d like to start meeting with some staff members, and definitely with some members of the board and talk to them about…what they think would be feasible,” Gregory said.

Gregory is hopeful that the Omaha district might be receptive to parts of the plan because of the election in 2016 of two directors who have expressed support for renewable energy. The board could become friendlier yet depending on the result of a board election later this year. At least one candidate for each of the four seats up for election has expressed support for clean energy.

As the only state in the nation that gets all of its electricity from publicly owned utilities, Nebraska presents a unique opportunity for motivated citizens. Two of the state’s three largest utilities, the Omaha Public Power District and the Nebraska Public Power District, elect boards of directors. (The Lincoln Electric System’s directors are appointed by the mayor.)

One candidate, Eric Williams, said he wants to see the Omaha public utility ramp up renewable energy, and he thinks the company and customers could benefit from smart grid technology and electric vehicle charging.

Some candidates take issue with the utility’s rate structure, especially the board’s decision in 2015 to gradually hike the $10 monthly fixed fee. It is now $25 and will peak at $30 in 2019. Candidate Janece Mollhoff said that hurts customers using a minimum of electricity, whether they are people with efficient homes or their own renewable generation systems.

The company also essentially encourages energy use with declining rates during the eight cooler months of the year, Mollhoff said. She said she’d like to explore a rate structure “that would encourage economy, conservation and efficiency.”

Amanda Bogner is running against three competitors. A mechanical engineer, she founded a company that advises property owners, particularly businesses in construction, on how to optimize energy use.

Although OPPD offers a few energy-efficiency benefits, Bogner said, “I don’t think they’re publicized much. I don’t think building owners know they exist. We don’t have very good support from the utility company to make our buildings here in Omaha higher efficiency. There’s not a cultural mindset. I want to help change the mindset around energy use.”

Bogner is in one of two four-way contests that voters will narrow in the May 15 primary election. In November, it likely will be clearer whether activists will make more headway with utilities than they have with the state’s legislature and administration.