Photo By
Samuel A. Love 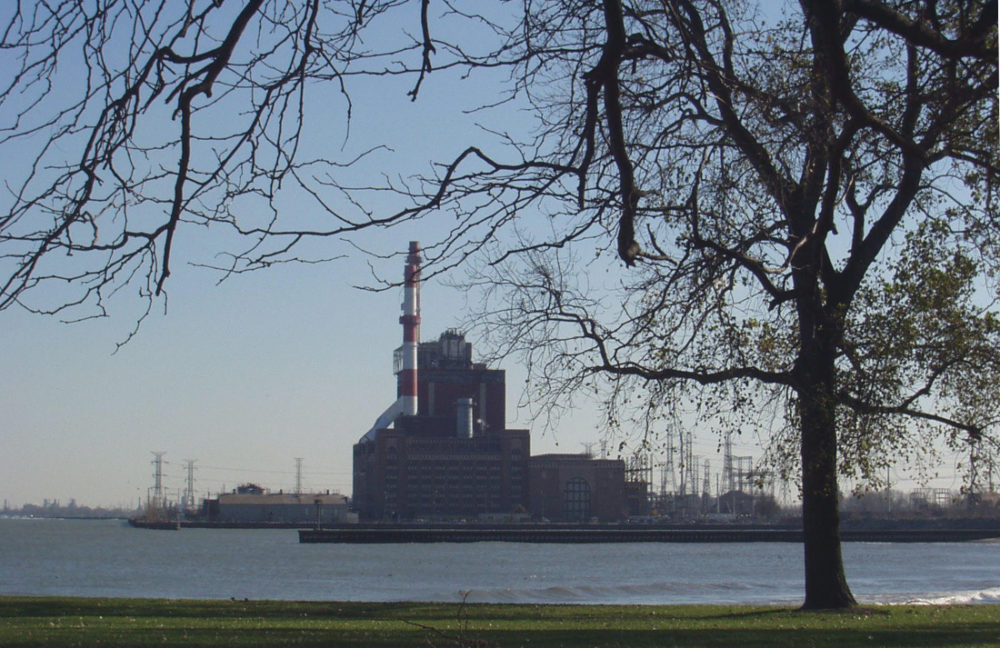 The “21st century” development will include a tech incubator, renewable energy, and greenhouse warmed by waste heat.

Soon, the former power plant’s site on the shore of Lake Michigan may again become a driver of the area’s success in the modern-day digital economy.

A group of developers including a Gary, Indiana, native have plans to make it home of a massive data center providing server space for national companies and major institutions. They also plan to develop an on-site tech startup incubator, renewable energy generation and a greenhouse warmed by waste heat from the servers.

It’s the kind of development that locals in the heavily industrial, heavily polluted region want to see on the site, which some worried would languish or become home to more heavy industry after the coal plant closed in 2012.

“That’s a 21st century operation,” said Peggy Salazar, executive director of the Southeast Environmental Task Force in Chicago, which had long been active around the State Line plant. “Data centers don’t generate a lot of jobs beyond construction, but if they maximize the green energy and the tech incubator, that creates jobs, and It’s the wave of the future.”

The data center plan came about out of a disappointment for the city of Hammond. Like Chicago, Hammond had competed vigorously for Amazon’s second headquarters, offering up the former coal plant site just across the Indiana state line from Chicago. Local officials and the site’s owners had moved to quickly clean up and promote the 77-acre parcel.

But when the tech giant turned down the offer, Indianapolis attorney and telecom investor Tom Dakich and New York-based “data center mogul” Peter Feldman stepped in. Dakich said that while he’d long known about the site, growing up nearby in Gary, he never thought about its potential until the Amazon bid and an enthusiastic recommendation from long-time local real estate broker and consultant Matt Reardon.

Dakich soon realized that the site could be ideal for a data center. Such centers need large amounts of electricity, water, and space, and the State Line site has all three thanks to the remaining electric substation infrastructure and the lake. The site also offers proximity to Chicago but tax and regulatory benefits of being in Indiana.

“Without the Amazon bid we wouldn’t be here,” said Dakich, who is the brother of well-known sportscaster and former Indiana University basketball player Dan Dakich.  “It never would have been on my radar.”

He also appreciates helping to shape the next chapter for the coal plant and the region, turning a site symbolic of heavy, dirty industry of the past into an example of cleaner, high-tech industry of the future.

An ambitious plan, a growing sector

The data center could eventually cover a million square feet, composed of five buildings of 100,000 or more square feet each. Dakich said they will start with one building of about 105,000 square feet and then move forward depending on demand for leased server space.

The project is being built with $20 million in tax incentives from the state and city of Hammond, which lost its biggest property taxpayer with the closing of the State Line plant, that had paid up to $4.5 million in taxes per year. Dakich said their LLC, Indiana NAP, has sufficient financing lined up to collect the tax incentives and embark on the project, though they are still seeking “better and less expensive financing.”

Data centers are typically measured by the amount of electricity needed to run them. With 230 megawatts, the Chicago area ranks third nationally for data center capacity, according to Crain’s Chicago Business, behind northern Virginia and Dallas/Ft. Worth, and just ahead of Silicon Valley.

Chicago already has one of the largest data centers in the world, 1.1 million square feet near the McCormick Place convention center about 10 miles northwest of the State Line site and about a mile east of the Fisk coal plant. That center is located in R.R. Donnelly’s former Lakeside Press building.

There’s also a data center a mile west of a Chicago coal plant, Fisk, which also closed in 2012, on a parcel of land by the Chicago River that once housed the Chicago Sun-Times printing plant. There are also multiple large data centers in the Chicago suburbs, and another data center proposed about a mile north of the massive one.

While the State Line coal plant sent out as much as 515 MW of power onto transmission lines, the State Line data center will need anywhere from about 10 to 100 MW to run its round-the-clock operations. Dakich said the three substations on the property, with a capacity of several hundred megawatts, could help get sufficient power to the center. However the substations are part of the Northern Illinois utility ComEd’s infrastructure, whereas the utility NIPSCO would be the data center’s provider. He’s hoping they can broker an agreement to let the data center use the ComEd substations and nearby transmission lines.

Meanwhile the data center will generate its own renewable energy with solar panels on the roof and mounted on the ground, and wind turbines likely also on the premises, Dakich said. He said they even want to try hydro power, with a 5 kw turbine mounted in a canal that comes off the lake onto the site.

Like coal plants, data centers also need much water to cool their equipment. Fishermen used to cluster around the outfall from the power plant, because the warm water flowing out attracted fish.

“We can pull a little water out of the lake and run it over our coils,” said Dakich. “There are no chemical processes…the water goes in at a certain temperature, and goes out at basically the same temperature.  It’s very easy… so the site is wonderful, because we have so much access to that water.”

The data center will also have natural gas-fired generators on-site, plans say. And the waste heat generated by the servers will be captured to warm a greenhouse to be operated by Purdue University Northwest, Dakich said.

While Dakich says he is passionate about renewable energy, Feldman also specialized in energy efficiency and hydrogen and natural gas fuel cells during his two decades developing data centers.

Dakich said the land needs no further environmental remediation, thanks to the efforts made in hopes of attracting Amazon.

“Before we got involved the mayor and the owners of the land prepared the land, remediated it to get it ready for somebody,” said Dakich. “They spent the money to get it right and clear all the nasties out of there, with the anticipation that somebody would start paying attention to it. It took a lot of guts, because they didn’t have to do that. The mayor and governor and people who own it should get a big pat on the back.”

The State Line plant opened in 1929, with the other unit that was still operating until its closure launched in 1938. Along with the Fisk and Crawford plants in Chicago, it was the brainchild of Samuel Insull, Thomas Edison’s protege and competitor.

Commonwealth Edison, which was founded by Insull, ran the plant until being ordered to sell it during deregulation in the late 1990s. In 2002 it was acquired and run by Virginia-based Dominion Natural Resources, selling power on the open energy market. But coal power especially from older plants became uncompetitive in those deregulated markets, and like the Chicago plants it couldn’t compete with cheaper natural gas-fired electricity or afford to install required pollution controls.

After the plant’s closing, Dominion sold it to the company BTU Solutions, while paying penalties for violation of the Clean Air Act.  In 2013, part of the site was purchased by a company whose principals were brothers Alan and Simon Beemsterboer, who said they envisioned a marina and housing on the lakefront site. Many locals meanwhile argued for public access and worried whether remediation would be adequate, given decades of storing coal, coal ash, buried storage drums and various chemicals onsite.

“It was a gorgeous plant – a stunning building,” Dakich said.  He noted that the brick archway at the entrance to the site will be preserved.

“That’s a big deal – for 80 years that’s how people got to work,” he said. “We’re also going to put the largest flagpole in the state of Indiana [there] so people from the highway can see what we’re doing. The mayor came up with the idea, I’m thrilled with it.”

Fears about the future

After the coal plant’s closing, many residents of the nearby Southeast Side of Chicago and Northwest Indiana worried that it would become home to another polluting enterprise or industry. Among other things they feared it  would become a repository for petroleum coke, since Beemsterboer Slag Corp. had owned a petcoke storage site in Southeast Chicago until community activism and a lawsuit by the Illinois Attorney General forced them to remove it.

Others wondered whether the site would ever host the kinds of jobs that had for decades helped sustain surrounding communities. Workers and local business owners mourned the coal plant’s closing, noting the loss of not only union jobs at the plant but also business at nearby restaurants and for local vendors who supplied goods and services.

“We were worried it could be another dirty industry, or that the site would just languish, which is what happens too often here,” said Salazar.

She added that local leaders want to be sure that the tech incubator, renewable energy and greenhouse happen as part of the project from day one, not as proverbial “phase five” plans put off for the future.

Dakich said the data center will create about 250 construction jobs, and economic stimulation and long-term jobs via the tech incubator. He said the tech incubator will “employ 50 kids” who might come up with the kind of innovation Insull was known for in his day.

“One of those big ideas may come out of this,” Dakich said. “We’re not pushing CO2 into the air, we’re pushing it into a greenhouse that’s going to teach kids. It’s a really good use of this land.”