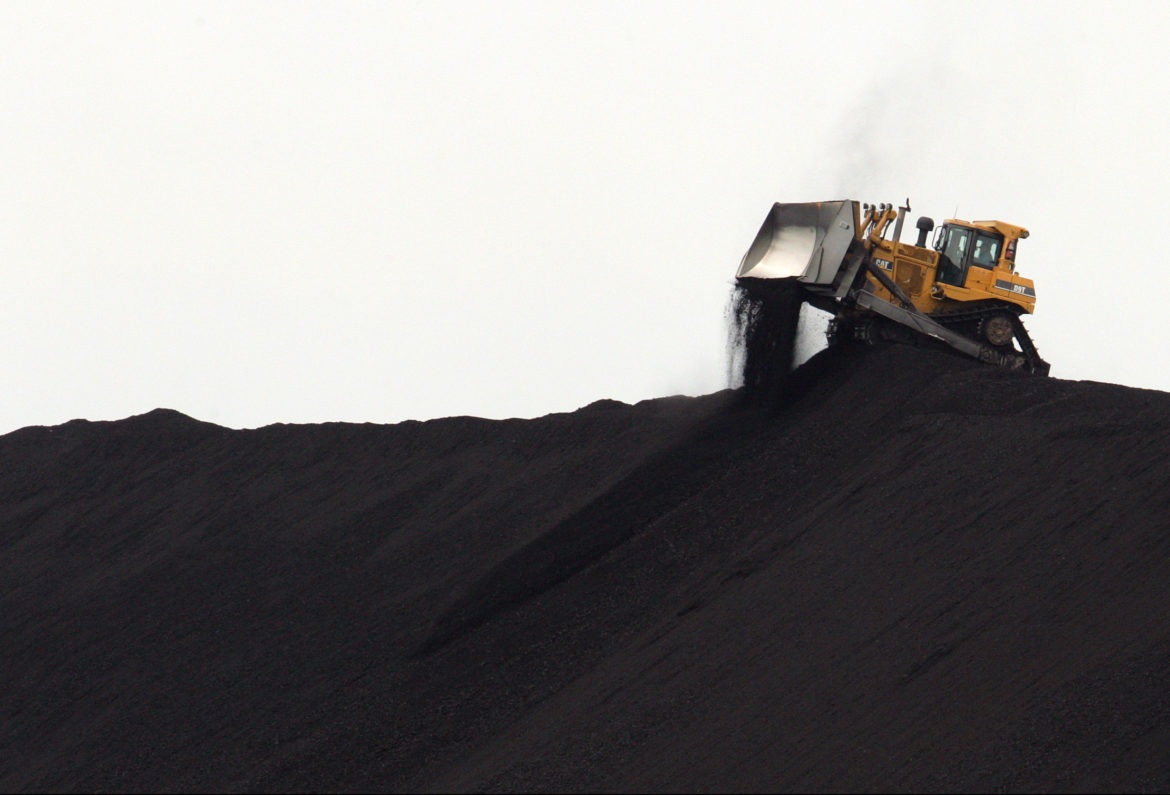 A bulldozer pushes coal at a rail/barge terminal on the Tennessee River in September 2010.

The latest fuel security plan by grid operator PJM isn’t likely to help the region avoid or bounce back from interruptions caused by extreme weather and other threats, critics say.

The plan errs by placing its focus on preventing fuel supply disruptions at larger power plants and ignores the potential resiliency benefits of fuel-free, distributed generation such as wind and solar, clean energy advocates said.

“If anything, PJM should do a study on why it does not have a higher penetration of wind and solar,” said attorney and energy analyst Jennifer Chen at the Natural Resources Defense Council.

The PJM grid area includes all or parts of 13 states, plus the District of Columbia. As more coal and nuclear plants close, PJM wants to make sure the region or parts of it don’t become overly dependent on a single source of fuel, PJM President and CEO Andrew Ott said during an April 30 press call announcing the fuel security initiative.

There is no worry about that now, Ott said, even with the announced closure of several coal and nuclear plants, including two FirstEnergy plants in Ohio and another in Pennsylvania. Nonetheless, he said, “looking into the future for this is important.”

“We expect our analysis will result in a concrete set of criteria to actually value fuel security,” Ott said.

Neither PJM’s news release nor a paper released by the grid operator mentioned renewable energy, except to say that PJM foresees “the addition of more natural gas and renewable resources” on the grid.

As things stand now, the region has the lowest percentage of wind and solar generation, Chen said. Responding to reporters’ questions, Ott said that “firm” renewable resources “would have this attribute of fuel security,” although he wasn’t able to say what that would look like as a combination of wind, solar and battery storage. But, he added, it would probably qualify at “a much smaller level than its nameplate capacity.”

PJM’s vagueness seems to contrast with rules adopted by the Federal Energy Regulatory Commission this winter. Those rules call for regional grid operators to take steps to allow battery storage resources to take part on basically a level playing field in the capacity, energy and ancillary markets. Those rules take effect on June 4.

Batteries can store excess electricity produced by solar panels, wind turbines, or other renewable energy generation. As a result, they could potentially resolve objections to the variable nature of renewable energy resources. And battery storage technology is making great strides in performance and cost-effectiveness, speakers noted on March 7 at the Advanced Design & Manufacturing Expo in Cleveland, Ohio.

The focus on power plant fuel security as a resilience strategy is “misplaced,” said Michael Panfil, an attorney and energy market analyst for the Environmental Defense Fund. “Customer outages caused by generation and fuel supply shortages are exceedingly rare.”

Energy analyst Rob Gramlich of the Washington-based consulting firm Grid Strategies LLC and his coauthors reached a similar conclusion in a May 2 report. “There is little current basis for finding that generation supply — as a generic issue — is a serious threat to power system resilience,” the team reported.

Most outages result from distribution problems, not from problems with generators, the report noted. Moreover, most long-duration outages have resulted from extreme weather events, rather than problems at particular power plants. The most cost-effective measures to boost the system’s resilience would address those issues, the authors suggested.

Otherwise, the report said, “we will end up committing significant amounts of money and effort to improve resilience, yet have little constructive impact on the probabilities or actual levels of future customer outages.”

Indeed, PJM’s initiative could wind up sending signals to the market that encourage inefficiency while doing little to increase resilience, Chen said.

“PJM’s proposed solution is to increase capacity prices in zones that PJM determines would have less access to fuel during stressful events,” she said. “Theoretically this could incentivize new pipeline build or on-site fuel storage.”

Power plants with on-site fuel have gone offline for other reasons during extreme weather events, Chen said, while demand response and wind energy can still perform.

“Fuel-free resources like wind and demand response have proven valuable during extreme weather events,” Chen said. “And storage and renewables in combination is particularly promising.”

Those resources that could be placed close to customers, reducing the risks of power loss from fallen transmission or distribution lines. Yet, Chen noted, the benefits of renewable energy and battery storage “are completely ignored in [PJM’s] sketched proposal.”

PJM’s Markets & Reliability Committee followed up on the April 30 announcement with a May 8 discussion meeting. More work will follow, including an analysis of the likelihood that weather, security threats or other events could cause significant service interruptions in different areas that would depend on a single source for power plant fuel.

PJM’s new plan comes on the heels of a study last year on “fuel diversity.” The report concluded that “many of the potential future resource portfolios are likely to be reliable.” Questions about resilience could arise, the paper added, if there were “‘heavy’ reliance on one resource type, such as a resource portfolio composed of 86 percent natural gas-fired resource.”

PJM is also promoting other actions that Panfil, Chen and others have said could keep inefficient coal and nuclear plants in the market longer.