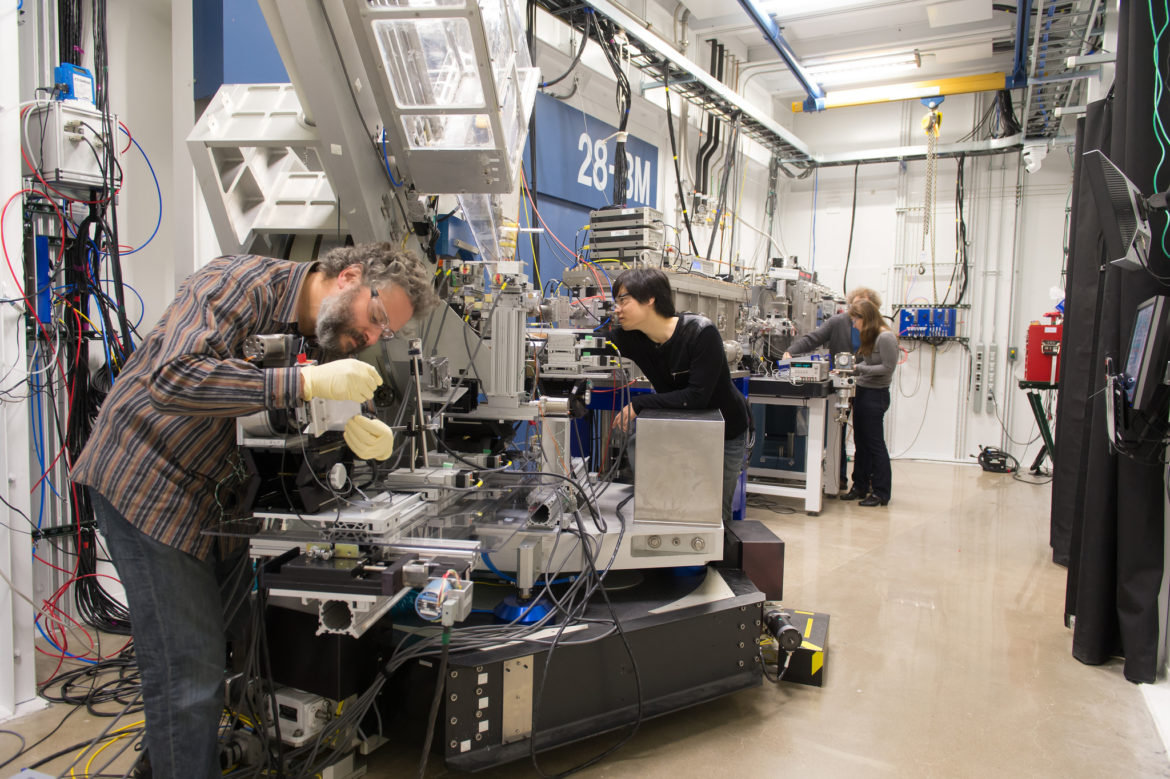 Some of the advanced research equipment at Argonne National Laboratory will be available to young entrepreneurs under a new Energy Department program.

Erika Boeing is developing a small wind turbine she hopes can someday find a home alongside solar panels on the rooftops of big-box stores, factories and other large commercial and industrial buildings.

A major challenge for her St. Louis-based company: securing funding, which is generally harder to come by for advanced hardware than software startups. And Boeing and her team are at “the limit of our expertise and computing resources for computational fluid dynamics modeling,” as she describes it.

Boeing hopes to take her technology and her company to the next level through a two-year mentorship and incubator program run by Argonne National Laboratories, which provides extensive support to post-doctoral researchers developing advanced energy technology.

Boeing is among six new “innovators” announced last month in Argonne’s Chain Reaction Innovations program. They were chosen from 83 applicants from 26 states.

Chain Reaction Innovations is “the Midwest’s first entrepreneurship program to embed innovators in a national laboratory,” according to Argonne. It is funded by the Department of Energy’s Office of Energy Efficiency and Renewable Energy (EERE), and draws mentors from the Polsky Center for Entrepreneurship and Innovation at the University of Chicago and Purdue University.

Chain Reaction Innovations also started a cohort of innovators last year, who have another year to go. They include Felipe Gomez del Campo, whose company is developing a more efficient way for jets to burn fuel; and Ian Hamilton, an Indiana native who founded a nuclear battery company based on his work as an undergraduate at Purdue.

“We need entrepreneurs in clean tech to drive innovation, and we need a stronger connection between national laboratories and entrepreneurs to accelerate that,” said Rob Ivester, director of the Advanced Manufacturing Office of EERE, in a statement. “The more we as a nation drive technologies into applications that change manufacturing, the more we realize the direct benefits of that innovation through job creation, economic growth and global competitiveness.”

Boeing went to the Netherlands on a Fulbright scholarship in 2014 with the intent of figuring out how she could best use her skills and training as an engineer to build a more sustainable future. The experience focused her on wind energy, and today she is working on technology that could make on-site wind power more feasible at industrial and commercial buildings.

“The wind environment around these buildings is often more predictable, and they often have demand for higher energy production on-site,” making them prime candidates for distributed wind power, said Boeing, founder and CEO of the company Accelerate Wind.

“Right now the biggest problem with small wind and distributed wind energy technologies is that they are just far too expensive. For the majority of buildings, wind technologies available today won’t make financial sense and often won’t pay themselves back within their lifetimes.”

The main way Boeing aims to make small wind installations more economical is by creating turbines that can temporarily store energy. Her technology uses spinning flywheels to momentarily store energy, similar to how flywheels are used to stabilize the electric grid.

Boeing is also designing turbines to be located on parts of buildings that have the highest wind flow. While her current focus is on large commercial and industrial buildings, Boeing said the technology could be used on other small wind applications, and could generally help make small wind a more prominent part of the distributed energy landscape.

“I think that seeing more renewable energy being integrated into people’s lives will help to raise awareness that renewables really are technologies that are possible and will drive support for more renewables as a whole,” she said.

From idea to reality

Gomez del Campo’s work originated out of a science fair project he did while in high school in Cypress Bay, Florida, and presented at an international science fair in Pittsburgh in 2012.

“When I was flying back, one of my teachers pointed out the window and asked me if I could imagine if in 10 years every aircraft flying is more efficient because of something I invented,” remembered Gomez del Campo, who is originally from Mexico City. “That gave me the idea that I should probably keep developing this and see where this takes me.”

It ultimately took him to the TV reality entrepreneurship show “Shark Tank,” which he calls a “surreal experience,” and to Argonne, where he works out of the Distributed Energy Research Center and uses Argonne’s Advanced Photon Source, “the nation’s highest-energy X-ray synchrotron for materials characterization” as described by Argonne.

“In combustion, you have these large fuel and smaller air molecules which need to break up into smaller component molecules before they form combustion products,” he explained. “I liken this to playing with Legos: if someone gives you a block of Legos all stuck together and asks you to make something from it, you first have to go take apart the block piece by piece. This takes time and energy. However, if you hit this block with a marble — like you would with an electron from plasma — you now have all of your individual component pieces separated and can build something new like a Lego car or combustion products quicker and more efficiently.”

Gomez del Campo comes from a family with five generations of engineers, “so I’ve always had that exposure to science and how to practically apply it to make something about our world better,” he said. “I think having a front row seat to this as well as, to their enormous credit, my parents’ willingness to let me run experiments in our garage for instilling me a love of science and an admiration of how it can be harnessed to improve our world.”

He said helping to turn theoretical science into real-world applications is a major value of the Argonne program, since it leverages some of the country’s top scientists and scientific resources to help researchers early in their careers develop commercial applications.

Gomez del Campo said he hopes to be a role model for youth interested in science — though he still “considers myself a young person” —  “especially in showing that science is great but especially when it leaves the lab.”

“I think there needs to be more emphasis from the academic community in encouraging students in STEM fields not to look just at doing interesting science and publishing papers but also looking at ways to transition technologies to society to drive real benefit,” he said.

Gomez del Campo added that government science, support and cooperation with the private sector is crucial to bring to market cutting-edge technologies, since venture capitalists and other private investors are often not willing to take the risks or commit to the long haul needed to develop such technology. Government programs like that at Argonne also play an important role in vetting and helping to develop earlier-stage technology, so investors who come in later can make better choices and strategic partnerships that pay off for everyone involved.

“The government brings a unique combination of subject matter experts — national lab scientists for example — who are capable of evaluating really technical ideas as well as high-risk capital that traditional venture capital is not willing to deploy,” said Gomez del Campo, whose company is called FGC Plasma Solutions. “Without this, a lot of groundbreaking ideas would be stuck.”

Hamilton’s basic idea for nuclear battery research originated with his high school physics teacher, he said. At Purdue he pursued the idea and with his team won a $10,000 second prize in a business competition. In his first year at Argonne, Hamilton won the prestigious Orcelle Award with a $100,000 prize.

“Nuclear batteries use the decay energy of radioisotopes and turn it into electricity in one way or another,” explained Hamilton, the CEO of Atlas Energy Systems. “This means that they can produce electricity for as long as the radioisotope produces enough energy through decay. These batteries can last for decades at a time depending on the radioisotope. They have been used in pacemakers inside the human body all the way into space. The Curiosity rover on Mars currently has one onboard.”

His company, with a lab in the Chicago suburb of Romeoville, is looking to license their technology to generators of radioactive waste, like nuclear power plants. The Argonne program has helped him connect with companies, and Chain Reaction innovators work with researchers at Argonne’s advanced battery research center, JCESR.

“Being at Argonne has allowed me to demonstrate proof of concept on my technology that I would not have been able to do on my own,” Hamilton said. “I am continuing to get support for development of the technology and I hope to have demonstration platform ready by the end of the year.”