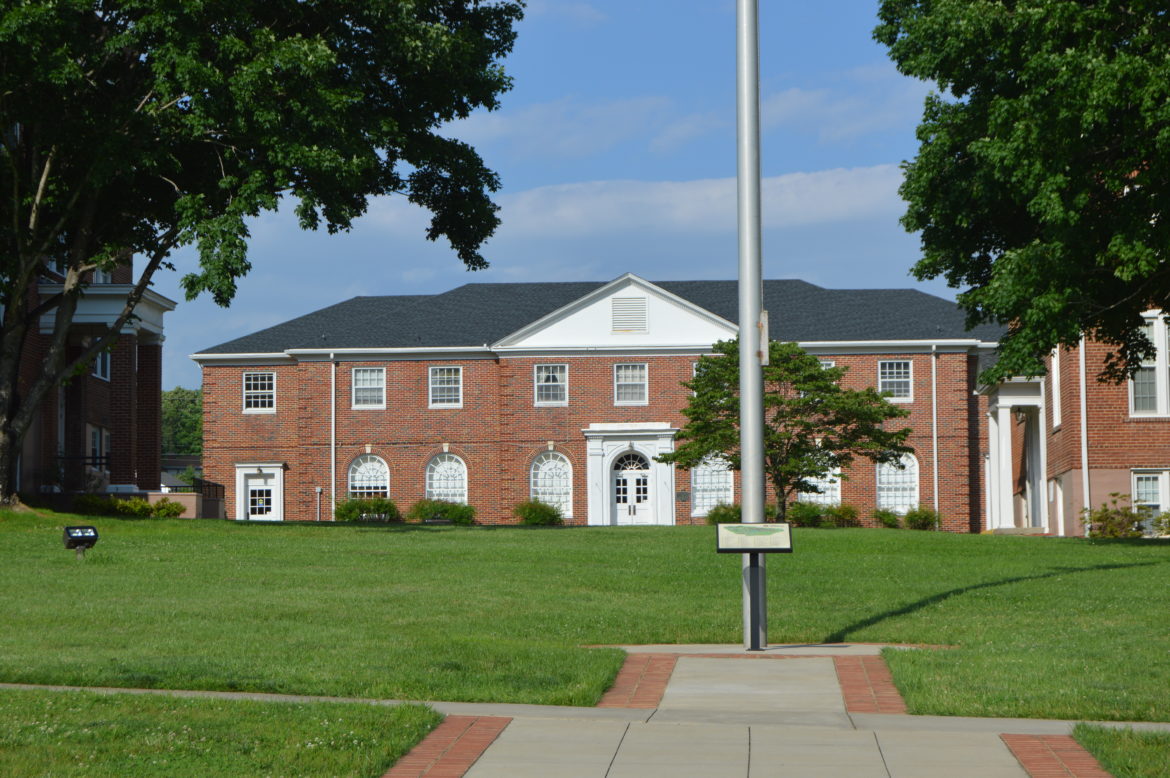 Britt Hall on the campus of Ferrum College in Ferrum, Virginia.

A biomass company that wants to sell power to a small, private college in Virginia is challenging regulators’ interpretation of the state’s competitive supplier law.

English Biomass’ arrangement with Ferrum College to provide 25 percent of the school’s electricity was rejected by the State Corporation Commission last month. Virginia law allows large customers to shop around for renewable power, but commissioners said such contracts have to cover 100 percent of customers’ power needs.

The company’s attorney disputes the commission’s all-or-nothing interpretation and filed an appeal to the state’s Supreme Court on May 10.

“We think the commissioners read the statute incorrectly,” Richmond attorney Eric Page said. “We are going to get the Supreme Court to tell them what the General Assembly really meant.”

While a court victory is likely a longshot, a win for the biomass startup could have big implications for the state’s renewable energy market, which currently plays a limited role in supplying customers under Dominion Energy and Appalachian Power.

At issue is whether Appalachian Power’s open access tariff is valid. Page isn’t alone in challenging the Commission’s interpretation that customers must buy all of their power from either a local utility or competitive service provider. The state attorney general’s office also thinks load-splitting is acceptable.

“It is not practical to expect a renewable portfolio to provide 100 percent renewable energy in every hour of every day,” the office’s Division of Consumer Counsel wrote in an October opinion filed with the SCC.

Attorney Noelle Coates, who represents Appalachian Power, the college’s utility, said she doubts the court will alter the SCC’s decision favoring her client. The investor-owned utility, which serves roughly 525,000 customers in southern Virginia, is a subsidiary of American Electric Power.

“Splitting of service is not permitted in any of the 11 states where AEP operates,” Coates said in an interview. “It makes sense that the commission would uphold these tariffs because those provisions have been around for so many years.”

The English Biomass project already has a tangled and tense legal history. In 2009, founder John English approached his alma mater, Ferrum College, about constructing a biomass boiler that processed wood waste and a steam turbine generator to heat campus buildings and eventually supply one-quarter of its electric power, according to court records.

A contract signed in late 2010 touted the 10-year agreement as a hands-on research project for students. English Biomass, would cover the $5 million construction cost if Ferrum would pay monthly heat and, eventually, power costs. Soon, the relationship between the college and English Biomass deteriorated and the case ended up in civil court in Franklin County.

Among other things, English Biomass and Ferrum are at odds over the cost and delivery of the electricity, according to court documents. English Biomass is also balking at Ferrum’s refusal to cover thousands of dollars in maintenance costs for the biomass boiler system.

Separately, in November 2014, the SCC ruled that English Biomass qualified as a licensed competitive service provider. Appalachian Power asked commissioners to revoke that license last December, claiming that English Biomass’s contract with the school attempted to enroll a customer four years before it received its license.

The litigation about licensing is ongoing. In February, Page asked the SCC to dismiss Appalachian Power’s complaint.

Appalachian Power, the state’s second-biggest utility, is in the midst of seeking approval for what’s known as a “green tariff.” The SCC shot down Dominion Energy’s green tariff plan for large customers earlier this month. Commissioners said it was not fair or reasonable and gave Virginia’s largest utility “extraordinary discretion” in setting prices.

Will Cleveland, an attorney with the Southern Environmental Law Center in Charlottesville, said there is a clear link between  Dominion’s rejected green tariff and the challenge by English Biomass.

“What’s going on here has the common theme of anti-competitiveness,” Cleveland said. “Dominion and Appalachian Power are intent on getting something approved that blocks competition.”

Competition for clean energy keeps prices reasonable and allows customers to choose from an array of offerings, Cleveland said.

“We are not opposed to utilities having these (green tariff) offerings,” he said. “But if you’re going to do it, it ought to be something your customers actually want.”

Coates, the Appalachian Power attorney, said even though the state Supreme Court will hear the challenge by English Biomass, justices usually defer to SCC decisions because utility cases tend to be so technical.

Even if the company succeeds, Page has moderate expectations about the potential impact. A court ruling in the company’s favor could invigorate Virginia’s weak market for competitive service providers and third-party renewable energy providers.

But, he cautioned, “this is not to say if we prevail all of a sudden Virginia will become the mecca for renewable energy sources.”