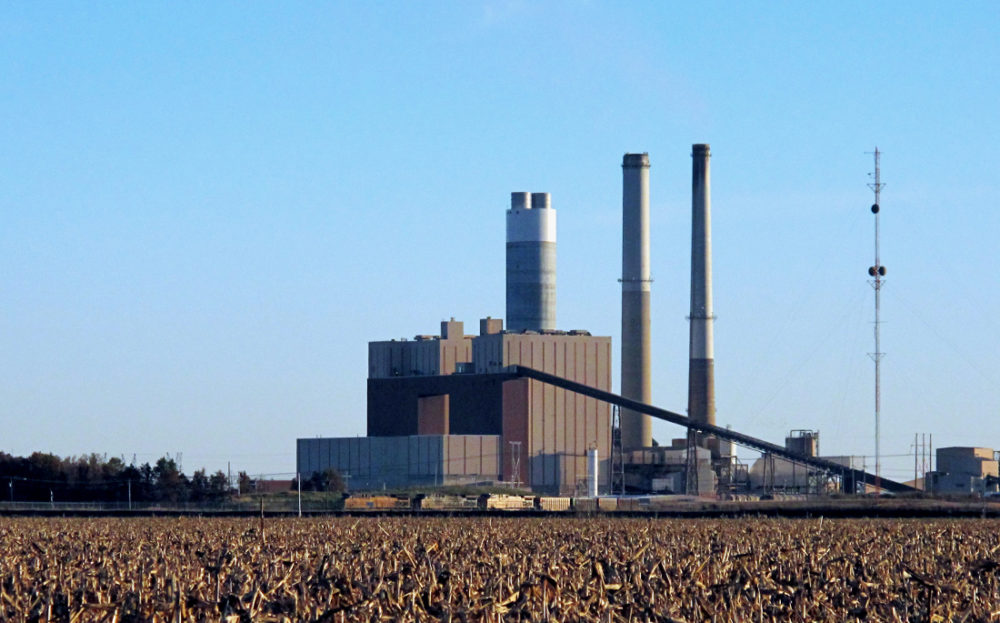 Dynegy-Vistra could close its eight coal-fired power plants in downstate Illinois without causing any reliability or resource adequacy problems in MISO Zone 4, according to a study commissioned by environmental groups.

Over the past several years, Dynegy — which recently merged with the company Vistra — has asked regulators and lawmakers for different measures to make the plants more profitable, arguing that electricity reliability in the area will be impacted if the plants close.

The study, released May 16, looked at two predicted scenarios for conditions from 2018 to 2030, analyzing the most efficient, low-cost ways power demand could be met. Both scenarios predicted that all eight of Dynegy-Vistra’s coal plants in MISO Zone 4 would close by 2025, for financial reasons; and that all of the coal plants in the zone would retire by 2030.

Even so, Illinois residents will pay 2 to 4 percent less for power by 2030, with coal-fired power replaced by cheaper renewables, energy storage and natural gas-fired power, the study found. It concluded that residents could save between $12.5 billion and $14 billion between 2018 and 2030 thanks to a more efficient generation mix.

The study assumed a five-fold increase in new wind and solar power, as mandated by the state’s Future Energy Jobs Act (FEJA), passed in 2016. And it assumes natural gas-fired generation will increase modestly, mostly from existing plants as a way to complement the variability of wind and solar. Nuclear generation will remain relatively constant through 2030, the study predicts, thanks to the zero-emissions credit that is part of FEJA, guaranteeing the state’s nuclear plants more revenue.

“The study confirms that coal is incompatible with the path that Illinois is on, and the state has a tremendous opportunity to build on existing policies to move to a clean electricity sector and lower electricity bills for its residents,” said Ivan Moreno, spokesman for the Natural Resources Defense Council, which commissioned the analysis along with the Sierra Club and other stakeholders.

The two scenarios considered for the study use different predictions for fixed costs, which include retrofits to comply with environmental regulations, and variable costs, namely fuel costs.

The study used the WIS:dom optimization model, which is also used by MISO and is described as  “a blended capacity expansion and production cost model that determines the most cost-effective resource mix and transmission investments to reliably meet electricity demand.”

Both scenarios were meant to be conservative, meaning that in reality if Dynegy-Vistra’s plants were similar to other plants in both fixed and variable costs, the Dynegy-Vistra fleet would be even less cost-competitive, the study says. It was likely “generous” to the company in its estimates, since the plants are on average 53 years old and become less efficient in burning fuel as they age, the study says.

It is also considered conservative because it assumes much of the new renewable energy procurement in Illinois will come from in-state construction of new projects, which FEJA calls for. But even cheaper renewable energy will likely be available for purchase from out-of-state projects, meaning if that power is purchased to meet FEJA’s mandates, the coal plants would be even less competitive by comparison.

The study adds that no new large-scale transmission capacity would be needed to facilitate such purchases or the creation of new renewable generation in-state.

The study predicts that even with all the state’s MISO Zone 4 coal plants closing by 2030, and all the Dynegy-Vistra plants closing by 2025 or earlier, there will be “excess generating capacity” in the zone thanks to cheaper wind, solar, energy storage and natural gas-fired power. The study says energy demand in Illinois is expected to remain flat thanks to incentives for energy efficiency embedded in FEJA.

In fact, it says, with excess generating capacity and a robust transmission system, the state will remain a net exporter of energy even if the coal plants all close.

Along these lines, the study says that the coal plant retirements will also not affect resource adequacy or reliability in other parts of the MISO system or within the PJM transmission system, which covers northern Illinois and parts of 12 other states.

Six of the Dynegy-Vistra plants currently sell power into the PJM market as well as MISO, and Dynegy officials have in the past pushed to move their Illinois fleet into the PJM territory to be able to participate in PJM capacity auctions, which provide additional revenue for the promise to be ready to provide power.

Vistra spokesperson Meranda Cohen said the company could not yet comment on the report, adding that: “We just assumed control of these assets and are reviewing their economics, performance, and ways to make them more efficient and cost-effective. After we complete our assessment we’ll look closely at the results to see what options there are.”

Commissioned by groups that were major stakeholders during the drafting of FEJA, the study reiterates the idea that a massive increase in renewable energy in Illinois is possible and would be beneficial for ratepayers as well as the environment.

It also notes the role of effective energy resource planning and siting, noting that the WIS:dom model takes into account where wind and solar developments would be most efficient, and best able to work with natural gas plants to meet demand even when wind power is lower and energy demand is high in the summer.

“Nationally, the large increase in renewable energy deployment in the past few years, and the expectation that the trend will continue, has spotlighted the need for flexible resources — like demand response, existing gas plants, distributed generation and storage — to help integrate the variable nature of renewables,” said Moreno. “Grid operators are increasingly recognizing the value of flexible resources in reliably integrating the growing renewable capacity and providing the proper incentives to those resources.”

Ultimately, he said the summary confirmed what many already believed: “Dynegy-Vistra has contrived a reliability problem that does not exist in order to squeeze more profits out of its aging and increasingly uncompetitive plants. Both southern Illinois and the neighboring MISO states are flush with power and Illinois can easily replace any plant closures with cleaner and cheaper resources.”