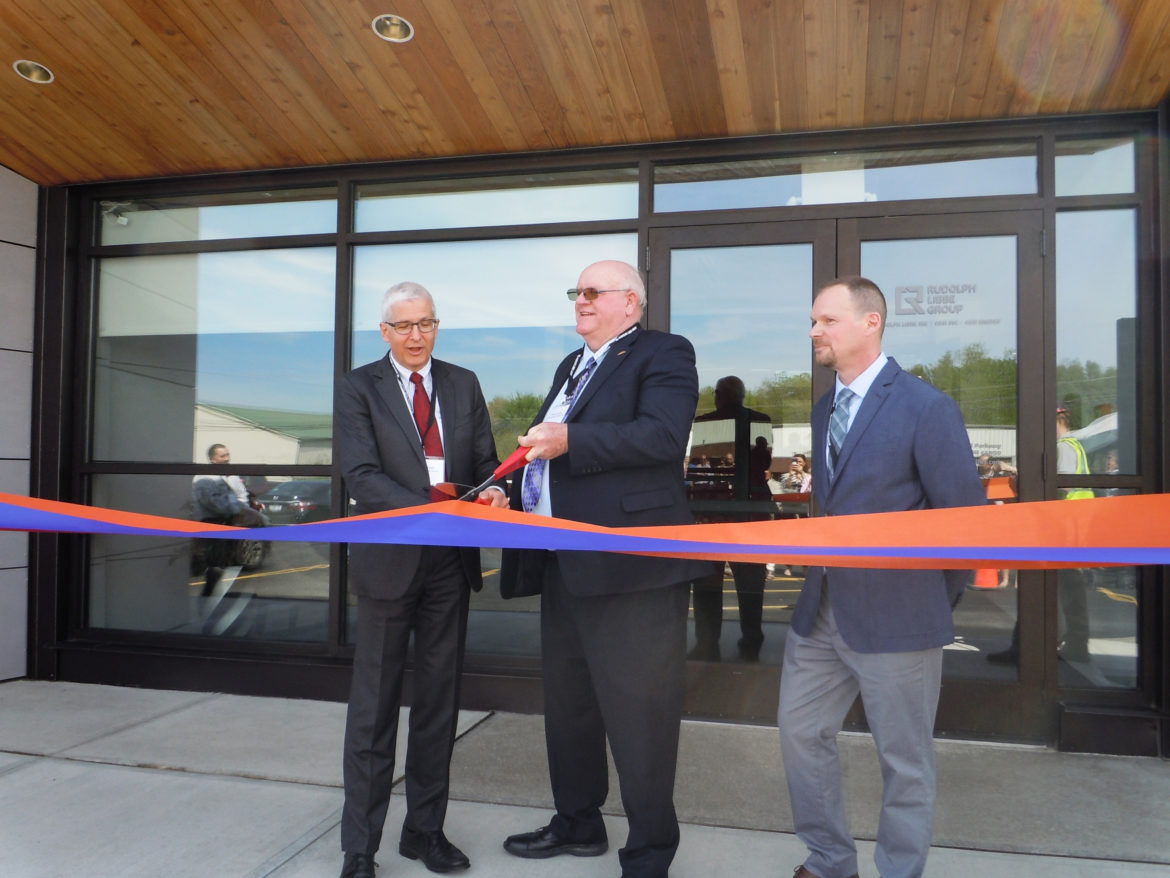 An Ohio construction firm that got its start working on nuclear and coal-fired power plants is now experiencing steady growth from solar and energy efficiency projects for industrial and institutional customers.

Rudolph Libbe Group celebrated a ribbon-cutting ceremony last week at its new Northeast Ohio headquarters in suburban Cleveland. The renovated building is the first of three on what will be a seven-acre regional campus.

The Toledo-based company outgrew its previous regional facilities, having gone from two employees in Northeast Ohio to more than 200 in less than 15 years. A large chunk of that growth has come from efficiency and renewable projects.

The renovated building in North Ridgeville will hold the firm’s Northeast Ohio office staff of about 25 people, with room for about another dozen. The rest of the Northeast Ohio employees work in the field in a wide range of construction-related trades. “These are good jobs,” Alter said.

It’s official! Congratulations to our NE Ohio office on their move to North Ridgeville. We are looking forward to many successful years to come in our new home! pic.twitter.com/yVaBfEFLRF

Tradespeople for the Rudolph Libbe Group companies did most of the renovation work for the newly opened building. That work included the masonry, plumbing and information technology (IT), along with an energy-efficient heating and cooling system (HVAC).

“We wanted all of our ductwork exposed so you could see it,” said account manager Jim Paulitzky of the group’s GEM Inc. company. GEM stands for General, Electrical and Mechanical contractors.

The renovation included variable heating and cooling for the building’s open floor plan, conference spaces and huddle rooms named for Cleveland sports teams. The HVAC system includes a heat wheel unit to handle exhaust and intake of outside air from the roof. When heat or air conditioning is running, the system recovers as much energy as possible and keeps it in the building.

“It saves energy. That’s what we’re about,” Paulitzky said.

Energy efficiency has also added jobs. Five years ago, Dave Cirino of the group’s GEM Energy company was its only HVAC service person for the Northeast Ohio area. Now he manages a crew of seven technicians who provide preventive maintenance in the field. 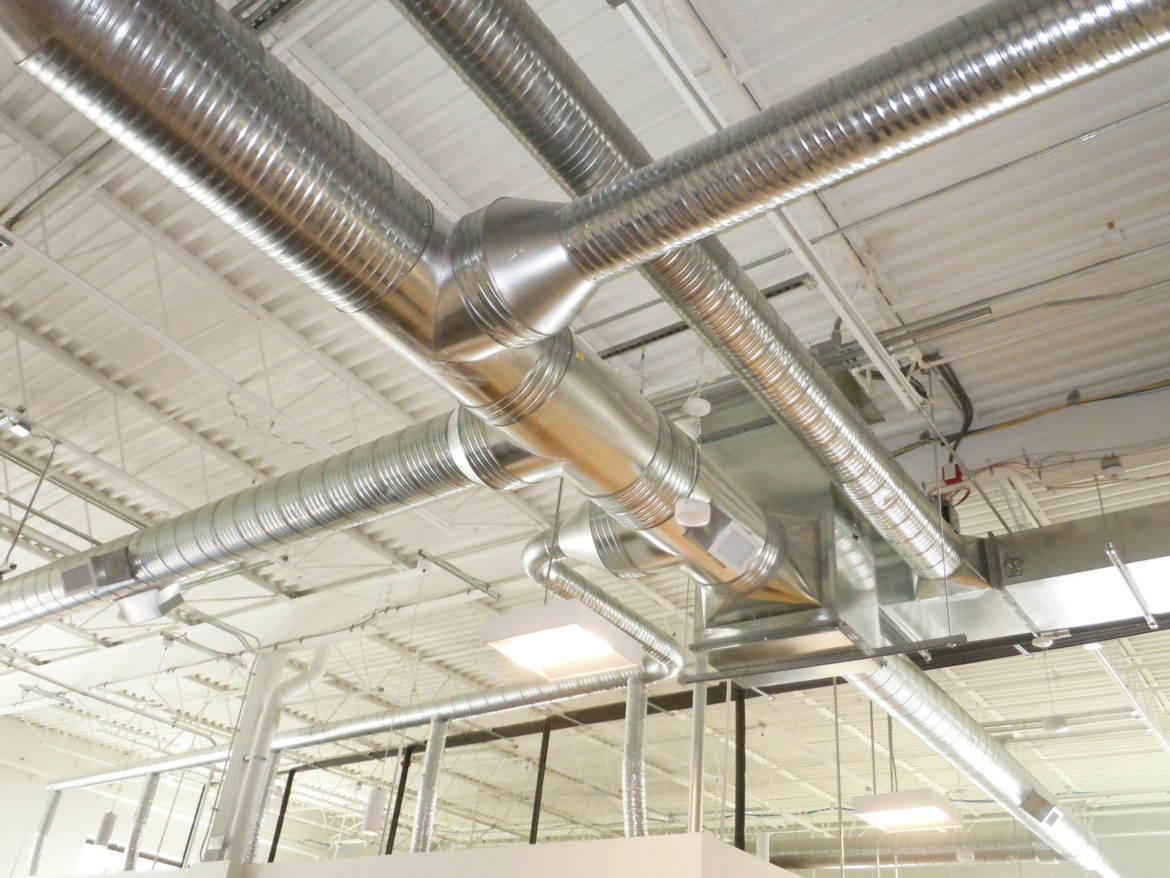 The Davis-Besse nuclear power plan was the largest customer in the early days of the GEM part of the company’s business. Then the company expanded into work at coal-fired power plants, including projects for FirstEnergy at its former Bay Shore and Eastlake plants and elsewhere. Over the years, the firm’s companies have also done extensive work at petroleum refineries in the Toledo area.

As natural gas prices have fallen, other customers became interested in combined heat and power, or CHP, Rudolph said.  Those systems make natural gas do double or triple duty: They use waste heat to generate electricity and maybe provide cooling too. CHP systems can also provide some backup power in case of a power outage from the grid.

Rudolph Libbe Group got into solar energy about ten years ago with a project for the National Guard. Since then, the group’s GEM Energy company has gained extensive experience building solar arrays, including 2-megawatt and 1-megawatt arrays at Ohio Northern University in Walbridge. On April 27, Rudloph Libbe Inc. announced it has been named the design/build contractor for First Solar’s new 1.2-gigawatt solar module factory in Northwest Ohio.

“We saw the cost of solar drop dramatically,” Rudolph observed. “It’s been an evolution.”

Beyond showcasing the company’s work, the new Northeast Ohio headquarters signals the company’s expectation for growth in the region.

“Northeast Ohio has a nice base of existing manufacturing businesses,” Rudolph said. “We’d love to do renovation for those businesses. We also love to do new construction and new buildings.”

As Rudolph sees it, renewable energy and energy efficiency provide “triple bottom line” benefits for a customer’s facility. “You can make it better comfort. You can help reduce your operating expenses. And it’s good for the environment.”

Public policy decisions at the state level can either help or hinder the company’s growth in energy-related fields.

“Energy policy that is defined and stable will help companies navigate and invest in the energy business in Ohio,” Alexander said. “In addition, policy certainty will allow clients to invest in their facilities and apply technologies like solar and be confident that they are making sound business decisions.”

Policy certainty is important, Alexander said, because installing solar energy, CHP and other clean energy technology is generally a long-term investment of as much as 20 years. Renewable and efficiency standards and other incentives factor into expected costs and anticipated paybacks. The Ohio Senate is currently considering a bill to change the state’s renewable energy and energy efficiency standards yet again.

Remote net metering legislation could boost the use of renewables, Alexander noted. That way, a customer could install generation on less desirable land but use the electricity from it at another location. Customers who want to add solar, wind, or CHP would also benefit from consistent and straightforward standards for connecting to the grid.

“All of these things will help keep companies in Ohio and attract new companies here, as well as grow energy jobs in the state,” Alexander added.