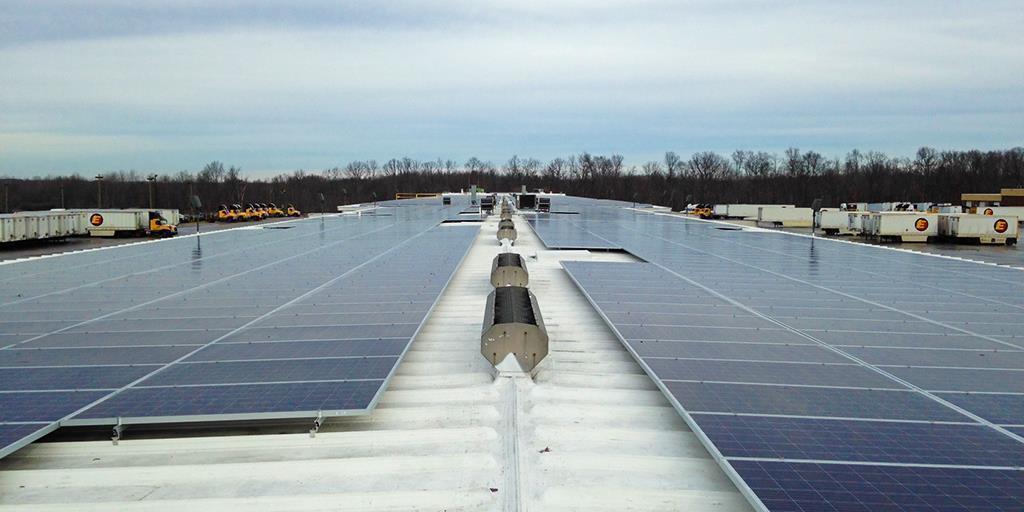 Under the legislation, Pennsylvania would become the first Northeast state in six years to enable Commercial Property Assessed Clean Energy (C-PACE). The programs have become popular because they help businesses finance the often expensive, upfront costs of such upgrades, without having the government lean heavily on taxpayers.

As in other states, Pennsylvania’s new program will be voluntary. It allows municipal governments to set up energy improvement districts, where private lenders can give money to commercial, industrial, or agricultural property owners for eligible improvements to buildings. For example, these could include solar panels, better insulation, HVAC upgrades, or high-efficiency water systems. The money is paid back in via property tax bills, which remains attached to the specific, upgraded building — even if it gets sold.

C-PACE began start to crop up in other states about a decade ago, and 33 states along with Washington, D.C. have since passed laws enabling the program. California, which currently has the most C-PACE investment set up its program in 2009. Residential PACE programs also exist but are far less common– partly due to the different lending market for home mortgages and consumer protection concerns.

Last year, commercial and industrial properties accounted for over a quarter of U.S. energy consumption, and so far about $521 million in investment has been made through C-PACE programs, according to a 2017 Department of Energy report.

C-PACE, however, can be time-consuming and complex for local governments to administer.

“For the first several years a lot of states struggled to implement it effectively,” said Julian Boggs of the Keystone Energy Efficiency Alliance. “It was difficult to make it scalable.”

Pennsylvania is particularly fragmented with 67 counties and and 2,562 municipalities.

Boggs said other states have recently figured out ways to streamline their C-PACE programs, through public-private partnerships, or organizations authorized to work at the state level to provide support to municipalities.

“There’s a balance between scale, standardization, and balancing local needs,” said Boggs. “For example, Philadelphia is obviously different from the rest of the state.”

Pennsylvania’s new C-PACE legislation does not prescribe how the program will ultimately be administered.

State Sen. John Blake, a Democrat from northeastern Pennsylvania, teamed up to co-sponsor the measure with state Sen. Guy Reschenthaler, a Republican from the Pittsburgh area.

Blake spent about two years working closely on the bill with business, labor, and environmental groups. Ultimately, he said it was an easy thing for his colleagues to get behind because it’s voluntary, market-based, and doesn’t impose any significant costs to taxpayers.

“We took best practices from other states,” he said. “The beauty of the bill is it encourages clean energy and efficiency, but it also has a benefit to contractors, vendors, and manufacturers. We had tremendous support from the National Electrical Contractor Association and from environmental groups.”

The bill moved through Pennsylvania’s Republican-led legislature with broad support this year– getting the approval of the state Senate (42-8) in January and the House (163-28) at the end of  May. It’s also an easy initiative for Governor Tom Wolf to support. The Democrat is running for a second term this year and he’s trying to promote himself as a strong environmental advocate.

The measure was officially signed by the legislature this week, and Wolf spokesman J.J. Abbott said governor intends to sign it.

“It will be a huge help to assist property owners finance their own clean energy and water conservation solutions,” Abbott said.

Tom Schuster, a senior campaign representative with the Pennsylvania chapter of the Sierra Club said he’s glad to see it pass, but he’s hopeful the state — an energy powerhouse and major greenhouse gas emitter— will do more to promote green programs.

“This is enabling legislation, which requires people to opt-in,” said Schuster. “It’s not a silver bullet solution. We still need to look for ways to grow our clean energy economy in Pennsylvania.”

However, he said because clean energy has become an unnecessarily politicized issue these days, “it’s good to see folks from both sides of the aisle overwhelmingly support this.”

While Pennsylvania’s Department of Labor and Industry does not track clean energy jobs, the Keystone Energy Efficiency Alliance found that the state’s clean energy sector is growing, and most jobs (about 55,000) were related to energy efficiency. That figure includes “construction workers, electricians, engineers, software developers and marketing professionals,” the group said in a 2017 report.