Photo By
Provided by Aspen Electric 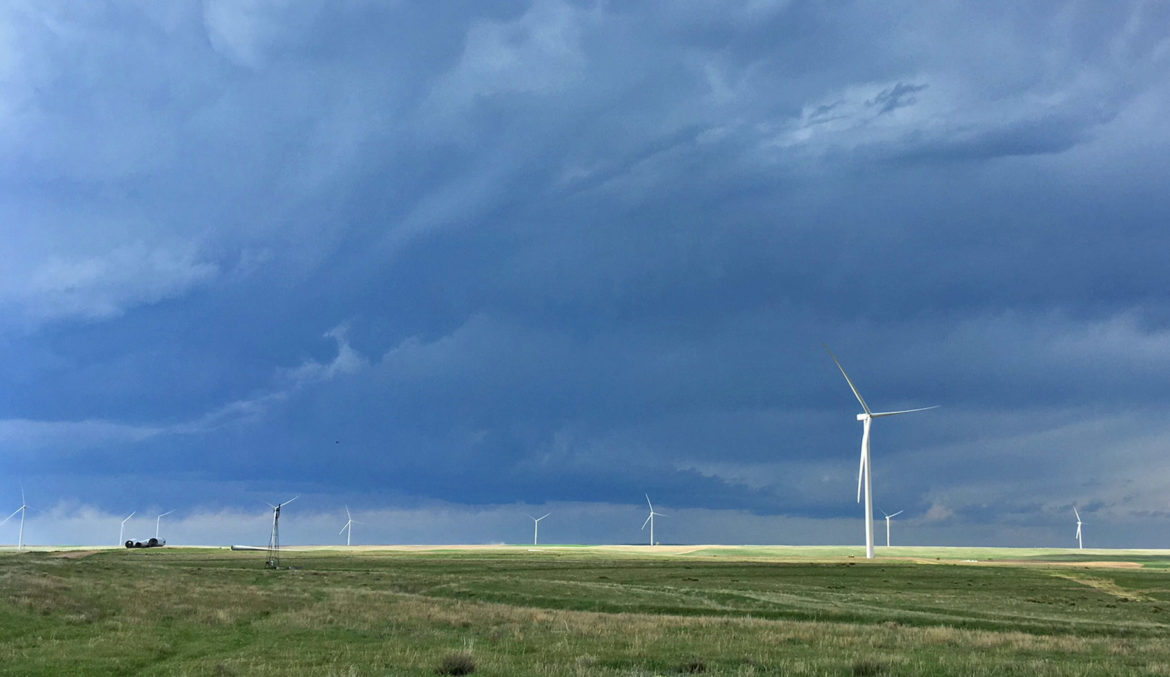 Warren Buffet-owned utility MidAmerican Energy recently made national news by announcing it was on track to offset 100 percent of its electricity with renewable energy – while keeping costs low for customers.

Aspen Electric, the municipal utility serving the resort town of the same name, achieved 100 percent renewables in 2015, and it didn’t break the bank to do so. Residential rates for Aspen’s customers rank among the lowest in Colorado, while meeting a 100 percent renewable energy goal set by Aspen’s city council 13 years earlier.

And this month, upgrades to a Nebraska wind farm, of which Aspen Electric is a major customer, will push the utility’s costs even lower – dropping about 15 percent annually, or $475,000.

In Aspen, those savings could stall future rate increases or be passed along directly to customers, says Phil Overeynder, special projects director for Aspen Electric.

Overeynder said pursuing wind and other renewable energy sources has not caused financial distress, as some directors of other utilities had predicted 20 years ago when Aspen began putting together its portfolio.

“There was just a general feeling of that it’s a really risky approach,” he says. “They were comfortable with the tried-and-true forms of generation from coal and other fossil fuels.”

A January 2018 survey conducted by the Colorado Association of Municipal Utilities found that residential customers of Aspen Electric paid $80.95 for 700 kilowatt hours (kWh), the typical monthly use of a single-family residence. That made it the 10th lowest among the 54 municipal, cooperative and investor-owned utilities in Colorado.

Aspen was an early innovator in electricity. Soon after silver mining began in 1880, hydroelectric power was harnessed for use in the mines. By 1886, just a few years after the town was founded, some 40 stores were electrified by a local hydroelectric plant. The city was the first west of the Mississippi River to have electrified street lights.

But in other ways, Aspen was typical of many utilities serving small towns. As demand for electricity grew, the city idled its local hydroelectric installations around 1960 in favor of electricity from distant sources, both from big dams and from large coal-fired power plants.

Then came the push for renewed renewable supplies. Overeynder credits the late Randy Udall – of the famous political family that included two U.S. senators – with creating the vision for a path to 100 percent renewables.

In the late 1990s, when Udall was directing a local non-profit called the Community Office of Resource Efficiency, he and Overeynder flew to Wyoming to inspect a new wind farm near Medicine Bow. They bought into that production, then found a better fit yet. In 2005, with Udall representing Aspen, the city struck a deal with the Municipal Energy Agency of Nebraska, or MEAN.

Today, Aspen gets about half of its power from wind, half from hydroelectric, and a small amount from solar. Its hydroelectric portfolio includes production from a local creek as well as output from two nearby dams, Ruedi, a federal dam, and Ridgway, a regional irrigation reservoir. As well, Aspen gets 8 percent of its supply from the Western Area Power Administration (WAPA), which operates the federal government’s giant dams in the West.

Wind comes cheap, but not the cheapest. WAPA power runs 2 to 2.5 cents per kWh, comparable to the power from Reudi Dam. Aspen is now paying 6.8 cents for the wind energy from the Great Plains, down from 8.1 cents per before. Ridgway, the most recently retrofitted dam, also costs 6.2 cents and helps meet the city’s peak demands during winter.

The Nebraska project is part of a wave of repowering projects of older wind farms across America. The replacements are fueled by better understanding of wind energy but also construction of higher towers, where wind is both stronger and more prevalent. At Kimball, for example, the new towers are 295 feet tall, compared to the 230 feet of the former towers. Electronics have improved, and blades are longer and lighter, able to sweep more wind with each rotation.

These improvements have yielded higher energy capacity of individual turbines. Higher capacity factors – a measure of the amount of time the facility can be expected to generate power – reduce backup costs. Wind farms constructed early in the century had capacities of around 30 percent, and those now being constructed or repowered have capacities from 40 to 50 percent. A typical coal plant has a capacity factor of about 54 percent.

Like Aspen Electric, MidAmerican Energy in Iowa aims to provide 100 percent renewable energy for its customers. It is adding 1,000 more turbines to its previous fleet of 2,020 turbines around Iowa with the belief it will be sufficient to supply about 95 percent of customers’ energy needs, and the utility notes that its rates are among the lowest in the country.

“With wind, we don’t need to buy fuel to make the energy,” MidAmerican spokesman Adam Wright told the Des Moines Register last month. “This is a big reason why MidAmerican Energy’s rates are 37 percent below the national average.”

A 2012 study by the National Renewable Energy Laboratory took a longer view, calculating what might be achievable regionally by 2050. The study found that “renewable electricity generation from technologies that are commercially available today, in combination with a more flexible electric system, is more than adequate to supply 80 percent of total U.S. electricity generation in 2050 while meeting electricity demand on an hourly basis in every region of the United States.”

In Aspen, Overeynder remembers talking with Udall 20 years ago about the arc of the possible. Udall was optimistic that wind generation could be pushed to 30 percent of the city’s portfolio. “If you could push it to 50 percent, you’d be walking on water.”