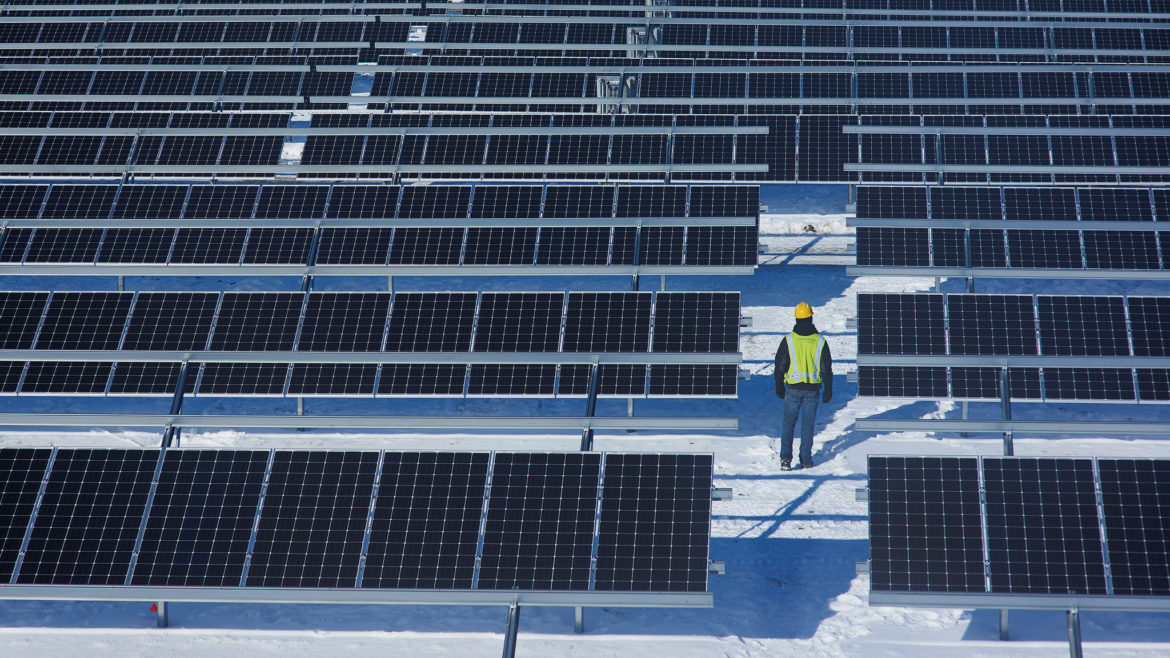 The CEO of one of Michigan’s largest utilities says solar is a better long-term investment than new natural gas plants.

Consumers Energy, which previously announced plans to close its coal-fired power plants by 2040, said Wednesday that — unlike other Michigan utilities — it won’t seek to replace coal with new natural gas capacity.

Building a natural gas plant would risk stranding the company’s capital in a single asset, after which there would be “no turning back,” said Consumers President and CEO Patti Poppe. Instead, the company plans to bet on solar, which can be built incrementally as needed.

“We think we have the opportunity of a generation with this clean energy plan to reshape how energy is delivered to the state of Michigan,” Poppe said, noting an emphasis on smaller, more distributed generation. “This avoids big bets on large, new fossil fuel generation plants.”

The announcement comes ahead of a formal Integrated Resource Plan (IRP) that will be filed with state regulators Friday. The long-term utility forecasts are required under 2016 state energy laws and give a much-anticipated look into the role clean energy will play in meeting future demand. Plans will be filed at least every five years.

Consumers’ projected portfolio looks much different in 2040 than it does today. By then, renewable energy is projected to increase from 10 percent to 43 percent of its portfolio, mostly with solar. The company also plans to increase investments in energy efficiency and demand response.

Coal makes up 32 percent of Consumers’ supply today. The company plans to eliminate its coal supply by 2040, and also end power purchase agreements for nuclear and natural gas capacity. By 2040, the share of natural gas in its portfolio will drop from 12 percent to 10 percent.

The remaining 47 percent of Consumers’ portfolio will come from market purchases and energy storage (6 percent). 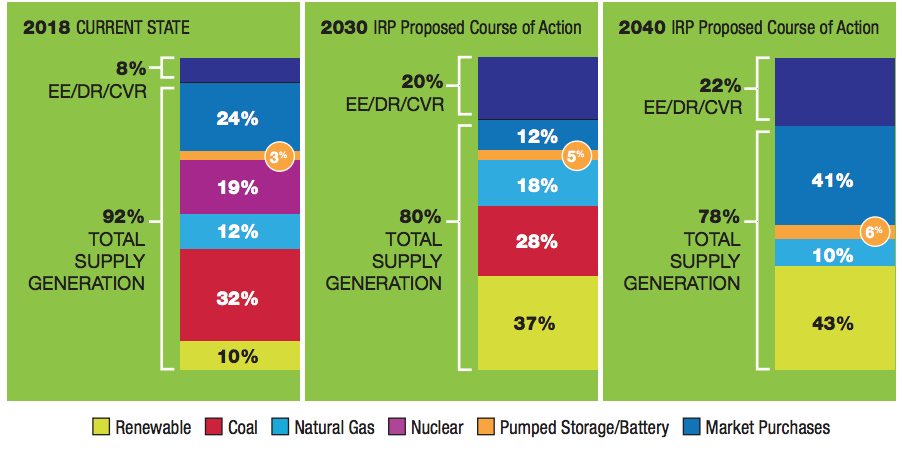 Consumers said it plans to add 550 MW of wind to meet the state’s 15 percent renewable portfolio standard by 2021, but a large majority of its renewable portfolio will come from solar. The company proposed 5,000 MW of solar by 2040, which will be ramped up in the 2020s to prepare for coal retirements. Poppe said capacity would be met by company owned and contracted projects. Consumers currently has 12 MW of solar.

“Those market opportunities need to be competitively priced,” Poppe said.

In a conference call with reporters, Poppe said solar is a better investment for the company and shareholders than a large natural gas plant. Two gas plants Consumers owns — along with a hydro pumped storage facility — provide enough baseload power to support more renewables, she said.

Poppe said it’s about having a leaner generation network.

“Solar is available when Michigan needs it,” Poppe said. “Rather than building a baseload plant that is severely underutilized, we can build the right size of solar for when it’s available on peak days.”

“We applaud Consumers Energy for its bold commitment to clean energy and energy efficiency, and we will continue to hold the company accountable at the public service commission to ensure this plan becomes reality,” Lisa Wozniak, MLCV executive director, said in a statement.

The IRP also provides a roadmap to 2040 after Consumers and DTE negotiated with activists to abandon a 50 percent clean energy standard by 2030.

The group Clean Energy Healthy Michigan agreed to drop its ballot initiative campaign after the utilities agreed to voluntarily meet the goal. Consumers pointed to its upcoming IRP for how it would get there. DTE’s IRP is expected in March 2019.

Leaders of the campaign said the IRP would serve as a way to hold the companies accountable.