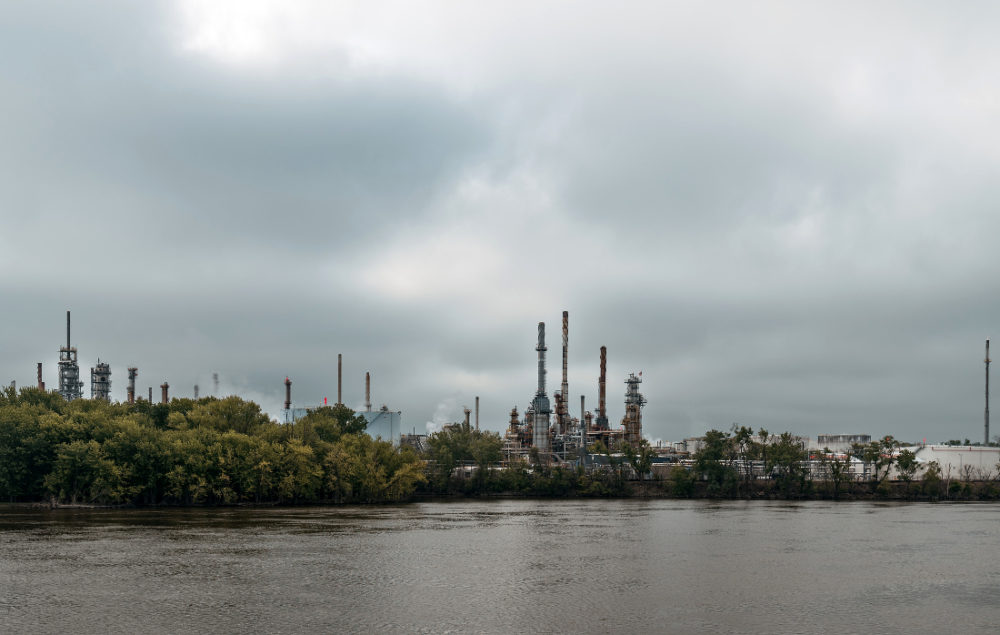 A recent report from the National Association of Manufacturers recognizes the growing trend of shareholder proposals for climate-related disclosures, but finds the proposals don’t affect stock values in the short term.

However, the group’s analysis, released June 5, didn’t focus at all on the longer-term impacts that advocates and other industry representatives say are what matters more to proponents, especially for companies in the energy industry.

The idea behind shareholder proposals on environmental and social issues is that “positive performance in this area is fundamentally intertwined with long-term financial performance,” Franz explained.

The National Association of Manufacturers report acknowledges the growing trend in shareholder proposals calling for disclosures and other actions on climate change and other social and environmental topics. However, the NAM report claims there is “essentially no basis for concluding that shareholder proposals seeking climate change-related disclosures have any consistent effect on stock prices.”

Notably, the NAM analysis of nine proposals on climate change disclosures focused only on stock prices for the relatively short period from right before the filing of a proposal until a period right after voting on them.

Missing the importance of climate-related proposals is consistent with NAM’s established opposition to the Clean Power Plan and support for fossil fuels.

Advocates say the point behind the push for climate-change disclosures  is to focus on the long term.

“Climate change is a fundamental threat” to companies in fossil fuel industries, said Managing Partner Natasha Lamb at Arjuna Capital. “We’re asking for common sense business planning on how they can diversify their businesses and hedge climate change risk.”

“The world is moving closer to a carbon-reduced future,” said attorney Trent Dougherty at the Ohio Environmental Council. “Any player in the global market must see the Paris climate accord as the basis for future carbon restrictions, and act accordingly, no matter what actions the U.S. government makes.”

Even fossil fuel companies are acknowledging the importance of long-range climate planning.

With about 1.9 million barrels of refining capacity, Marathon Petroleum Company is the second largest petroleum refiner in the United States. “We don’t get the oil out of the ground,” Franz explained. “But essentially once it’s out of the ground, we take it from there.”

Headquartered in Findlay, Ohio, the company issued its first report on climate change scenarios late last year. The report came after 40 percent of its shareholders supported a proposal from Mercy Investment Services calling upon the company to report on how its business plan aligns with changes necessary to keep climate change within 2 degrees Celsius.

At the same time, proposals for Occidental Petroleum Corp., Exxon Mobil Corp. and PPL Corp. passed with between 56 and 66 percent of shareholder support. State employee retirement funds for California and New York state supported those proposals.

Calls for more reporting on environmental and other corporate responsibility will likely continue, especially after the Task Force on Climate-Related Financial Disclosures issued a detailed report on the issues last June.

“That report has become really a game changer,” Franz said. “It’s going to change how companies look at these issues and report on these issues.” On May 1 of this year, TCFD opened an online knowledge hub, providing more resources for implementing its report’s recommendations.

Climate change is a big issue for energy companies that are direct and indirect emitters of greenhouse gases, which drive human-caused climate change.

Countries around the world continue to seek reductions in those emissions, despite the Trump administration’s backpedaling on the Paris accord, the Clean Power Plan and other climate change policies in the United States.

Lower-emissions policies could affect the long-term profitability of companies that primarily produce or rely on fossil fuels. Those and other companies could also face risks from impacts of climate change, such as flooding, heat waves, more severe storms and more.

Most of Mararthon’s direct emissions come from its refineries, but Franz acknowledges that its products are also meant to be burned by customers, and that results in more emissions.

Marathon also formed MPLX in 2012 as a publicly-traded limited partnership in the business of midstream processing and transportation of oil and natural gas. That business likewise has both direct and indirect emissions of greenhouse gases.

Despite Marathon’s role as an emitter of fossil fuels, the company’s analysis actually revealed opportunities from climate-related scenarios — most notably in the ability of natural gas to supplant coal, Franz said.

Critics say that type of outlook may be too rosy.

Lamb noted that many advocates view natural gas as mainly a bridge fuel, and meanwhile, costs for extracting petroleum resources have grown.

Beyond that, costs for renewable energy have fallen in recent years, and net generation for utility-scale clean energy has been growing. Energy storage is also playing a larger role.

“Simply confirming that there’s no risk from climate change for some of the largest oil companies in the world seems discongruent with reality,” Lamb said. Along those lines, she and others have criticized Exxon Mobil’s climate change report as too optimistic, for example.

Companies that fail to report on climate-related matters could also face more exposure from lawsuits linked to impacts, particularly if the federal government doesn’t act, Dougherty added. In his view, failure to disclose exposure to potential litigation like that “is textbook dereliction of fiduciary duty.”

“Plus, while not all of these cases will result in losses for publicly traded companies, any resources expended to defend these potential cases will draw a blow to shares and shareholder confidence,” Dougherty added.