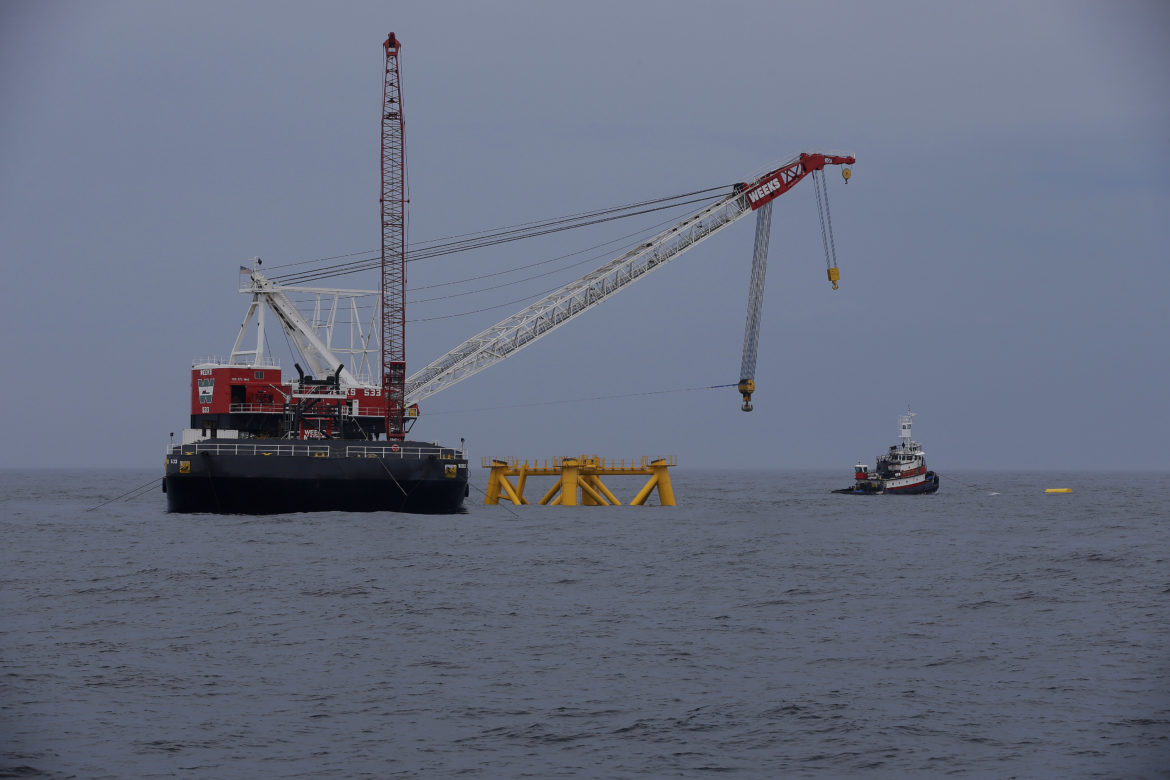 As Massachusetts, Rhode Island and other Northeast states seek to rapidly escalate offshore wind, it’s causing a ripple effect for logistics companies that are more accustomed to serving the oil and gas industry.

Energy expert Stephanie McClellan has spent the last four years at the University of Delaware guiding offshore wind from pie-in-the-sky blueprints to steel-in-the-water infrastructure that can deliver 8,000 megawatts of power to the Northeast by 2030.

A linchpin to her venture’s success is cultivating buy-in from businesses 1,500 miles away in the Gulf Coast, where entrepreneurs are reshaping their expertise to meet the siting, construction, installation, and maintenance needs of a nascent, but promising, offshore wind industry.

“They are interested in diversification and we want them with us,” says McClellan, leader of the independent Special Initiative on Offshore Wind. “Why would we not be trying to marry these opportunities?”

One example of that union is the collaboration of Houston-based Zentech with Renewable Resources International in Virginia. Engineers have designed a marine vessel versatile enough to be used to install wind turbines and also decommission oil and gas rigs. Delivery of the modified ship is scheduled next year.

“We have a heck of a lot of experience with oil and gas,” Ramesh Maini, Zentech president and founder, says about his 40 years in the business. “I figured we could be competitive and offer a tool that goes both ways.”

His company’s enormous “barge on legs,” which can operate at ocean depths up to 350 feet, can accommodate fully assembled wind turbines of 10 MW or larger with blades at least 300 feet long. It is equipped with a crane capable of lifting 1,500 tons.

Early on, he expects the dual-purpose vessel to be deployed in the Northeast for the summertime wind-turbine installation. Industry growth means he could eventually keep coastal installation crews busy for six or seven of the warmer months. The same type of vessel can be used for year-round turbine maintenance.

“If the wind industry grows, we’ll have multiple vessels,” Maini says. “Once you have lots of business, you don’t want everybody waiting on one rig.”

Alana Duerr, offshore wind lead with the U.S. Department of Energy (DOE), said a slump in the oil and gas industry helped spur its crossover to offshore wind.

“Those companies were looking for new avenues,” she says, adding that the timing worked well for offshore wind. “They have the expertise in deep water and challenging marine environments. There’s no reason to reinvent the wheel.”

Deepwater Wind counted on a European ship when it installed the five turbines of the nation’s first marine wind farm off Rhode Island, but transporting those vessels and other materials across the Atlantic is cost-prohibitive, McClellan says.

Building the 30 MW Block Island Wind, which began operating at the end of 2016, was a lesson for all in the urgency of creating a homegrown supply chain.

Gulf Island Fabrication filled a couple of Block Island voids as an early adapter. It partnered with other companies to build not only the underwater foundations that support the turbines, but also a lift boat for workers putting those bases in place.

GIF, which has 30-plus years of experience in the oil and gas industry, has facilities in Louisiana and Texas and calls itself the largest steel fabricator in North America.

“We had been meeting with Deepwater regularly,” says Roy Francis, GIF’s vice president of business development. “They felt comfortable with us. At the end of the day, we built them a good product on schedule and safely.”

Francis said his company is pursuing other offshore wind projects in the Northeast.

All eyes on Massachusetts—and beyond

Gulf Coast entrepreneurs say they are not deterred by the failure of Cape Wind, the Bay State’s first attempt at offshore wind.

Instead, they are encouraged by the Massachusetts Department of Energy Resources selection of Vineyard Wind—a New Bedford-based joint venture of Avangrid Renewables and Copenhagen Infrastructure Partners—to provide 800 MW of electricity to the state by 2021.

It’s the first phase of a state law requiring utilities to acquire 1,600 MW of offshore wind by 2027.

“Frankly, infrastructure is infrastructure,” Luthi says. “It makes economic sense for U.S. offshore wind developers to leverage the proximity and expertise of the U.S. oil and gas sector.”

The same day in late May that Massachusetts officials chose Vineyard Wind, Rhode Island selected Deepwater Wind to add another 400 MW off its coast. Deepwater was one of three finalists in the Massachusetts competition.

Nearby, New Jersey has committed to providing 3,500 MW of its power from offshore wind by 2030 and New York has vowed to deliver 2,400 MW by that same year. Earlier this month, Connecticut selected Deepwater Wind for a 200 MW installation that could come online as early as 2023.

“We expect to see engagement from all over the place,” she says. “We’re aiming to solve all the technical challenges for offshore wind in the United States.”

McClellan, who leads the Special Initiative on Offshore Wind, emphasizes that the 8 GW of wind now in the Northeast pipeline is a tiny fraction of what could exist.

“The way we get to the next wave of commitment is to make offshore wind a U.S. industry,” she says. “That way it can grow.”

Putting those 8 GW online by 2030 could yield as many as 36,000 full-time equivalent jobs a year, according to a DOE-funded report released last fall by BVG Associates Limited.

BVG’s report, “U.S. Job Creation in Offshore Wind,” was prepared for a group of public agencies and organizations in Massachusetts, New York and Rhode Island dedicated to clean energy.

Its authors noted that transport and handling of turbine foundations from Europe or Asia is costly.

“The U.S. has the infrastructure for manufacturing offshore structures in offshore oil and gas and shipbuilding,” they wrote. “The high number of structures needed for a project … means there is ideally a significant investment in automated manufacturing lines and a cultural shift for companies used to supplying bespoke products.”

As offshore wind pick up, Duerr expects more such champions to speak up and aid the blossoming of an East Coast supply chain.

“How that’s going to shake out, I don’t have a crystal ball that’s clear enough to speculate,” she says. “But we’re in the early stage of getting big projects in water so we still have a lot of time.”