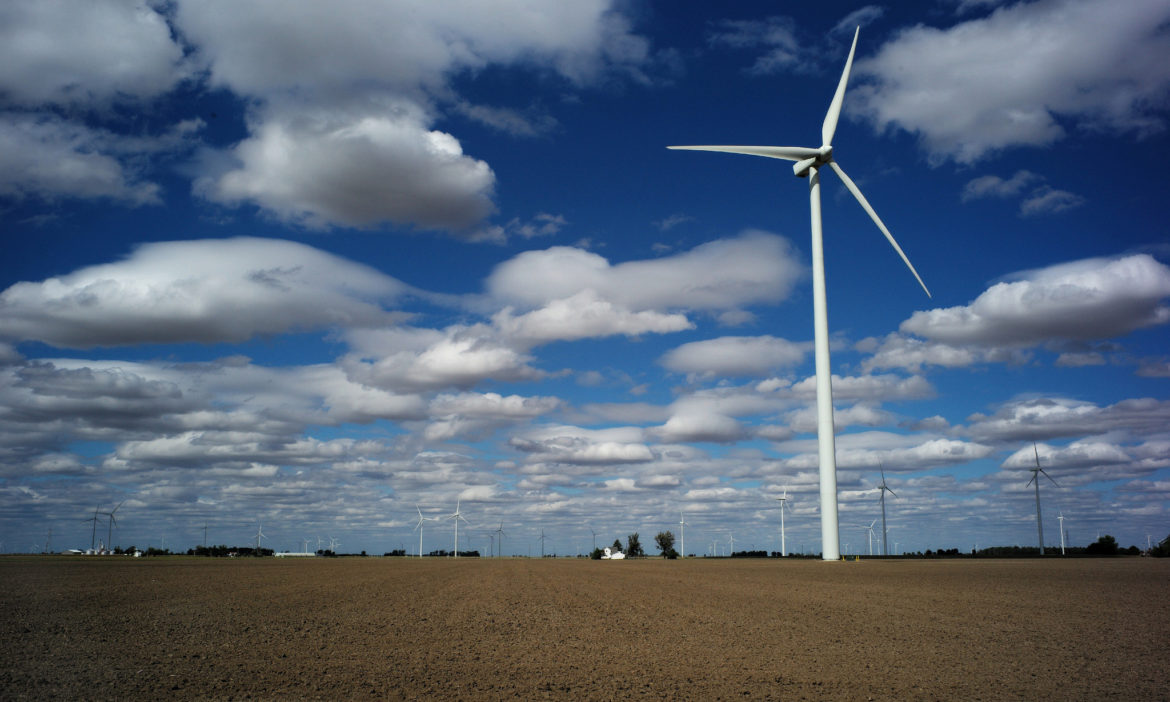 The Ohio Senate Energy and Natural Resources Committee is scheduled Wednesday to discuss House Bill 114, which threatens to roll back the state’s on-again, off-again clean energy standards, which resumed 18 months ago after a 2014 law suspended them for two years. (Update: The Ohio Senate’s Energy and Natural Resources Committee deferred voting to continue consideration of amendments over the summer.)

The bill has drawn criticism from both wind energy opponents and clean energy advocates. It stops short of making renewable energy standards purely voluntary, as in the Ohio House version passed last year. Instead, it would set the top renewable energy standard target at 8.5 percent in 2022, down from the current law’s requirement of 12.5 percent in 2026. The top energy efficiency target would fall from 22.2 percent to 17.2 percent, with more opt-outs and profits for utilities.

An attempted trade-off in the bill would also loosen the state’s strict restrictions on wind turbine placement similar to reforms proposed in a stand-alone bill introduced several months ago by Ohio Sen. Matt Dolan (R-Chagrin Falls).

HB 114 is the latest in an ongoing, six-year saga of efforts to weaken Ohio’s clean energy standards, all of which “make it difficult to plan for long-term markets and investments,” said Becky Campbell, manager of regulatory and public affairs for First Solar. In her view, “HB 114 represents a step backward,” compared to other states.

The reduced renewable energy target is different from the House version, which would have made any further compliance voluntary. The current targets are already weaker than those in place before a 2014 law froze the clean energy standards for two years, eliminated an in-state requirement and dropped a separate “advanced energy” category.

Although the current bill “makes great strides to be more reasonable, common sense and balanced” than the House version, it would still “net greater air emissions coming from the power sector and result in negative health impacts for Ohioans,” said Trish Demeter, vice president of energy policy for the Ohio Environmental Council.

“Those that aggressively oppose clean energy technologies or policies that enable and encourage such investment are out-of-touch with mainstream, majority opinions, or are incredibly entrenched in energy resources of the past that are doing little, if anything, to attract new jobs and investments in the state,” Demeter said.

“We believe that the existing 12.5 percent [renewable] target is achievable with minimal impacts to Ohio’s ratepayers,” Campbell said. “Further, we believe that maintaining the RPS at its current level will create jobs and economic development in the state.”

Energy efficiency programs “provide benefits to all customers,” not just those who invest in different projects, said Dan Sawmiller, Ohio energy policy director for the Natural Resources Defense Council.  Energy efficiency programs reduce the need for new power plant capacity, lessen the need for new poles and wires, control clearing prices in energy and capacity markets, and cut down on credit and collection costs, he explained.

Besides cutting the final target by 23 percent from the current target, the bill would expand opt-outs for large industrial customers. Supporters of opt-out provisions say customers who make that choice shouldn’t pay twice for energy efficiency when they already have an incentive to do their own cost-cutting.

The bill would also make it easier for utilities to profit from energy efficiency programs that customers pay for. If a utility reaches the limit for profits for so-called shared savings in one year, terms in the bill would let the company count anything extra towards the following year and collect profits then. Sawmiller estimated that could “turn into an easy profit” of more than $500 million for utilities.

“I don’t know of any business that rests on its profits from one year and uses those profits as an excuse to underperform the next year,” Kelter said.

Speaking for the Office of the Ohio Consumers’ Counsel, attorney Christopher Healy objected to those “banked savings” terms and also wanted limits on how much consumers could be charged for clean energy programs. There should also be clear standards what counts for energy efficiency costs, he said. “Consumers should not have to pay for image advertising by utilities that want to market themselves as green.”

Environmental advocates and industry representatives support the substitute bill’s terms to relax the property line setbacks for commercial wind turbines. A 2014 law had tripled the setbacks from prior levels without any public hearings on the issue.

“By easing this burdensome regulation, Ohio could stand to benefit from more than $4 billion in economic development for the state,” said attorney Terrence O’Donnell on behalf of Ohio Advanced Energy Economy. “Access to advanced energy is a key consideration for the majority of Fortune 100 and 500 companies when considering where to locate or expand operations, in terms of meeting their sustainability goals.”

“While we are pleased to see the Senate continue efforts to open Ohio for business once again when it comes to wind energy,… correcting the wind setbacks should not come at the expense of Ohio’s clean energy standards,” said Adam Rissien of the Sierra Club’s Beyond Coal campaign.

In contrast, anti-wind opponents spoke out against the terms to fix the property line setbacks. Activist Julie Johnson, for example, argued that Ohio’s setback restrictions are not among the strictest and noted instances where local zoning boards have more say. Johnson was the source for a 2015 Danish study that Rep. Bill Seitz (R-Cincinnati) sent to fellow lawmakers, media outlets and others as part of opposition to a stand-alone bill to fix the setbacks.

According to General Electric, wind turbines at a distance of 985 feet away from a residence would have a sound level of about 43 decibels, just slightly more than the 40 decibel noise level of most refrigerators. The current version of HB 114 calls for a distance of at least 1,225 feet to the nearest habitable structure on a property.

The Senate Energy and Natural Resources Committee could report the bill out to the full Senate for a vote as early as Wednesday, Sawmiller said.

But with terms different from the House version, any bill would then go to a conference committee. There it would likely face objections from members such as Ohio House Majority Floor Leader Bill Seitz, a staunch foe of wind energy.

“I would oppose the current version pending in front of the Senate very doggedly,” Seitz said.

Meanwhile, with HB 114 coming on the heels of Gov. John Kasich’s 2016 veto of another bill that would have watered down the state’s clean energy standards, the bill “continues a trend geared towards weakening our clean energy standards,” Rissien said. In his view, that would be “a clear sign of a lack of direction and commitment when it comes to developing a coherent, stable, state energy policy.”