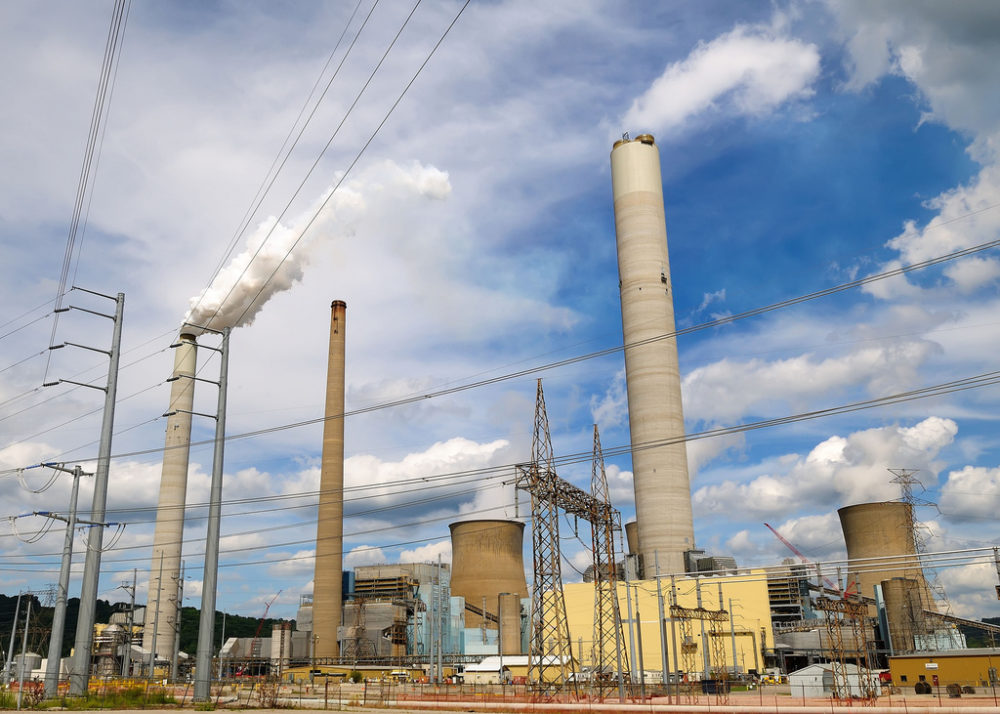 As a utility in Appalachian coal country seeks to add more renewable energy, the long-term decline of the industry that once made the region prosperous is a complicating factor.

Appalachian Power (APCo), whose territory includes parts of Virginia, West Virginia and Tennessee, has had to close older coal-fired power plants due to federal clean air regulations, but still has enough capacity that regulators won’t allow it to make big investments in cleaner alternatives, either.

At the same time, the coal industry’s long-term downturn has suppressed energy demand in the region, which also has prevented the company from adding more capacity, including wind and solar energy. The coalfield communities in central Appalachia that comprise the largest part of APCo’s service area have suffered from large-scale loss of employment due both to the mechanization of the coal industry and to competition from natural gas as a power source.

With most of its territory having a slow-growth economy at best, APCo proposed no new generation projects in its 2018 integrated resource plan, filed in Virginia. Despite promises by President Trump and West Virginia Gov. Jim Justice to revive the coal industry, the subsidiary of American Electric Power has reiterated that it has no plans to build new coal-fired power plants.

For that matter, it’s not planning to build any gas-fired plants in the near future, either. It will buy power from a third-party solar facility under construction in central Virginia, but its bid to buy a pair of wind farms in Ohio and West Virginia was blocked by Virginia regulators—largely because they said the utility had no need for the additional capacity.

Appalachian Power’s IRP forecasts a “modest” capacity shortfall by 2030, so it proposes a few investments in solar, energy storage and energy efficiency.

“Their customer base and their load really isn’t growing at all, unlike Dominion, which plays up robust growth even if it’s not showing up,” said Will Cleveland, a lawyer with the Southern Environmental Law Center. “Appalachian Power isn’t proposing to build a bunch of new fossil generation the way Dominion is. In that regard, they are far less problematic from a carbon emissions and climate-change perspective. Their climate emissions are only going down as they continue to retire outdated plants. Does that mean they’re the perfect utility? No. But by virtue of their business model, they behave differently.”

Ivy Main, renewable energy chair for the Virginia Chapter of the Sierra Club, said the company’s political profile leaves a lot to be desired.

“I think we’re seeing an improvement in tone from AEP, but I’m not seeing a difference in the culture of the company, particularly APCo,” Main said.

“From one year to the next, we see dramatic changes as wind and solar become more competitive,” Main said. “I’d hesitate to expect a sea change from APCo until it really happens. Even with Dominion’s plans, even if they build more solar, we’re still talking about that providing only 10 percent of their electricity supply. We’ve got a long way to go, so we’ve got to be careful about getting too excited about incremental progress.”

According to the IRP, coal still provides a majority of Appalachian Power’s generating capacity, at 60 percent. By 2032, it still expects coal to provide 55 percent of its capacity. It expects solar generation to grow from nothing today to 13 percent in 2032, largely from construction of the 15 MW Coronal Depot solar facility in Campbell County, which is expected to begin operating in 2021.

The reason for that dramatic shift in projections stems from an April decision by Virginia’s State Corporation Commission, an appointed board that regulates utilities and other businesses, to deny Appalachian Power the right to recoup costs from the purchase of the Beech Ridge IT and Hardin wind farms under construction in West Virginia and Ohio, respectively.

“Put simply, the capacity and energy from these generating facilities is not needed by APCo to serve its Virginia customers,” the SCC wrote in its decision. “Thus, we find that it is neither reasonable nor prudent for APCo to acquire the Wind Facilities and then recover the costs from Virginia customers based on the record before us.”

Because Appalachian Power is a winter-peaking utility that can purchase energy through PJM Interconnection, a summer-peaking regional transmission outfit, the utility’s argument for the purchases boiled down to the fact that it could generate that energy less expensively than buying from PJM, the SCC wrote. The commission did not see that as sufficient reason to approve the purchases. West Virginia regulators followed suit in late May, also denying the request to purchase the wind farms.

As a result, the utility will continue to rely heavily on coal, although not as much as it did a decade ago. In 2015, APCo retired seven coal-fired units at four locations and retrofitted two more units at Clinch River for natural gas as a result of the federal Mercury and Air Toxics Standards (MATS) standards. Those closures and conversions reduced the utility’s reliance on coal, but they also took its oldest plants off the books, meaning that no more coal plants are scheduled for retirement within the IRP’s 15-year window. Two natural gas units at Clinch River are slated to close in 2026.

Appalachian Power does sometimes receive requests from its business customers “seeking varying degrees of renewable energy supply,” said company spokesman John Shepelwich, which is one reason why the company is seeking a renewable energy tariff from the SCC. So far, however, it hasn’t yet partnered with companies on the scale of Amazon, whose partnership with Dominion resulted in the creation of a purchase agreement that allowed it to source all of its electricity from solar sources.

Appalachian Power is “serving the more conservative area that isn’t demanding change as fast as Dominion customers are,” said Main. “They don’t have the same level of pressure from the tech companies that has really educated Dominion on solar. Much of the progress we’ve seen with Dominion came as a result of Amazon and later Microsoft and Facebook coming in and saying, ‘We’re doing solar with or without you.’ That woke them up to the dangers of not changing.

“You’re not seeing that in APCo’s territory. They haven’t been under the same kind of pressure.”