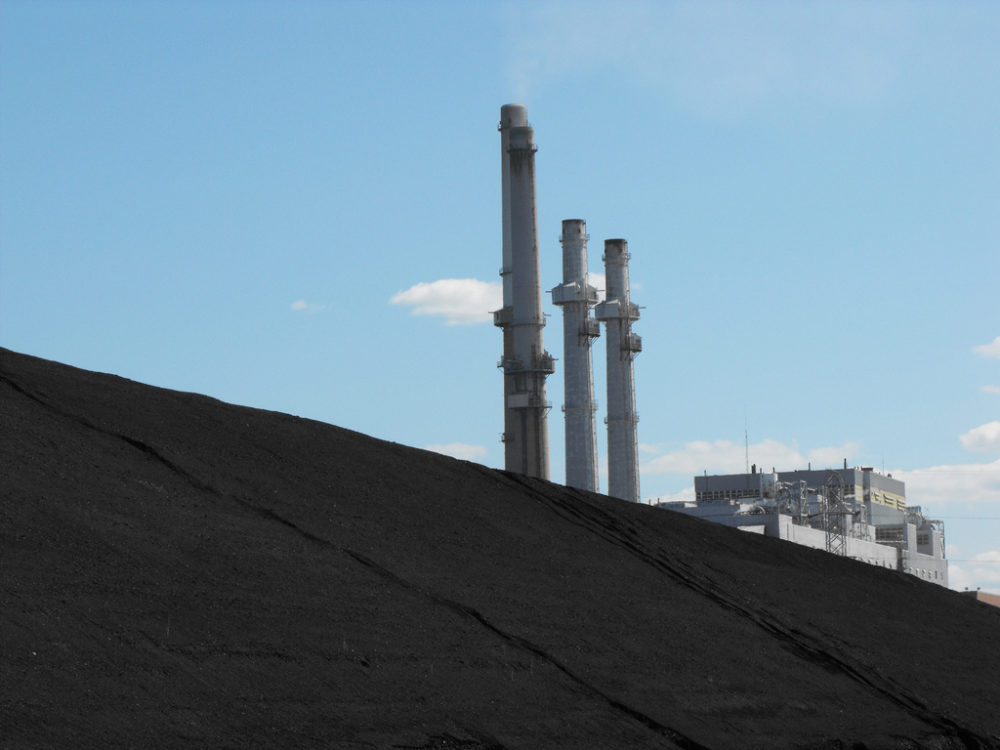 The Will County Generating Station in Illinois.

When Chicago’s two coal-fired power plants closed in 2012, residents cheered the reduction in pollution and began envisioning what they’d like to see become of the sites. In such a major city, the loss of taxes paid by the company was not a significant issue.

It’s a different story in places like downstate Illinois, where coal plants are at risk of closing in coming years in communities that depend on the jobs and tax revenue they generate.

That’s why the nonprofit Just Transition Fund and its partners around the country are trying to help communities and governments prepare for what experts say is the inevitable closing of more coal plants, and coal mines.

In September, the Just Transition Fund will hold its first meeting focused specifically on the transition away from coal in the Midwest, with a particular focus on working with organized labor. The group’s executive director and co-founder Heidi Binko said the fund will also be expanding its focus on Illinois, where the EcoJustice Collaborative has been working with mining communities on transition plans for years.

Along with more than half a dozen coal-fired power plants that could close in coming years, downstate Illinois is home to many coal-field communities where mines were long the mainstay of the economy and local identity. While Illinois coal remains relatively profitable compared to coal in Appalachia and other areas, mine employment is a fraction of what it was in its heyday and existing mines won’t operate forever.

“We launched the fund in 2015 knowing that [dropping coal employment] would just become more and more of a problem,” Binko said. “When you think about coal mining regions, Appalachia was the region first and hardest hit; they’ve been dealing with transition for a decade. The Powder River Basin is likely to see the effects next, followed by the Illinois Basin.”

While jobs may get more attention, Binko said the loss of tax revenue is usually the most pressing issue when both mines and power plants close.

In New York, a 2015 state law makes state “gap funding” available to help replace the taxes a closed power plant would have paid. The $45 million fund was created thanks to activism around the closing of the Huntley plant near Buffalo.

Sandy Buchanan is executive director of the Institute for Energy Economics and Financial Analysis (IEEFA), which carried out a financial analysis for the New York alliance pushing for the gap funding law.

She pointed to the government funds allocated to help communities affected by the closure of military bases. While coal plants are privately owned and run, she said the government should play a similar role in helping those communities survive a closure.

“Especially if you have a big plant in a small town, [a plant closure] can cause serious harm to the school system, the police force, anyone who gets public funding,” Buchanan said. “So it’s really important to have a strategy for local governments to get funding into their coffers to plan for this transition.”

The IEEFA also created a report and strategy regarding the Navajo Generating Station in the Arizona. The plant is slated for closure, which will mean cleaner air but a major loss of jobs and tax revenue for the Navajo and Hopi tribes. Buchanan noted that companies often ask the government for “bailouts,” as critics call them, to keep plants running. This has been the case around the Navajo Generating Station as well as with Dynegy in Illinois, FirstEnergy in Ohio and other instances.

“Well, how about instead of bailing out the coal plant, bring in federal money to support the budget of Navajo and Hopi, allow them time to plan for the future,” said Buchanan. “That’s much less expensive than a federal bailout of a coal plant which would mainly go to the pockets of Peabody” — the mining company which is the sole supplier of coal for the Navajo Generating Station.

While government funding for struggling communities might be the ideal solution, it is hard to count on. Buchanan said that in Ohio, where many coal plants have closed, state leaders have not done much to address the issue.

“There’s been very little, you could say zero state government effort to help these communities out,” Buchanan said. “It really looks to me like the leadership needs to come from the communities themselves, because they’re not going to get help from [state capitol] Columbus.”

The Just Transition Fund offers grants to help communities bolster their existing economies and try to develop new ones. While the effort is modest compared to the scale of the challenge, the grants can help existing retailers or other business owners grow, in ways that theoretically create more tax revenue and jobs.

Debbie Phillips served in the Ohio legislature for four terms, seeing first-hand how constituents struggled with the decline of the coal-based economy. Now she is CEO of Rural Action, an advocacy group that works with the Just Transition Fund.

Phillips noted that while residents might like to see new industries, retail developments or other economic drivers come to town, it is hard to lure investors to rural areas. She called on government, donors or financial institutions to create incentives or investment funds that prioritize investment in communities with plant or mine closures.

But even when new types of investment spring up, she added, it is hard to replace the types of jobs that coal provided.

“This is a region that has multi-generational poverty,” she said, “where the kind of job they could have had working for a coal company is one with decent pay and benefits,” but jobs in other industries likely don’t compare.

“It’s a long road to diversify an economy that’s been dependent on coal; none of these are quick fixes.”

During her time in the legislature, Phillips toured an AEP hydropower plant where a generator was being refurbished. She noted that such work could be done by former coal plant employees.

“The people who work in that plant absolutely love it,” Phillips remembered. “It’s so much cleaner than working in a coal plant. If we are mindful of the way we do these transitions, and if the power companies are willing to work with the workers and local communities, there can be transitions that make sense, using the skills they developed in a way that’s good for them and good for our energy supply. But unfortunately our energy policy in Ohio is fairly fragmented, and doesn’t lend itself to a thoughtful transition.”

While coal plant workers might have skills that are transferable to clean energy, coal mine employees might be able to get temporary employment in the cleanup of closed coal mines.

“We’re funding reports right now that look at potential for [mine] reclamation as an economic development strategy,” said Binko. “When you’re talking about reclamation of former mine sites, it is often the exact same skill set — moving dirt essentially, the use of big machinery.”

For both coal mines and power plants, federal and state regulations generally mandate that the sites are cleaned up to certain standards. But after the cleanup, local residents, community organizations, and even elected officials often have relatively little power in deciding what comes next.

Sites are typically privately owned, and while the legacy or new owner is bound by remediation, zoning, and other requirements, it’s difficult for the public or the government to tell the owner what to do with the site.

After coal plants closed in Chicago, the Delta Institute — a grantee of the Just Transition Fund — worked closely with residents, city officials, designers and other stakeholders to come up with proposed plans for the two sites. Residents envisioned green space, renewable energy production, retail, a community kitchen and other options.

But six years later, it is unclear what will happen to one of the sites — a city bus barn has been discussed; and the other site was purchased by a developer proposing a major logistics center, an idea local leaders strongly oppose.

Meanwhile, residents north of Chicago in Waukegan, Illinois have been spearheading their own process regarding what they’d like to see on the site of a coal plant that they feel will close. But city leaders have been largely reluctant to engage with the effort, and the company that owns the plant, NRG, says the plant will keep operating.

The means as an end

Three decades ago, Cynthia Winland worked with communities in Michigan that were struggling with the decimation of the auto industry. Today she is a fellow with the Just Transition Fund and consultant for the Delta Institute working on coal transitions. She said that even if residents’ visions never come to pass, there is much value in the process of deciding what they’d like to see on the site of a power plant or mine.

“To think about land use and what they want to be in the future and what does success look like to them,” she said. “What kind of assets are available to them, even if they aren’t available now, what would they want to do [in the future]? For people to articulate what they want, they may not be able to achieve it on that particular site, but it may be able to guide other things.”

In May, the Delta Institute released a guide for communities with coal plant closings, with questions and strategies related to land reuse, stakeholder engagement, environmental cleanup, government resources and more.

The Delta Institute, Just Transition Fund and others use an “asset-based approach”  meant to help communities identify their strong points and potential for growth.

“It’s important to note that what a just transition looks like is different in different places,” Binko said. One area might look to sustainable farming or eco-tourism, while another would emphasize clean energy.

“It’s never one silver bullet; one of our grantees likes to say it’s a number of silver BBs,” said Binko. “They want to transition away from being dependent on one thing for a long time. You don’t want to just replace one mono-economy with another.”