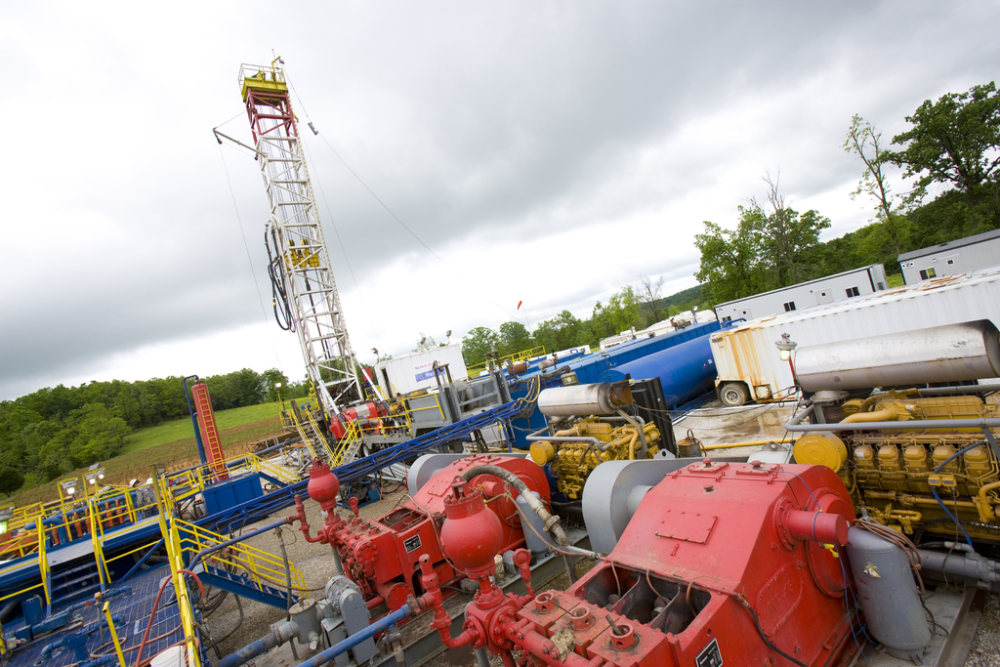 A federal tax credit passed earlier this year could increase the amount of carbon being stored underground. The revamped “45Q” tax credit boosts the amount of money available to companies willing to capture and store carbon emissions in geologic formations or use CO2 to extract oil from existing wells.

Support for the legislation was led by the Carbon Capture Coalition, a project of the Minneapolis-based Great Plains Institute and the Center for Climate and Energy Solutions. The coalition has members from business, labor and environmental communities.

The Great Plains Institute’s vice president of fossil energy, Brad Crabtree, leads the coalition. Getting legislation through Congress as part of the tax bill proved to be a test of will and time, he said.

“I spent six years of my life on this piece of the U.S. tax code,” Crabtree said with a laugh. “When you’re young, you think what will you do with your life? You don’t think of working on an obscure part of the tax code for six years.”

The result of the credit, he believes, is that the United States now has an “incentive policy for a technology that is proven and can be brought into the marketplace and deployed at scale.”

The credit likely will be used by power plants, factories, ethanol producers and companies pulling greenhouse gases out of the atmosphere. Crabtree recently spoke to the Energy News Network about how 45Q could be a catalyst for reducing carbon emissions in the Midwest. The conversation has been lightly edited for length and clarity.

It’s like the wind production tax credit in how it functions. Instead of offering a credit for wind production it offers the credit for the capture and geologic storage of a ton of CO2 that would otherwise be emitted by an industrial facility or power plant.

Q: How much is the credit?

The tax credit offered $10 per metric ton for enhanced oil recovery previously. That will ramp up to $35 a ton by 2024. A $50 a ton tax credit will be available for companies doing carbon capture and storage (CCS) in geologic formations.

Q: Why the difference?

If you only store CO2 and don’t produce any oil you receive no additional revenue. The policy recognizes that difference.

Q: What is enhanced oil recovery?

Carbon is injected back into existing wells, a process that increases the volume of oil and allows producers to extract more oil.

Q: How does that help with reducing carbon?

Q: How will this legislation impact the Midwest?

There are two ways. One is that if a power plant emits more than 500,000 tons annually it is eligible for the tax credit.  There may be utilities in the region near geologic formations willing to store their emissions. Businesses emitting under 100,000 tons and above of CO2 can now take advantage of the tax credit.

Q: Why is that important?

This opens the door to participation for a whole range of industries and in the Midwest the prominent example will be ethanol. And the Midwest has the advantage of having vast saline formation reservoirs for storing carbon.

I think there will be a huge incentive to install CO2 compression equipment at ethanol plants to transport CO2 to where it can be stored. The ethanol industry is trying to figure out how to reduce its carbon footprint and companies could use the tax credit to invest in pipelines linked to oil producers and underground storage.

It’s cheaper to capture CO2 from an ethanol plant than from a power plant because it has a higher concentration of gas. I think there’s a chance the US ethanol industry will be the first industry in the world to capture most of its CO2 emissions.

Archer Daniels Midland (ADM) began storing (in 2017) 1.1 million tons of carbon emissions a year from a corn processing facility in a saline formation at its ethanol plant in Decatur, Ill. ADM is taking responsibility for those emissions but not every company will be willing to do that.

Q: Will the Midwest see other projects emerge with the 45Q tax credit?

I see Kansas, Oklahoma, Illinois and Michigan have significant amounts of CO2 that can be stored through enhanced oil recovery. I don’t think the power sector will store as much CO2 because of the cost, but there are plants in Canada and Houston doing it. Other industries making products using hydrogen and ammonia such fertilizer companies have a strong presence in the Midwest.

Q: When will we begin to see the effect of 45Q?

What we think will happen is you will begin to see projects being announced in the next few months to within year. White Energy and Occidental have announced their intent to capture CO2 from two Texas ethanol plants. Things are starting to happen.

4 thoughts on “An FAQ on 45Q: What federal carbon storage tax credit means for Midwest”