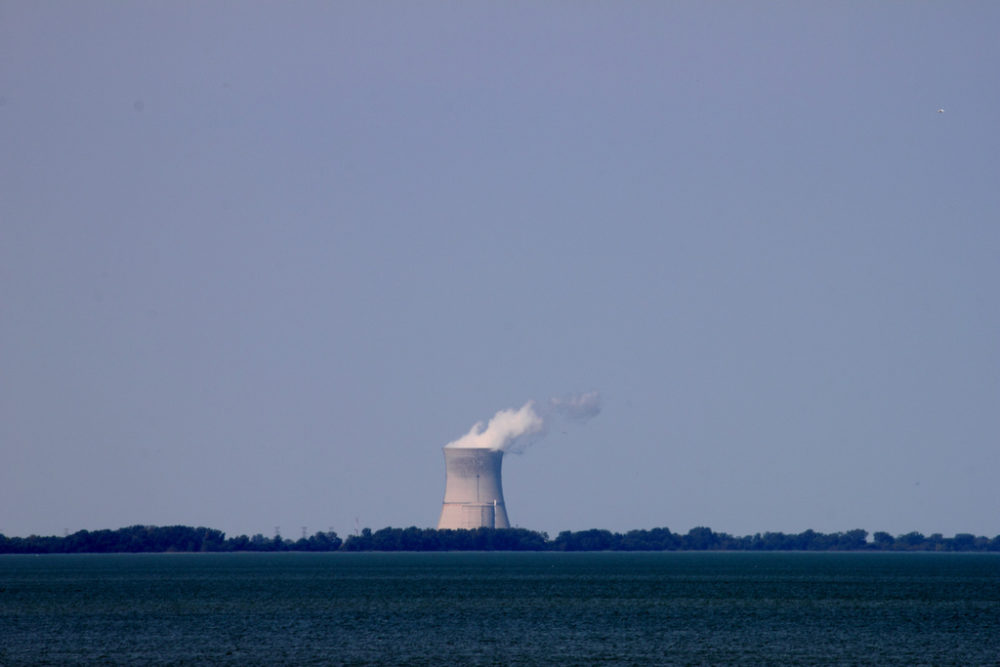 Ohio’s Davis-Besse nuclear plant is scheduled to close within three years, but decommissioning could take up to 60 years, and after that a regulated radioactive fuel storage facility will remain on the site indefinitely.

FirstEnergy’s generation subsidiaries announced plans to shut down Davis-Besse and two other nuclear plants three days before filing for bankruptcy in March. Dealing with radioactive fuel and waste, decontamination and demolition will take decades.

Inspectors and analysts for the Nuclear Regulatory Commission outlined the process at a public meeting last month in nearby Port Clinton, Ohio. Officials with FirstEnergy Solutions and the Environmental Law & Policy Center also attended. Here are some of the questions they answered:

Why would decommissioning take so long?

Radioactive fuel rods continue give off “a lot of energy” and need time to cool before moving to long-term storage, said resident NRC inspector Daniel Mills. That process can take years.

Besides that, it can take a while to dismantle and dispose of power plant equipment. Buildings and concrete structures, such as cooling towers, also need to be demolished. The NRC makes safety and site inspections along the way to verify the cleanup, Mills said.

Is the plant running now?

Will FirstEnergy’s subsidiaries really shut the plant down and go through with decommissioning?

For now, that’s the plan. But, said FirstEnergy Solutions spokesperson Tom Mulligan, “Obviously, the fond hope is to keep these plants running and get them relicensed.”

FirstEnergy has spent four years seeking state and federal subsidies for its plants — and now for other nuclear plants in the PJM grid region as well. And in June the Trump administration announced plans to take regulatory action that would prevent more nuclear and coal plant closures.

“The plants right now are simply not economical to run,” said attorney Margrethe Kearney of the Environmental Law & Policy Center.  “It would be foolish in this case to subsidize the losers.”

When will the main decommissioning activities start?

Not before next year. FirstEnergy’s subsidiary first needs to file a detailed plan called a PSDAR for the agency’s review, said NRC health physicist Bill Lin. Within 90 days of receiving that, the agency will schedule another public meeting. After that the agency will decide whether to approve the plan.

What’s the most likely plan for dealing with the radioactive fuel?

The company plans to use the SAFSTOR method, according to FirstEnergy Solutions spokesperson Tom Mulligan.

Under rules for that method, fuel could stay in the shutdown reactor for up to 50 years before going into a holding pool on plant property. Water in the pool would help dissipate heat over the course of several years. Afterward, personnel would move the rods into containers that would eventually be enclosed by concrete and stored with room for air flow.

Those thermos-like containers would then stay in storage on part of company property indefinitely under a separate NRC license. That license is necessary because although some radioactive fuel and waste isotopes decay quickly, others have half-lives of hundreds or thousands of years. The agency would continue to conduct periodic inspections, Lin said.

What affects how soon fuel starts to move out of the reactor?

Although companies can wait up to 50 years before doing the hands-on work of decommissioning, their financial responsibility requirements go down if they go faster.

“You save money — a lot of money,” said nuclear engineer Dave Lochbaum of the Union of Concerned Scientists in a follow-up interview. “We actually prefer not having that hazard there for 50 or 60 years,” he added.

The pending bankruptcy casts a wrinkle on that scenario, though, because the plant’s value for possible future use would likely fall once the process starts.

What happens to the rest of the property once the plant is decommissioned?

That’s basically up to the property owner, Mills said. In this case, that would be FirstEnergy’s subsidiary or its successor.

Why not remove the radioactive material from the site or construct more permanent disposal there?

The United States currently has no long-term disposal facility approved for high-level nuclear waste. So, sending it somewhere else isn’t a practical option.

And although NRC rules currently allow for an ENTOMB option of permanently encasing all nuclear materials on site, that process would almost certainly involve more work and cost more. No licensee has yet sought that option, according to an NRC fact sheet.

Is there enough money to pay for decommissioning?

The NRC found there was adequate funding to pay for decommissioning as of the last company trust fund report in March 2017, said NRC financial analyst Shawn Harwell.

The next financial report is due in March 2019. In the meantime, the NRC is working with the Department of Justice to make sure the decommissioning trust fund is protected in the pending bankruptcy case, Harwell said.

Will FirstEnergy be on the hook for cleanup costs as the subsidiaries’ parent corporation?

Before the bankruptcy, FirstEnergy was basically a guarantor of its subsidiaries’ obligations for decommissioning, said Kearney. Without a separate order, though, there’s now a risk that the parent corporation might not have liability after its subsidiaries’ discharge in bankruptcy. And there might be a shortfall between actual closure costs and amounts already funded.

“At this point we don’t know how significant the gap is,” Kearney said. On June 19, she and other ELPC representatives met with NRC personnel in Maryland to present information supporting their concerns, including an affidavit from former NRC commissioner Peter Bradford. Further action on the issue will depend on both the bankruptcy court and the NRC.

Are other nuclear plants owned by FirstEnergy subsidiaries?

How much more would it cost Ohio ratepayers to keep the nuclear plants running with subsidies?

It depends on the terms of those subsidies under either federal or state action. But the costs would likely be steep.

Energy policy and economics professor Seth Blumstack of Pennsylvania State University reported in June that he had calculated a potential cost of $200,000 per job that might be saved with “zero emissions credit” for the FirstEnergy Solutions’ Beaver Valley plant and the unaffiliated Three Mile Island plant in Pennsylvania. His analysis will be in an upcoming issue of The Electricity Journal.