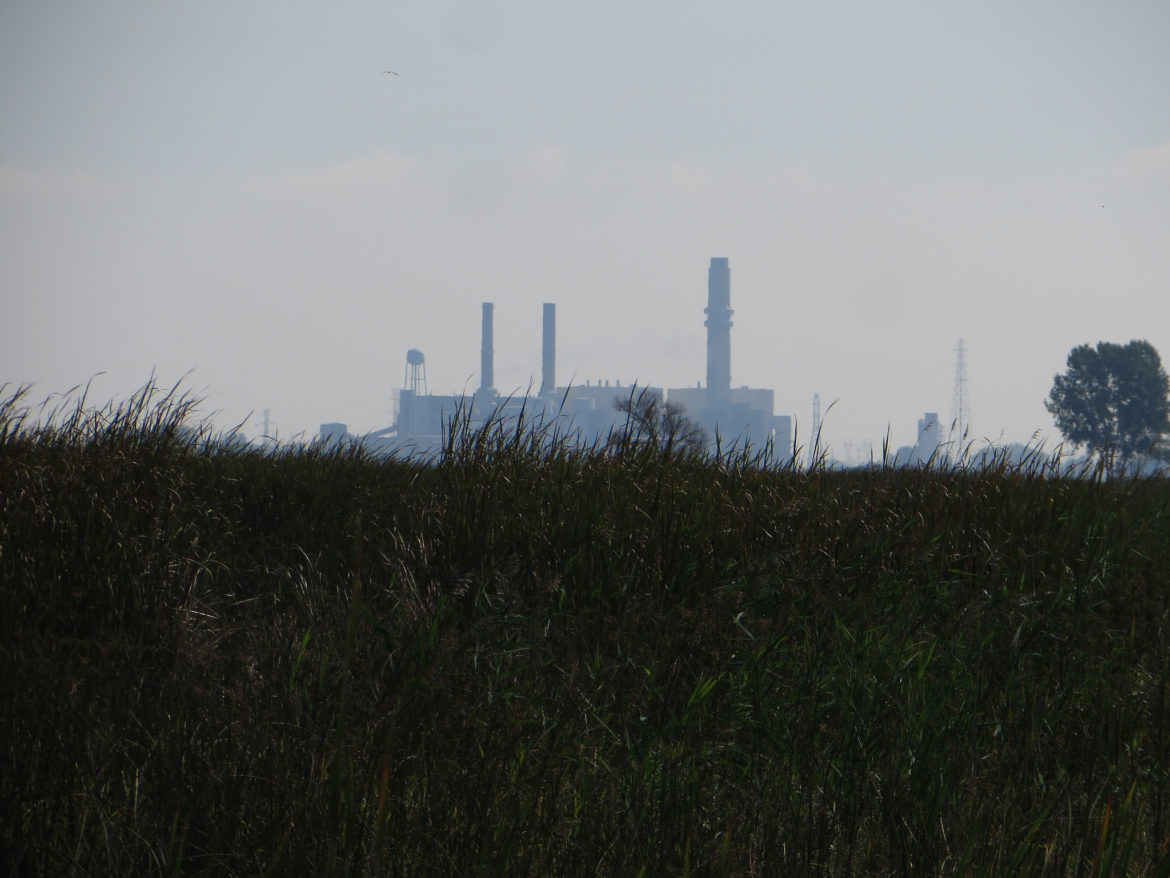 Consumers Energy's Karn-Weadock complex near Bay City. The utility is farther along in retiring coal units than DTE Energy.

Despite similar long-term clean energy goals, Michigan’s two major utilities have competing visions for replacing their coal generation over the next decade.

DTE Energy is preparing to build a $1 billion, 1,100 megawatt natural gas plant it says is needed as it retires most of its coal fleet by 2023.

While Consumers Energy went through a round of coal-plant closures in 2016 — and purchased two natural gas plants prior to that — the utility is forecasting another round of capacity need around 2030 when its remaining coal units are retired. When that happens, Consumers is planning a modular network of solar projects to help meet capacity needs.

The utilities are different in size and serve different geographical regions of Michigan, making it difficult to directly compare the two. DTE also has relatively little natural gas capacity compared to Consumers.

However, the rhetoric from Consumers officials differs from DTE when it comes to planning for a future where renewable energy competes directly with natural gas. Critics are also challenging DTE’s assumptions that it needs a large-scale natural gas project at this point.

“We believe that from a risk perspective for our customers, the world is changing fast,” said Brandon Hofmeister, Consumers’ senior vice president of governmental, regulatory and public affairs. He said while gas prices have stabilized with fracking, there is long-term price volatility, policy uncertainty and changing economics due to technology and renewables with new gas plants.

“When you think of a 30- to 40-year asset (like a new gas plant) … we think it’s most prudent to take a lean and clean approach,” Hofmeister said

Utility officials and state regulators say the two utilities are simply at different starting points in their clean energy transition.

“One is on the field, the other is still preparing to take the field,” said Michigan Public Service Commissioner Norm Saari, referring to Consumers’ and DTE’s long-term Integrated Resource Plans. Consumers unveiled its plan last month, while DTE’s is due in March 2019.

“We’re different companies with a different starting point,” said Irene Dimitry, DTE’s vice president of business planning and development. “Given our schedule of retirements and load requirements, the analysis … pointed to natural gas as the best solution for our customers.”

While DTE plans to double its renewable energy capacity in the next five years, “We think gas complements that. The wind doesn’t always blow and the sun doesn’t always shine,” Dimitry said. “We want to make sure we have something to count on.”

Hofmeister agrees that the companies are at different points.

“Our big capacity need is really in 2030 versus DTE retiring a lot of coal earlier than that,” Hofmeister said. “There are some key distinctions when you dig in a bit with DTE that make their situation a little bit different than ours is.”

Consumers effectively brought new natural gas plants online less than a decade before its first major round of coal retirements in 2016. The company purchased a 946 MW plant in southwestern Michigan in 2007 and opted to buy a 542 MW plant (instead of build one) in 2014 near its headquarters in Jackson.

“DTE’s fleet had been much more heavy on coal and nuclear for many years,” Hofmeister said. “They haven’t had the same exposure to natural gas resources we had. Their need is earlier than our big need is.”

Saari said DTE showed the need for a 1,100 MW gas plant “based on their schedule of closing coal plants.” When comparing the two utilities forecasted need for natural gas, “It depends on where you put the marker out there,” he added.

Clean energy groups have launched separate challenges to DTE’s 1,100 MW gas plant with the Michigan Public Service Commission and the Michigan Court of Appeals. In both cases, groups say the plant is unnecessary and that cheaper options with renewables, energy efficiency and demand response exist.

In the groups’ petition for a rehearing before the MPSC, they mention Consumers’ Integrated Resource Plan showing the utility does not plan any new natural gas plants.

“One of the big concerns in the DTE case is the company was giving short shrift to renewables and underestimating the risk of building a natural gas plant,” said Margrethe Kearney, staff attorney with the Environmental Law and Policy Center. “That might well be an asset in 10 or 15 years that is not cost effective or valuable to people in the state of Michigan. We’re at this transition point, and we need to be thinking about it as a transition point.”

Indeed, utilities across the region are confronting opposition to new gas plants due in part to the declining costs of clean energy alternatives. Researchers say there is growing potential nationwide that a “rush to gas” could lead lead to stranded assets, with ratepayers picking up the tab.

Kearney added that DTE’s concerns about reliability and the timing of plant closures “were not supported with clear evidence” in the record, which is a key basis of the groups’ appeal.

“Consumers’ filing really shows how key it is to look seriously at resources like renewable energy, energy efficiency and demand response,” she said.

Critics also contend DTE’s plan wouldn’t have been approved under new long-term planning requirements established under 2016 energy laws. DTE filed its plans less than a year before the new rules were formalized.

DTE will also be subject to the new modeling requirements when it files an Integrated Resource Plan in March 2019. The new scenarios include accounting for renewable energy prices being 35 percent below what is forecasted.

“That’s a significant change in the business-as-usual forecast,” Dimitry said. “Assuming renewable costs immediately and dramatically drop by 35 percent is not as realistic — maybe more of a boundary case.”

Critics contend that if DTE waited a year to present its long-term plan under the new energy laws then the 1,100 MW gas project wouldn’t have been approved. While the utilities are different companies with separate needs, Kearney said it’s still difficult to say whether the 1,100 MW plant is needed.

“They just didn’t do the right analysis” for the plant, she said. “If they had done a robust IRP where they really considered a diverse renewables portfolio, it would be different. We’re not saying DTE should do and build what Consumers did, we want them to conduct an analysis that really considers (clean energy) as serious resources.”

Dimitry says the company was up against a 2023 deadline to either invest in environmental controls at the coal plants or retire them.

“For the smaller coal plants, it made sense to retire them than make new investments,” Dimitry said.

“I definitely think there’s room to optimize the system” as coal plants come offline, Hofmeister said, particularly with demand-side resources like efficiency and demand response. This is also why Consumers is not planning a megawatt-for-megawatt capacity replacement for its coal plants.

“There is an opportunity to reduce the overall size of the peak demand and better utilize power plant assets,” Hofmeister said.

Dimitry said DTE doesn’t believe overbuilding the system with gas is a “big risk. We believe it will be an important part of our portfolio for decades to come and supports the drive into additional renewables.”

One thought on “In Michigan, a big divide between utilities on replacing coal”