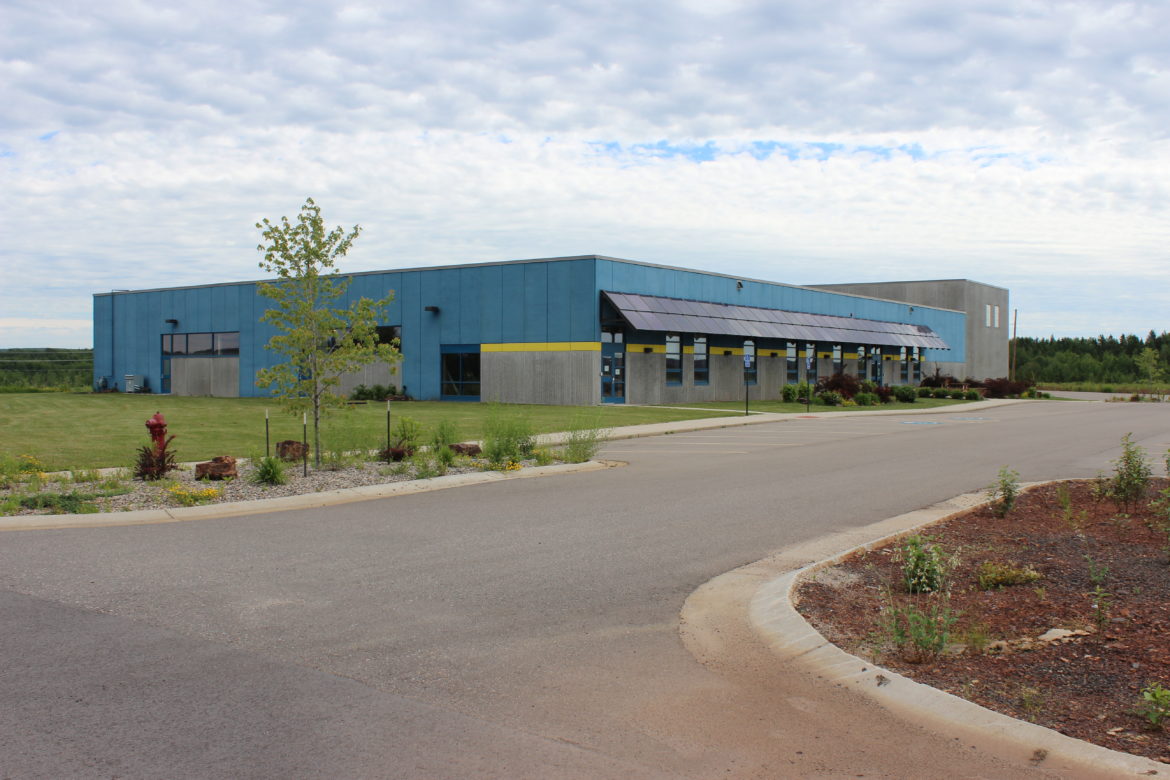 An Ontario company is restarting production at this solar panel manufacturing plant in northern Minnesota.

A state loan package to purchase efficient equipment was a major factor in reopening the solar panel manufacturing plant in northern Minnesota.

A Canadian company is restarting production in a once shuttered northern Minnesota solar panel manufacturing plant.

Ontario-based Heliene, Inc. has begun operations in a 25,000-square-foot factory in Mountain Iron, a city of nearly 3,000 people on Minnesota’s Iron Range, and it plans to hire 130 employees by September.

The plant was previously occupied by the solar company Silicon Energy and will be retooled with the help of a $3.5 million state loan package. That local subsidy played a bigger role in its reopening than the Trump administration’s solar tariffs, which have a mixed effect.

The company intends to be competitive by marketing premium, “made in America” panels made in a top-of-the-line facility. Heiliene CEO Martin Pochtaruk said the factory “will be the most efficient in the country because no one else has newer equipment than we will have.”

The facility is a remnant of Minnesota’s small solar manufacturing industry that largely disappeared after a subsidy program called “Made In Minnesota” ended in 2017. Heliene was a participant, but nearly all the other companies in the program have closed their facilities in the state or gone out of business.

Liz Lucente, general counsel and communications’ director for the Minnesota Solar Energy Industries Association, said in a statement that her organization “is pleased to have the newest and most efficient solar module manufacturing facility in the United States operating in the state of Minnesota… especially after losing local manufacturers in the state last year.”

The Trump Administration’s solar tariffs have triggered an estimated $1 billion in new investments in U.S. solar manufacturing but at the same time led companies to cancel or freeze more than $2.5 billion worth of projects, Reuters reported last month.

For Heliene, the impact is mixed. Because hardly any solar panel components are manufactured in the United States, the company will pay a 30 percent tariff this year on components from Asian and European companies, Pochtaruk said.

Yet while the tariffs may help Heliene compete domestically with imported panels, Pochtaruk is hardly a fan.

“The problem with indiscriminate tariffs is that now even the import of glass and the components that go into a module are being taxed,” he said. “So, our manufacturing costs are affected by these indiscriminate tariff taxes placed on solar products from all these countries.”

Pochtaruk recently visited a closed Suniva solar factory in Oregon. It’s the same company that helped initiate the tariffs by bringing a case with Solar World in 2017 to the U.S. International Trade Commission. Now out of bankruptcy, Suniva is up and running again in Georgia but will no longer produce panels in Oregon, where Heliene may purchase a plant that has late model manufacturing equipment in place.

Suniva’s claim led the Trump Administration to place a 30 percent tariff on solar panels and components made abroad. It drops to 25 percent next year and to 15 percent in 2021 before ending in 2022.

The Mountain Iron factory will produce 1,500 panels a day and more than 500,000 annually. A panel will take just 40 minutes to complete, he said, with sophisticated machinery that includes robotics. Those panels collectively could produce 120 to 140 megawatts of electricity, an amount larger than any solar farm in Minnesota.

Despite having to import tariff-laden products, Pochtaruk thinks Heliene’s Mountain Iron factory will become more efficient than its lead Ontario facility, which does not have the equipment to manufacture panels as rapidly as its Minnesota counterpart.

Made In America pitch

The company will market the panels as “made in America” and focus on quality, he said. It will prioritize commercial clients buying rooftop and ground-mount solar panels, with less emphasis on the residential rooftop market, he added.

The factory’s growth would not have occurred without support from governmental agencies in Minnesota, he conceded. Without the state money, “for sure it would not (been located) on the Iron Range,” he said.

In return for the state funding, Heliene has promised to invest at least $5.2 million in the factory and hire dozens of employees, said Mark Phillips, commissioner of Iron Range Resources and Rehabilitation (IRRRB), a regional economic development agency.

The agency shared the investment in Heliene equally with the state Department of Employment and Economic Development. Since Silicon Energy stopped production in Minnesota two years ago, the IRRRB had hoped to secure a new tenant for the Mountain Iron facility.

“We had a solar factory to sell and we thought Heliene has a reasonable chance of success,” Phillips said. The company’s made in America marketing ploy and large scale of operation are more likely to bring success than tariffs, he added. Tariffs have “positives and negatives,” he said. “I don’t think it’s going to be a windfall for them.”