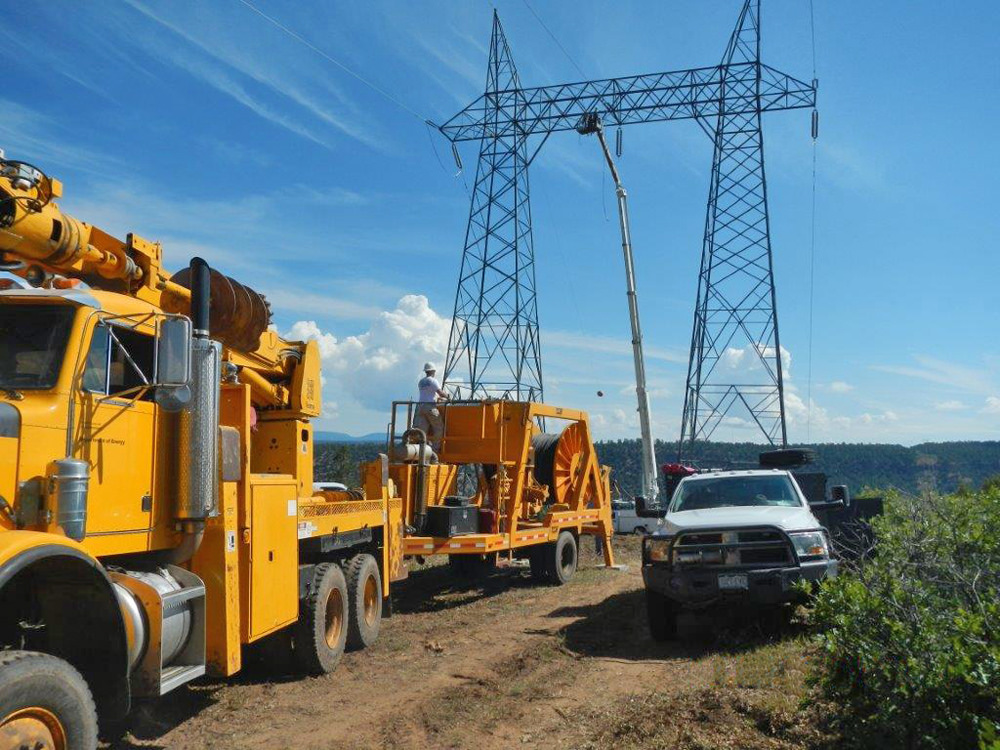 While the ongoing effort to expand the West’s power markets is now focused on California, experts say regionalization could follow multiple paths, not all of them through Sacramento.

In most of the Eastern U.S., the electrical grid is organized under regional transmission operators, or RTOs. The West, with the exception of California, is not, and various stakeholder groups have been meeting to resolve that.

Regardless of how these debates play out, many regard a unification of the Western grid as inevitable, with millions of dollars of potential savings to be gained from meeting electrical demands with increasingly cheap renewable energy such as is being produced by rooftop solar collectors in California or the giant wind farms east of the Rockies.

In late April, Xcel Energy withdrew from the Mountain West Transmission Group to pursue benefits of an expanded market for electricity. The announcement surprised even key individuals in the Denver-based utility who had been working with eight other utilities operating in Colorado, Wyoming and New Mexico on potential alignment with the Little Rock-based Southwest Power Pool.

Just how much money is at stake was suggested several days after Xcel’s announcement when the California Independent System Operator—or CAISO—reported that the organization’s Energy Imbalance Market had produced $330 million in savings since it was launched in November 2014. In just the first quarter of 2018, CAISO said, the market had produced $42.08 million in savings for the six participating utilities operating in seven Western States. None are in Colorado. Comparatively little up-front capital investment was required for the limited functions of the imbalance market.

And a report released last week found that regionalization could save California alone more than $1.5 billion in energy costs by 2030.

“Utilities realize we have to do something,” says Jennifer Gardner, staff attorney for Western Resource Advocates, an environmental group that operates in seven Southwestern states. “Regional markets would make a lot of sense. They work in other parts to the country. We need these markets to integrate all of the renewable energy.”

If regional markets have been talked about in the West for well more than a decade, the seriousness of the conversation has accelerated in the last few years. “We are seeing increased movement toward more regionalized markets in some fashion,” says Dr. Laura Nelson, executive director of the Utah Energy Office.

Several alternatives had been laid out at an informational meeting conducted by the Colorado Public Utilities Commission several weeks before Xcel’s withdrawal from the regional planning group. At that meeting, PUC commissioners heard from representatives of the Southwest Power Pool, at that time the front runner for the Rocky Mountain utilities, but also Peak Reliability-PJM Connext, and CAISO.

All of them, even the Southwest Power Pool, which operates in a swath of the Great Plains from Oklahoma to Montana, remain as options. Some thought Peak Reliability-PJM Connext had put together the best package. However, few believe the Mountain West Transmission Group is still viable. Xcel had been responsible for half the load. Xcel has remained mum, as have other utilities involved in the discussions, about its intentions.

Also, California legislators will soon decide whether to set CAISO free of state oversight, allowing it to become a more acceptable regional market to utilities in other states. By statute, directors must now be appointed by the governor, and CAISO policies are subject to legislative direction. A similar loosening proposal has been turned back twice before.

Even if California stays the course of political governance of CAISO, there may be other options, including what one official describes as “baby steps” toward enlarged markets.

Utah’s Nelson points to the success of CAISO’s Energy Imbalance Market. The EIM was born from the interest of PacificCorp in taking advantage of increasing supplies of lower-cost renewables. The company sells coal-heavy electricity in six Western states, including Utah (through a subsidiary, Rocky Mountain Power). The EIM now has eight utilities that serve Arizona, Nevada, Idaho, and British Columbia, among other locations. The entrance of four more utilities is pending.

“This market operates in real time, almost instantaneously. So it does not allow a lot of energy transactions,” says Maury Galbrath, executive director of the Denver-based Western Interstate Energy Board, an organization of 11 Western states and 3 Canadian provinces. “It’s a sort of an emergency power market. It’s also a market that is very easy to get into and very easy to get out of. The costs are low. And, at least in some states, they don’t need regulatory approve to join the market.

“Slowly, as more and more entities develop trust in that market, there is interest in gradually expanding into other areas, to pick up more transactions and make it more robust.”

The West, unlike other parts of the country, remains heavily Balkanized, with 38 separate balancing authorities. Many analysts see a strong streak of independence, a reluctance of both states and of utilities themselves of ceding control. “The fact that we haven’t all figured out what to do is not surprising. We’re Westerners, we don’t like to be told what to do,” says Laura Wisland, of the Union of Concerned Scientists.

Other challenges and perceived risks have also kept Western energy markets fragmented. Transmission may be one obstacle. Lines in the Rocky Mountains tend to run north and south, paralleling the ranges. Transmission east and west lags, creating greater expense as access charges are added to electricity, a practice called “pancaking.”

Also posing a barrier are conflicting goals. Coal-heavy Utah, for example, has an official policy of “all of the above.” It has no renewable energy mandates. “We don’t really want to pick winners and losers. We want the market and pricing to drive that,” explains Nelson. Utah, she says, worries that the policies of surrounding states could impact the resources available on the grid and hence the affordability, what are called spillover effects. Utah believes those base fossil-fuel resources remain important to ensuring the reliability and resilience of the grid and are undervalued by the market.

In California, there’s fear a regional market could slow the state’s drive for carbon-free electricity. In 2016, coal was responsible for just 4 percent of the state’s total. Only one coal plant, an 83 megawatt unit near San Bernardino, remains in operation.

The arguments are coming to a head in this summer’s debate about A.B. 813 – a bill in the state legislature that would loosen the state’s control over CAISO, allowing it greater potential to operate as a regional market through a regional transmission organization, or RTO.

Gov. Jerry Brown favors the bill, as do two mainstream environmental groups. Not so the Sierra Club, which warns of “significant risks.” A June 4 letter by the Sierra Club, unions and other allies cites a 2016 Brattle Group study called CAISO SB 350. That study, according to the Sierra Club, concluded that regional markets “could result in an increase in the utilization of cheap coal-fired generation and higher overall greenhouse gas emissions than would have occurred absent regional expansion.”

New this year, says the letter, is a worry that President Donald Trump, with his call for support of economically marginal coal and nuclear plants, could “force California customers to subsidize the continued operation of coal-fired generation located in other parts of the West.” Better than a full RTO, says the Sierra Club and its allies, would be modifications of the existing Energy Imbalance Market and multi-state reserve sharing arrangements.

Aligned with labor unions, the Sierra Club also warns that a regional market could imperil 110,000 jobs associated with construction of renewable energy generating infrastructure in California.

The Natural Resources Defense Council and Environmental Defense Fund, however, embrace a more robust regional market created by a full RTO. Carl Zichella, director for Western transmission for NRDC’s Climate and Clean Energy/Nature Programs division, says renewable resources will inevitably prevail because of their cost. Even in the short term, he says, California can reduce its own carbon footprint by burning less natural gas when the sun goes down and instead importing wind-generated electricity from other states.

In turn, California could export surplus renewable energy. Zichella cites the state’s famous duck curve of solar energy. “When you have resources that are surplus, which California has during the day, 13,000 megawatts ramping up in three hours on beautifully sunny days, there’s not enough load (demand), if it’s not all that hot,” he said during an interview in early May. “So we have a lot of surplus electricity that could be sold at very low cost in other states. In turn, the big ramp up in the evening can be met by resources from Wyoming, Colorado, and New Mexico, which have excellent wind.”

“The duck curve is a very manageable problem, but the No. 1 thing that can be done to solve it is to expand the footprint of the grid. The No. 1 thing is grid regionalization.”

For Xcel and other utilities in the Rocky Mountains, Zichella sees the best dancing partners being to the west, not to the east.

Ron Lehr, a former chairman of the Colorado PUC, sees regional markets as being an inevitable component in the transition between more expensive fossil fuels and cheaper, but more intermittent renewables. “That means the way the system operates has to change as well,” says Lehr, now of the Western Grid Group. “They are not changes that are terribly expensive. They are not that nobody knows what to do. They are things that are best practices, and they just need to be adopted.”

As in the nature of any complicated problem, he says, they will be adopted step by step, over time, he says. The National Renewable Energy Laboratory’s study sees regional markets higher on the list than energy storage. They will be cheaper but, in their own way, more difficult. “Making these institutional and market changes, that’s hard. That’s hard work—particularly for engineers,” says Lehr, a lawyer by training.

Editor’s note: This story has been updated to clarify comments from Carl Zichella.