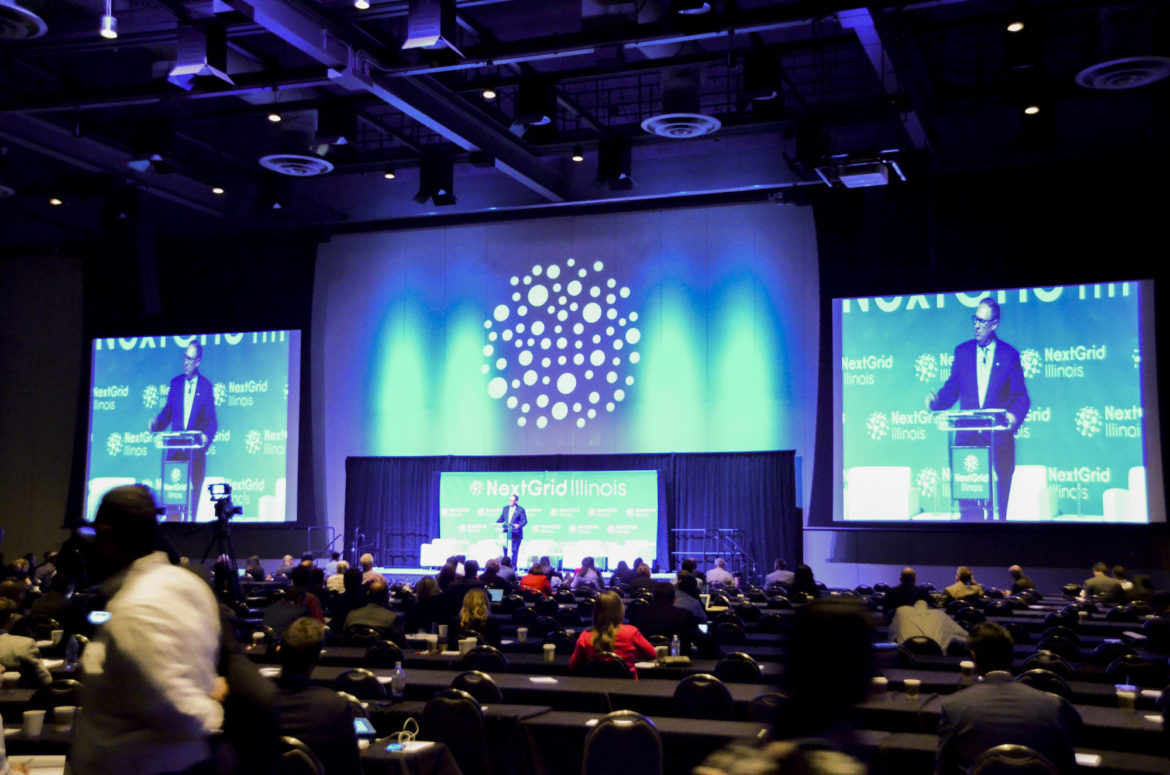 Illinois officials are working to get a sprawling smart grid study back on track following a lawsuit that accused them of open meeting law violations.

The Illinois Commerce Commission agreed to make the remainder of its NextGrid study meetings open to the public after a consumer group and a battery developer said they were wrongly shut out of the sessions.

The process, which has potential to shape state energy policy for decades, was on hiatus for most of July, which is when working groups were originally scheduled to wrap up, according to a calendar on the study’s website.

The meetings resumed last week and are now scheduled in rapid succession, which some critics say leaves little window for newcomers to get up to speed and have meaningful input.

Abraham Scarr, director of Illinois PIRG Education Fund, one of the parties that brought the lawsuit, said the plaintiffs are trying to negotiate more time to participate. “Each working group report is pretty lengthy and to have adequate time to actually review them and provide meaningful input, we need a little bit of time,” he said.

Scarr said he received an invitation on July 25 after being “on the outside looking in for a while,” he said.  “We were invited to participate and received a schedule. There were a bunch of workshops this week. It seems like an attempt to wrap this up in the next couple weeks. That seems inadequate in my view.”

Along with a request that all meetings be public and advertised, the lawsuit asked that all the previous working group meetings be considered null and void. The ICC signed an agreement in a Cook County circuit court to make future proceedings public, but it hasn’t conceded that participants were unfairly locked out of past sessions.

On July 20, the ICC filed a motion to dismiss portions of the lawsuit and limit its scope to meetings that occurred less than 60 days prior to the filing. “We will defend the entire lawsuit vigorously and look forward to a prompt resolution in our favor,” said Victoria Crawford, a senior public information officer for the ICC, in an emailed statement.

“We are pleased that progress on this important study to explore the electric grid of the future will continue,” Crawford said. “Particularly for the more than 230 people actively engaged from the beginning of the process including representatives of the Attorney General’s office, the Citizens Utility Board, academic institutions, and dozens of individuals from the environmental community and renewable energy industries.”

Christie Hicks, senior attorney at the Environmental Defense Fund, said that all the working groups have their final meetings scheduled. “It’s certainly scheduled to wrap up when the ICC anticipated,” Hicks said, but added “after the hiatus, things are getting a little bit stacked on top of each other.”

“It’s getting crunched toward the end,” Hicks said. “But that doesn’t mean that we can’t make a productive process. There are a number of facilitators, and each of them is running things a little bit differently. We’re interested to see how the final report comes together.”

Warren Lavey, adjunct associate professor at the University of Illinois, says he sees a few positive signals that the proceedings are healthy — good stakeholder questions, an engaged commission. “But whether they can bring it home or not, I can’t tell you” he said. “It’s an ambitious task and how much will feed into regulatory decisions, legislation, or other government programs, it’s hard to say.”

Crawford said that “the impetus for the study is education, because how we get and use electricity is changing rapidly, and we want policy makers and consumers to be as informed as possible.”

The report will be used as “an educational tool and resource for policy makers, city and county officials, and consumers throughout the state, as they grapple with decisions about solar developments, microgrids, DER development and other energy and utility decisions,” Crawford said.

Scarr said that the NextGrid process could set the course of energy policy in Illinois for the next several decades. “Everybody understands that workshops like these are intended to help shape public policy,” he said. “For that very reason, there should be a public process and the meetings should be open to all. I don’t know why they couldn’t have done it that way from the from the get go, but they chose not to and were trying to correct them.”

In the past, Crawford contended that the ICC is actively solicited involvement in the process through e-blasts, press notifications and through public comment sessions and has called the lawsuit “frivolous.”

“The agreed order is consistent with our commitment to an open and transparent process that has included posting meeting agendas, minutes, and materials online,” she said. “The ICC and the NextGrid facilitators and leaders remain committed, as always, to an open and transparent process. The public is invited to attend meetings or otherwise get involved by visiting the NextGrid website.”

Mary Gade, founder of the Gade Environmental Group, leads one of the working groups on regulatory and environmental policy, which she says is producing a “rich dialogue.”

“In my experience, you usually have stakeholders with strong points coming together,” Gade said. “They are in opposite corners. But we are not trying to get consensus, you have people with a lot of expertise and viewpoints to come together and educate one another.”

The next public comment session and study update is scheduled for August 15.