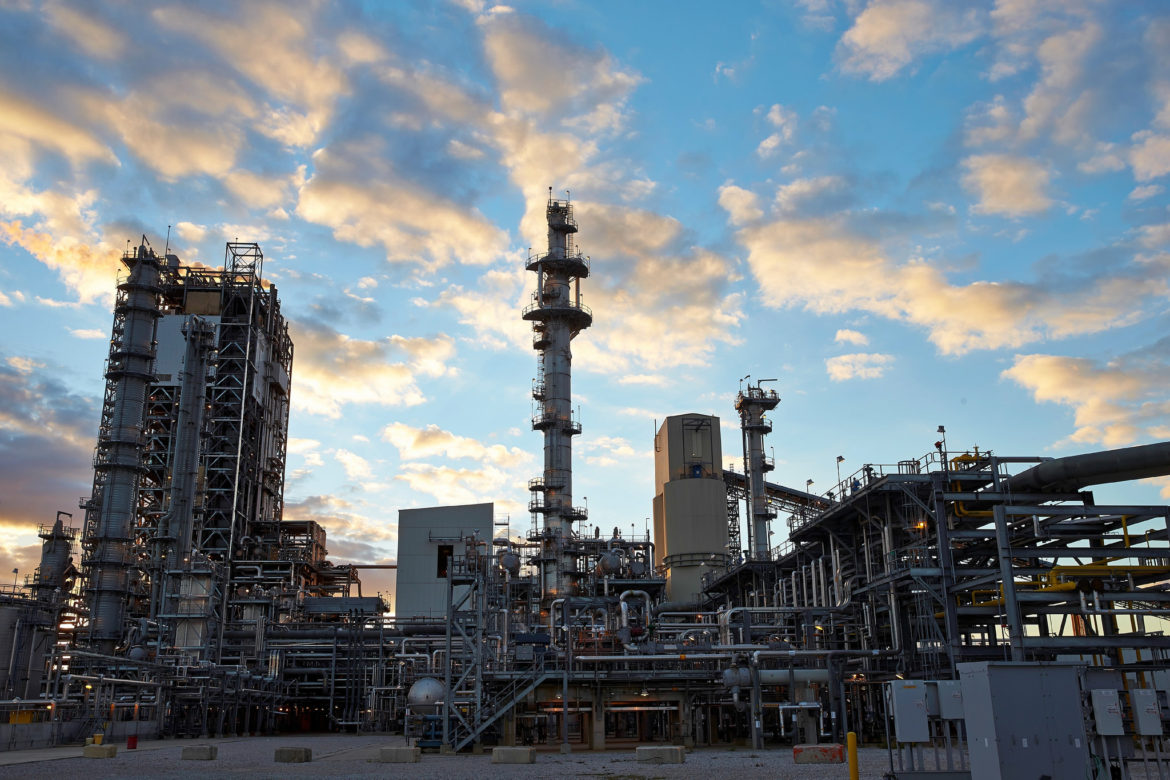 Duke Energy’s coal gasification plant in Edwardsport, Indiana has overcharged ratepayers by $1.4 billion since opening in 2013, according to expert testimony filed last week by a consumer group asking state regulators to demand a new accounting of how much ratepayers should be charged for the plant.

The Citizens Action Coalition filed testimony before the Indiana Utility Regulatory Commission July 31 regarding how Duke recoups costs for the plant from its customers, for both capital expenditures and operations and maintenance.

Before it opened five years ago, the Edwardsport plant was billed as an innovation, turning coal into syngas that is burned in an integrated combined cycle process (IGCC) along with natural gas.

Duke calls it “one of the cleanest and most efficient coal-fired power plants in the world,” noting it burns Midwestern coal and creates local jobs.

But the recent testimony, like evidence filed in the past, alleges that the plant has been a boondoggle with costs skyrocketing due to malfunctions and inefficiency.

“It’s an economic catastrophe for ratepayers,” said David Schlissel, a consultant affiliated with the Institute for Energy Economics and Financial Analysis, who wrote the testimony submitted by the citizens coalition.

Schlissel’s analysis showed that Duke could have provided much cheaper energy from wind, solar or natural gas, based on the prices for energy in the MISO regional transmission organization’s markets and the cost for generation at Duke’s own natural gas plants.

Schlissel noted that the plant has never been through a rate case, the proceedings before regulatory commissions that determine how much customers can be charged for energy from a given plant. Instead, since it went online five years ago the plant has technically still been considered under construction, with rates for its energy set through a less rigorous process.

After the failure to capture carbon dioxide and numerous cost over-runs, Schlissel said, “why the commission would believe anything Duke says about this plant is a mystery to me.”

Kerwin Olson, executive director of the Citizens Action Coalition, said the plant has been “a huge cash cow for Duke.”

A 2016 settlement that had capped costs Duke could recoup expired at the end of 2017, opening the door for customers to mount challenges regarding Duke’s rates.

“We’re ready to fight this thing again,” said Olson. He said that the previous settlement “stopped the bleeding to a certain extent,” but he wants the utility commission to take more aggressive steps to protect consumers going forward.

Duke Vice President Cecil Gurganus noted in testimony filed in March that while Duke’s plant may have gotten a rocky start, its performance was greatly improved and “strong” in 2017 and worth ratepayers’ investment. The filing was part of Duke’s plea to recoup more costs in coming years than it had been able to do under the 2016 settlement.

“We have had a keen focus on providing safe and reliable service in our early years of operations,” Gurganus testified. “That has come at a cost, but we believe those costs are paying dividends in the increased reliability and lower ongoing costs we are starting to see today.”

Schlissel makes a number of recommendations that would curb the amount Duke can charge ratepayers for energy from the Edwardsport plant.

Along with demanding that the plant go through a rate case where it must prove the plant is a financially beneficial option for ratepayers, he also asks the commission to cap at a “reasonable” amount what Duke can charge customers for expenditures and operations and maintenance.

Schlissel calculates that from June 2013 to December 2017, Duke charged customers on average $145 per MWh for energy from the plant. The market rate over that time, Schlissel’s testimony says, was $32 per MWh.

Schlissel argues that Edwardsport’s economic outlook will only become worse, as market energy prices are likely to remain low, even drop, thanks to more lower-cost wind and solar being added to the grid and natural gas prices remaining low.

He points to the Kemper power plant in Mississippi, an operation planned as similar to Edwardsport which now burns only natural gas after the state utility commission ordered the Mississippi Power Co. to halt construction on its coal gasification component.

“The [Mississippi] commission wanted to take aggressive action to protect ratepayers,” Schlissel said. “Should we expect anything less from Indiana?”

Schlissel’s testimony says that the plant has often been down for repairs, part of the reason it has usually failed to offer the 595-618 MW of power that it had promised into the MISO market. Schlissel says the plant over its first 55 months operated at only 40 percent of its capacity for generation from syngas from coal, half of the rate Duke had predicted.

During the first five months of this year, Schlissel reported that that the plant achieved only on average 38 percent of its capacity while running on syngas, and 70 percent for generation with all fuels.

The plant has also suffered from heavy “parasitic loads” — energy spent on operating its own equipment. When using syngas, Schlissel reported that a full 28 percent of the energy the plant generated was consumed by parasitic loads in 2017. Coal plants usually have parasitic loads of 7 to 10 percent, and natural gas plants of 3 to 4 percent, Schlissel testified.

Gurganus’ testimony says that the plant’s capacity has greatly improved, with a 73 percent net capacity rate (for both gas and coal-driven generation) in 2017. It generated 3.9 million total Mwh in 2017, up from 3 million the year before, Gurganus added. He also testified the company has learned how to better handle needed maintenance, by doing “modular maintenance” where the plant is not fully shut down during repairs.

Schlissel acknowledged that the plant’s performance improved last year. Operating and maintenance costs for the plant went down from $73 per MWh in 2014 to $49 in 2017, but that is still “far more expensive than” the cost of running Duke-affiliated coal and combined cycle natural gas plants, he testified.

Olson said Schlissel’s calculations are just the latest evidence that the Edwardsport plant hasn’t come close to living up to promises made by the company.

In the recent proceedings the Citizens Action Coalition demanded data from Duke related to the plant’s performance in past years. The company argued against providing past data, saying that only 2017 statistics are relevant.

Duke spokesperson Angeline Protogere provided a statement in response to questions, saying: “The Citizens Action Coalition is focusing on the past and not current data that shows that Edwardsport is performing well… It has taken time and work to get to this point, but today the plant is serving Indiana customers using advanced technology to produce cleaner power from Indiana coal.”

Ever since the Edwardsport plant was proposed, critics have argued against the $3 billion project which received state and county tax breaks. Scandal erupted after it was revealed an administrative law judge overseeing proceedings about the plant was negotiating a job with Duke at the same time.

“I hate to have the same talking point for 10 years, but what we have here is enormous utility theft of the highest order,” said Olson. “This plant should never have been approved. It’s far too expensive, it effectively gave Duke a blank check for a science project.”