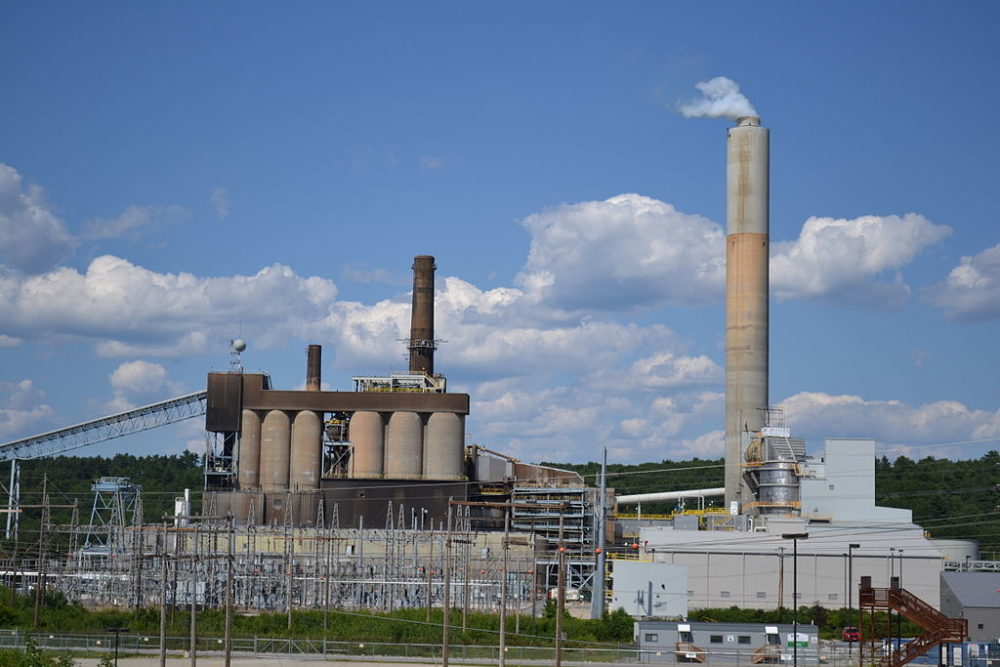 New England’s largest remaining coal-fired power plant could face obsolescence as early as next year if federal regulators decide to require upgrades as part of a pending environmental review.

The 440-megawatt Merrimack Station in Bow, New Hampshire, was among a group of power plants sold by Eversource Energy in January as part of a years-long process of deregulating the state’s electric utilities. The buyers committed to operating the plants for at least 18 months after the sale.

After that, the Merrimack plant, along with another, smaller coal-fired unit in Portsmouth, New Hampshire, face uncertain fates due to their age as well as market forces that favor generation from cheap natural gas.

“These plants are dinosaurs — technologically retro,” said Greg Cunningham, director of clean energy and climate change programs for the regional Conservation Law Foundation. At times, he added, the plants are unable to comply with environmental permits, which have been under review.

Whether the Merrimack Station survives may hinge on a permitting decision by the Trump administration, and environmentalist worry requirements will be less stringent than they would have been in the past.

New Hampshire began deregulating its electric utilities in 1996. Almost two decades later, in 2015, state regulators reached an agreement with Eversource for it to divest its power generation assets.

Merrimack has been operating under a National Pollutant Discharge Elimination System (NPDES) permit issued in 1992 that received numerous administrative extensions. Since 2011, there has been a series of new draft permits issued, comment periods and proposed revisions.

The latest version would require the installation of a closed-loop cooling tower system to eliminate the discharge of heated water back into the Merrimack River. The plants’ previous owner in comments filed last year said cooling tower installation would cost $68 million with annual operations costing another $6 million.

The plant’s new owner did not specifically address the cooling tower issue in a statement to the Energy News Network: “We are proud to be operating in full compliance with the permit and regulatory requirements we assumed when taking ownership. In the coming months, we expect that EPA will advance a new NPDES permit for Merrimack Station… We look forward to working with the EPA and state officials to ensure that each of our facilities operate in an environmentally-sound manner well into the future.”

A new NPDES permit issued this year for the 94-megawatt Schiller unit required investment in a state-of-the-art water intake system to minimize impact on fish and fish larvae. Environmentalists did not advocate installation of a cooling tower due to the plant’s smaller size and limited operation.

For larger plants, though, like Merrimack, environmentalists have made installation of cooling towers a bigger priority in recent years and bemoaned the lack of action by regulators.

“The Sierra Club’s position is that these fossil fuel plants shouldn’t be able to use the nation’s waterways as a dumping ground for their thermal pollution, and the vast majority of significant operating plants have made this investment,” said Zachary Fabish, a Sierra Club senior attorney.

The EPA has issued draft permits for Merrimack Station twice this decade, in 2011 and 2014, and conducted public comment periods after each that led to revisions. Both times it reopened and extended comment periods in response to new information. The unexpected discovery of the invasive Asian clam, which normally lives in water warmer than what is found in New England, also required additional study. The clam was found in 2012 where wastewater is discharged from the plant and downstream.

PSNH maintained throughout that process that a cost-benefit analysis cannot justify installation of cooling towers and that the environmental impact of the clam was insignificant.

In November 2016, the Sierra Club sued the EPA over the delays, asking a federal appeals court to require the agency issue a final permit. That effort was rejected.

Stakeholders are now awaiting the release of a final NPDES permit. The most recent extended comment period ended in December. The EPA did not offer a timeframe but said it “hopes to finalize the permit as quickly as possible.”

Dave Deegan, spokesman for EPA Region 1, which covers New England, said a revised draft permit was issued after the agency became aware of emissions upgrades at the plant and new regulations were proposed for protection of aquatic species. The EPA has offered no time frame for reviewing and responding to the numerous public comments.

If the plants survive, they will be the last two coal generators in New England. The fate of a third has already been sealed: The 384-megawatt Bridgeport Harbor Station in Connecticut, owned by PSEG Power, will close no later than June 2021 and is being replaced by a gas-fired combined-cycle power plant at the same site.

Marcia Blomberg, spokeswoman for the Independent System Operator – New England, which manages the region’s power grid, said in a statement that closing the plants has potential to cause reliability concerns.

“The ISO has expressed concerns about regional fuel security risks as more coal- and oil-fired power plants and nuclear power plants retire,” Blomberg wrote. “They are being replaced by natural-gas-fired generators, which can have trouble getting fuel in winter when pipelines become constrained, and renewable resources, which are weather-dependent.”

What’s next — and who pays?

Both plants have qualified as capacity resources, with the owners promising their availability through May 2021. But under the ISO’s rules, a generator that cannot stay competitive can sell its obligation and retire the plant.

There is also the possibility the plants could defy the constrained natural gas market in New England and change their fuel source. Granite Shore Power declined to address that scenario, but one of its controlling partners, Atlas Holdings, has chosen that path elsewhere.

The former owner of a 100-megawatt coal-fired plant on Seneca Lake in New York’s Finger Lakes region closed the facility in 2011. Atlas unit Greenidge Generation purchased the plant with repowering in mind and reopened it in 2017 as a combined natural gas and biomass generator after the construction of a lateral to connect to the region’s natural gas pipeline system.

And while the New Hampshire plants could retire, the state’s ratepayers will continue paying for much of the $457 million scrubber installed at Merrimack in 2012 to remove most of its mercury emissions. Approved under the old regulated utility model, the cost recovery became a centerpiece of the PUC settlement that led to Eversource agreeing to divest its generation portfolio.

Under the settlement, Eversource absorbed $25 million related to the scrubbers’ cost.

“This was the hard lesson learned” on the road to deregulation, CLF’s Cunningham said, as ratepayers and not generation owners bore the cost of previous capital improvements.

This time around, under deregulation, it will be up to the power plant’s owner to decide whether upgrades are economical or not.