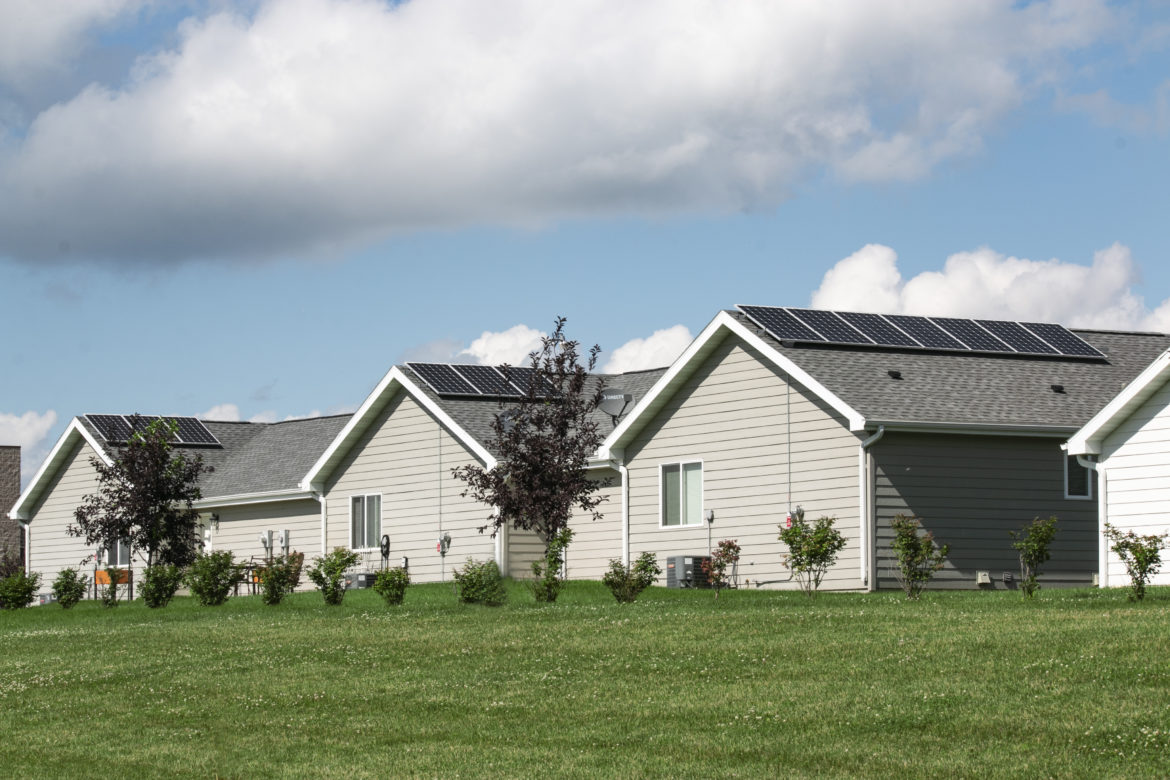 The Winnebago Tribe of Nebraska has installed more than 400 kilowatts of solar, including these on a senior housing facility.

The Winnebago tribe of northeastern Nebraska will nearly double its solar capacity – already among the largest in the state – with the help of a grant from the U.S. Department of Energy.

On August 15, the department announced 15 grants to tribes across the country for a variety of clean-energy projects. Grants were awarded to two other tribes in the Midwest, including the Rosebud Sioux in South Dakota and the Spirit Lake tribe in North Dakota.

All of the tribes will pay part of the cost of their projects. The Winnebagos will receive $364,312 from the federal government and match that amount with tribal funds.

“Sustainability and being able to provide for ourselves is very important to the Winnebago tribe,” said Ann Marie Bledsoe Downes, executive vice president of community impact and engagement for Ho-Chunk Inc, the tribe’s economic development entity. “These renewable energy projects are indicators of our commitment to self-sufficiency and our desire to be good stewards of our resources.”

The Winnebago tribe plans to install 320 kilowatts of solar panels in nine locations on the reservation, to serve about 221,660 square feet. The new installation will provide electricity to two gas stations, the tribe’s casino, its accounting office and a community center, and is expected to reduce electric use at those locations by 6 percent. The tribe expects to save $47,000 annually on its electric bill as a result.

Earlier this year, the tribe finished installing 400 kilowatts of solar capacity, funded in part by a $375,000 federal grant. It put solar panels on the tribal powwow grounds, the economic development office, veterans’ building, senior center, and some senior housing

Robert Byrnes, whose company will install the arrays, said he anticipates beginning work no later than November and finishing in the spring.

Ho-Chunk Inc., the tribe’s economic development entity, has put solar on nearly all of its properties on the reservation, according to communications manager Sam Burrish. But there is “lots of tribal real estate that has not been exploited” for its solar potential, he said.

“We’ve got the history,” he said. “We know it works. Now, with the trail blazed, they should be ready to proceed.”