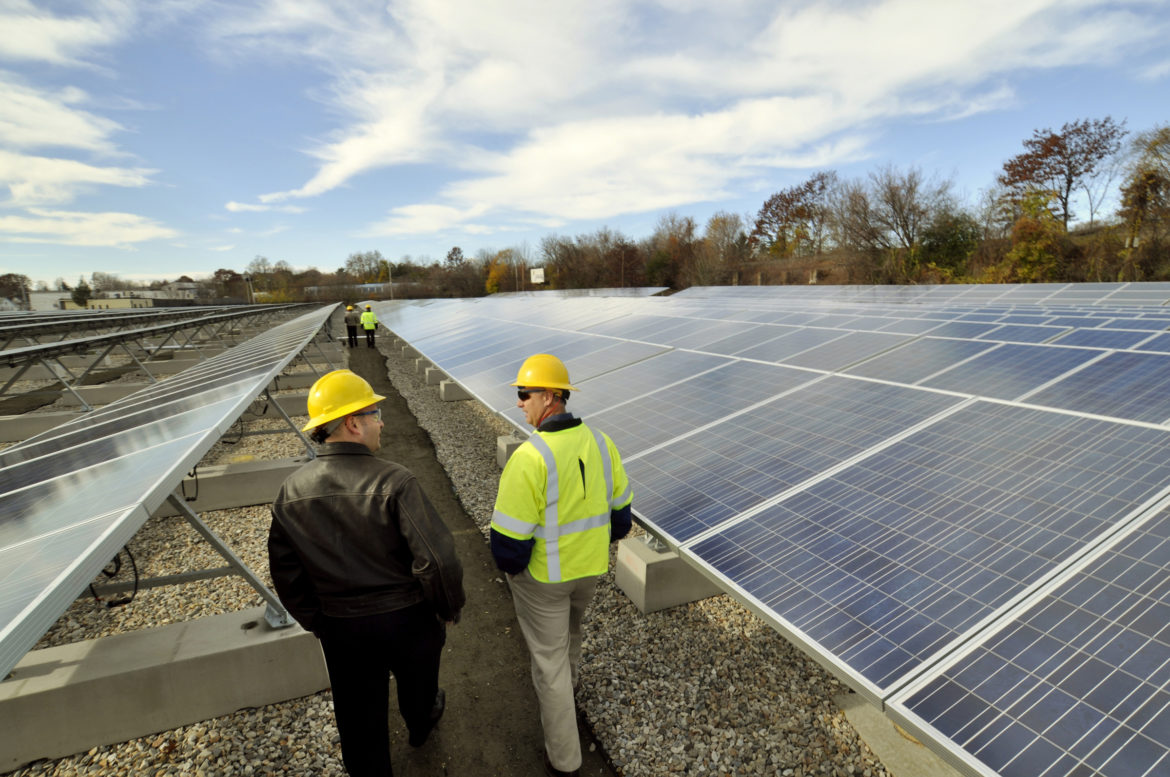 In Massachusetts, solar developers and their potential customers are waiting to learn whether the final details of a new incentive program will help advance the role of renewables in the state or put a damper on growth.

“The market has been waiting on the final determination of what these rules are going to look like for a while,” said Dave Gahl, northeast director of state affairs for the Solar Energy Industries Association. “Those rules and those details will ultimately decide how quickly the Massachusetts solar market grows.”

At issue is the Solar Massachusetts Renewable Target Program, or SMART, which will replace the existing market-based system of solar renewable energy credits (SRECs).

Under the existing SREC program, solar owners earn credits for the energy they produce, then realize value by selling their credits – usually through a middleman – to utilities that need to meet legal requirements for renewable energy sourcing. Because the system is market-based, the prices owners receive can vary substantially over time.

The SMART program, however, calls for a fixed tariff that is intended to create a more reliable and predictable stream of revenue. The base compensation rates will be based on what is known as a “declining block structure”: The first 200 MW built will get the highest rate and the rate will decline with each successive block of 200 MW, until a total of 1,600 MW is reached.

“That creates a very firm, creditworthy revenue source for the facility owners and reduces the cost for ratepayers,” said Michael Judge, director of the renewable energy division in the state Department of Energy Resources.

So-called “adders” increase incentive levels for projects that occupy brownfields, serve low-income communities, include energy storage components, or are built on agricultural land in a way that does not interfere with the growth of food.

SMART was authorized by legislation passed in 2016. The DOER created the framework of the program then handed it off to the Department of Public Utilities to implement. The utilities submitted their tariff proposals last fall.

Now, stakeholders are waiting for the DPU to issue its final ruling on these plans, a determination that will likely shape the course of the solar industry in the state for the next several years.

The state has long been a leader in solar and continues to employ more people in the sector than any state but California. However, since 2015, solar employment in Massachusetts has dropped sharply, according to the Solar Foundation. In 2017, the sector employed 11,530 people, down 24 percent from the 2015 total of 15,095.

Much of the decline can be attributed to the uncertainty created by the transition from SRECs to the SMART program, Gahl said. The DPU’s response to the proposed tariffs could bring confidence back to the market — or send companies looking for business in other states, he said.

One of the specific questions being closely watched regards the benefits available to community solar installations. Community solar projects are local arrays shared by subscribers who want to use renewable energy but who cannot install their own system. Supporters argue that these developments are essential to increasing solar adoption because they make potential solar customers out of a much wider pool of consumers.

The utilities, however, have asked to place a cap on the credits available to community solar projects.

Several municipalities, nonprofit groups, and Massachusetts’ entire congressional delegation have filed comments on the case asking that the DPU not approve this cap, noting that the restriction could make the financial and environmental benefits of solar power far less accessible to a significant portion of the state’s population, particularly low-income households.

Also of concern is the issue of capacity rights. Capacity refers to the maximum output an electricity generator can produce; whoever owns the rights to that capacity can make money by selling their commitment to be available to produce energy at some point in the future.

In their tariff proposal, the utilities are claiming the rights to the capacity created by projects developed under the SMART program — which would eliminate a potential revenue stream for developers.

Even once the DPU decision answers some of these outstanding questions, some solar supporters are concerned that a destabilizing uncertainty could crop up again as soon as SMART reaches its goal of 1,600 MW.

“I’d really like to see a little bit more planning on the part of DOER as to what post-SMART looks like,” said Tim Cronin, policy associate with the Climate Action Business Association.

It is unclear when the DPU will issue its ruling, though those paying attention expect to hear something in the next few weeks. The right decisions, said Gahl, could help accelerate the growth of the solar industry in Massachusetts.

“We’re hoping the DPU decides the right way,” he said.