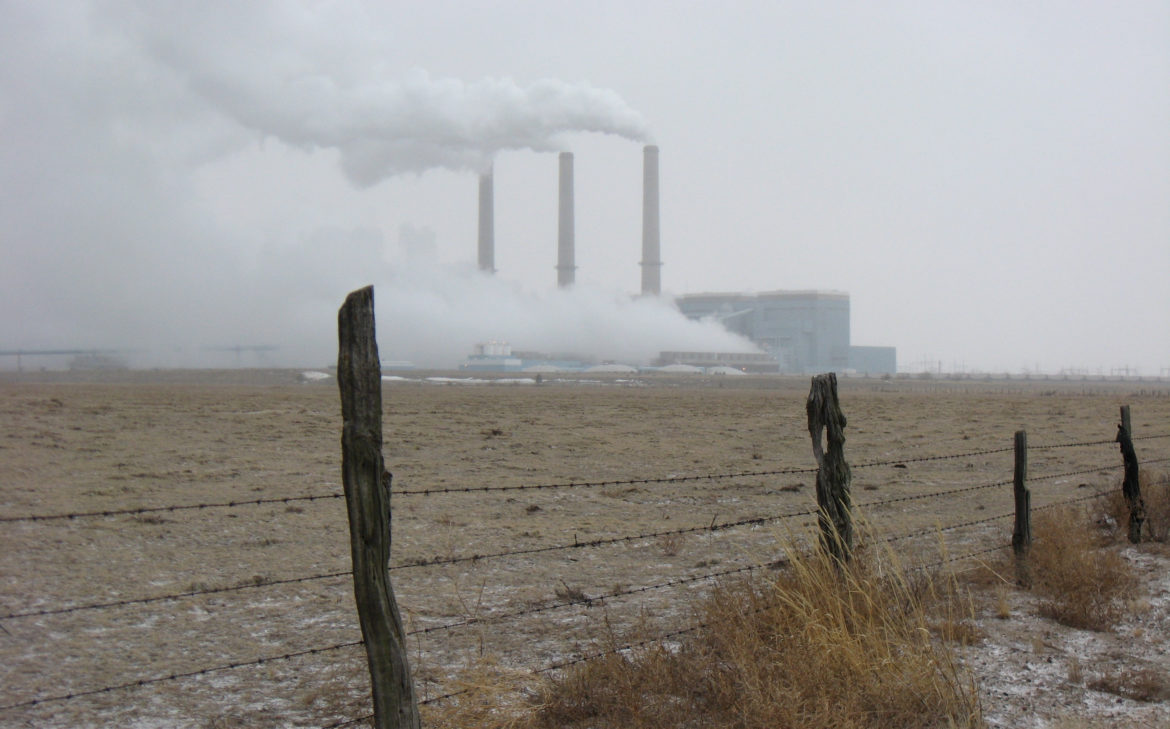 The Laramie River Station near Wheatland, Wyoming. Tri State Generation owns a share of the facility.

Rural ratepayers in the Rocky Mountain region will pay hundreds of millions of dollars more for electricity if their wholesale supplier fails to take advantage of low-cost renewable energy opportunities, according to a new report released today.

Tri-State Generation & Transmission supplies power to 43 member electrical co-operatives in New Mexico, Colorado, Wyoming, and Nebraska. Together, the co-ops have a million customers, which in the co-op setup are also members.

Several member co-ops have left or are considering leaving Tri-State in favor of cleaner energy options. Tri-State remains heavily invested in coal-fired generation with ownership stakes in plants located in Wyoming, Colorado and New Mexico. That stands in sharp contrast with other utilities in the region, such as Xcel Energy, which currently has a similar reliance on coal but is aggressively pursuing renewable energy. 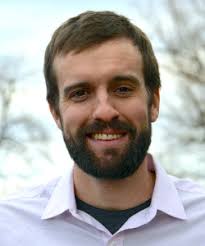 The analysis, conducted by the Rocky Mountain Institute, found Tri-State could save as much as $600 million between now and 2030 by moving away from coal and adopting a mix based on renewable energy.

Energy News Network: Who commissioned your study and why?

Dyson: We were approached by a board member of one of Tri-State’s member co-operatives and another individual, who is a consumer of Tri-State power. They had identified their own views of the cost-saving potential of transitioning from the cost of coal supplied generation relative to renewable energy. They requested that RMI do independent research to evaluate whether that is true.

They helped us secure funding from the Sierra Club, the Natural Resources Defense Council, and the George B. Storer Foundation out of Wyoming. RMI also supported it internally with some of our unrestricted funding.

What core questions did this study seek to answer?

The hypothesis, if you will, is that renewables, particularly wind and solar in this region of the country, are now much less expensive than continuing to run high–cost legacy generators.

So the research question was: How much money can the one million consumers served by Tri-State save if their supply were dominated by lower-cost wind and solar as opposed to high-cost coal plants? What is the cost-saving opportunity?

Also, what are the risk associated with continuing to rely upon higher-cost coal generation? What do those risk mean for rate increase?

What were your principal conclusions?

We identified cost savings potential of $600 million in net-present value between now and 2030. That is essentially the difference between maintaining the existing coal assets vs. retiring them and transitioning instead to a supply mix based on renewable resources.

That’s the equivalent to cutting a check for $600 today to each and every one of Tri-States one million consumers.

We also found a transition to a more renewable supply would reduce the impact of a range of eight risk factors by between 30 and 60 percent in terms of those risks driving up rates for Tri-State customers. Risk factors include the potential of greenhouse gas pricing, the potential for member co-ops to exit Tri-State, and the potential for self-generation at the member or consumer level.

Is there risk of load defection in any scenario, including Tri-State adding more renewable generation?

Yes, but we believe risk is lower with a stronger renewable portfolio for two reasons. First, because their rate will be lower, it lowers the likelihood that customers will defect. Second, maintaining an aging coal fleet imposes costs, regardless of the number of customers. With renewables, there’s more flexibility. Hence, if either individual customers or member co-ops leave, the incremental costs to remaining members would be less.

In 2016, when the announcement was made to close its 427-megawatt Craig Station No. 1 by the end of 2025, Tri-State’s chief executive, Mike McInnes, had this to say: “Tri-State has worked tirelessly to preserve our ability to responsibly use coal to produce reliable and affordable power, which makes the decisions to retire a coal-fired generating unit all the more difficult.”  React to that statement given your report’s conclusions.

In our report, we have a graph that represents Tri-State’s coal-fired capacity and the operating costs, both variable and fixed, to continued operations of the individual plants. We developed these data based on publicly available estimates how much it costs to run coal plant across the country. We cross-checked it against Tri-State’s own SEC filings to get a definitive view of Tri-State’s costs to operate these plants.

We then compared the cost of these individual coal plants with the bids for wind and solar submitted to Xcel Energy as part of its recent procurement through the Colorado Energy Plan proposal.

‘It is no longer the case that continuing to operate existing coal asset is necessarily cheaper than buying energy elsewhere, including renewables.’

Even after adding transmission costs and the cost of integrating renewables, we found that all but one of Tri-State’s coal plants, Laramie River Station (at Wheatland, Wyoming), were more expensive than building new wind projects. Several were more expensive than solar power. This assumes that renewable prices will not drop further and that costs from aging coal plants will not rise.

It is no longer the case that continuing to operate existing coal asset is necessarily cheaper than buying energy elsewhere, including renewables.

As for reliability, we are not suggesting that you can just change out a megawatt-hour of wind generation for a megawatt-hour of coal generation. That doesn’t work. But our study also examines options for maintaining reliability. We use an example of Tri-State’s Escalante coal plant in New Mexico for three paths: business as usual, buying some renewables and using less coal, and a third of closing the plant in favor of renewables backed by capacity purchases, for example from new or existing gas plants. Business as usual is the highest at $40 a megawatt-hour and renewables the cheapest at $32 an hour.

If I understand correctly, Tri-State still owes money, is still paying debt, on its coal-based assets. Is that a consideration?

We can’t pretend that Tri-State no longer owes money on its coal assets. It needs to pay its debts for those loans that allowed it to build the capacity in the first place. But the savings of renewables justify the transition even while Tri-State continues to pay that debt.

Tri-State’s members have a lot of load from irrigation and oil-and-gas infrastructure that might not been seen in the load of other utilities. Did that play into your conclusions?

We looked at the hourly load shape that is present at the level of Tri-State’s wholesale territory, and we compared with that to the profile for renewable resources available in the region. We found that Tri-State’s load at peak hours matches well the wind and solar resources in the Rocky Mountain region. On average, when they need energy, the wind is blowing and the sun is shining.

What additional questions have come out of this study? What would justify additional study?

Tri-State and other utilities have an interest in both power generation and mining. That presents a complicated economic pathway. the question that comes up is to what extent can you distinguish the generation side from the upstream side of coal supply? Can you actually avoid coal supply costs?

To what extent do you think your study of Tri-State can be inferred to other generating and transmission associations across the United States. To electrical co-operatives altogether? To municipal providers?

It’s broadly applicable. Public and cooperative power utilities in the United States own or are contractually obligated to a significant fraction of the remaining coal supply in this country.

Does the institutional makeup of co-ops and their G&Ts make them less nimble in responding to market forces than investor-owned utilities or municipal providers?

I don’t think there is a fundamental mismatch between public or co-operative power and investor-owned utilities that would preclude the speed of transition.

I think it comes down to what is the management model, how are decisions made – those seem to be important questions to ask in determining how fast any organization can move. I’m not speaking specifically about Tri-State here.

In 2010 and 2011 when utilities across the West were expanding coal mine operations and proposing to invest in new coal-fired capacity, it was not clear that renewables would be so cheap so quickly. Then, people thought that by 2017 prices for solar would drop to $150 to $250 a megawatt hour. What we actually got last year was solar at $30 a megawatt hour. Even the National Renewable Energy Laboratory didn’t think solar would be so cheap so quickly.

Now Xcel Energy and others are rapidly developing renewables and proposing to close coal plants. Now, there are clear market-validated examples that wind and solar are cheaper.

It’s not about pointing fingers or identifying mistakes in the past; it’s about looking at what a utility can do to lower costs in the future.