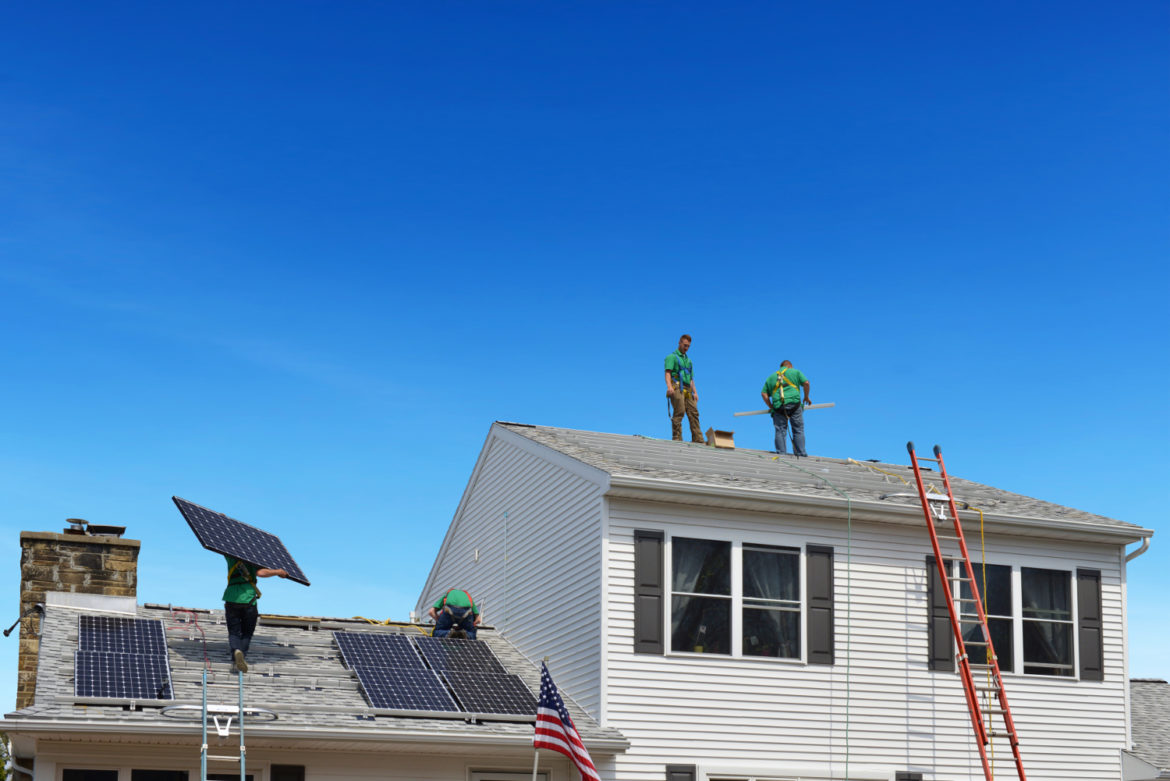 Louisiana-based PosiGen is doing solar installations on low- and moderate-income homes in New York and Connecticut.

In Connecticut, a private solar company is working with the state’s green bank to help low-income homeowners save money on their energy bills.

Susan Young never thought solar was an option. Four years ago, a solar provider came to her home in Bridgeport, Connecticut, and told her it would cost more than $30,000. A single mother, Young wanted to do her part in taking care of the Earth, but needed to watch out for her wallet, too. “It’s only for the rich people,” she thought at the time.

That changed when Young learned about PosiGen. Unlike other solar firms, the Louisiana-based company required no money down, and no minimum credit score or income. Thanks to a partnership with the Connecticut Green Bank—a pioneer in the green lending space—PosiGen has been able to offer solar energy to low-to-moderate income households that are usually left out of Connecticut’s growing green economy.

Connecticut has the highest energy costs in the continental United States, which disproportionately impacts  its most vulnerable residents. In Bridgeport, the lowest income homeowners pay about 26 percent of their total annual income on energy bills, for an average of $4,078 each year. According to Emily Basham, an associate with the CT Green Bank, the Solar for All program was born out of a desire to help these homeowners cut energy costs.

The CT Green Bank became the nation’s first green bank when it was established by the state legislature in 2011. It took an interest in solar pretty quickly, but recognized an inequity when it came to its deployment across the state. So, in 2015, the quasi-public agency pivoted its strategy to focus more on underserved communities. The CT Green Bank issued a RFP to find solar providers who could tackle the low-to-moderate income markets, which most solar companies have largely ignored.

PosiGen earned a reputation for serving this demographic across Louisiana in the aftermath of Hurricane Katrina. Beth Galante, PosiGen’s vice president of business development and government relations, said the company was a natural fit for the CT Green Bank’s push to engage low-income homeowners across Connecticut. “We knew that there were thousands of low-income families that we could help with our solar and energy efficiency model,” she said.

After winning the bid, PosiGen established its Connecticut operations in Bridgeport, a city where more than 20 percent of residents are at or below the federal poverty level. Through Solar for All, Posigen offers affordable solar panel leases to homeowners paired with an energy efficiency audit to “reduce energy need in the home and provide energy from solar,” Basham said. PosiGen sits down with all of their customers to see how they can reduce their monthly payments and guarantee savings. “They’re talking to people who have high utility bills to begin with,” Basham added. The company keeps the contract simple and controls costs with a standard 6.2 kilowatt installation.

When PosiGen first entered Connecticut’s solar market, it proactively engaged with the local community in Bridgeport. The company connected with elected officials, local nonprofits, and faith leaders, as well as rolled out a marketing campaign and canvassed neighborhoods. PosiGen was no stranger to door-knocking, and a majority of leads come from referrals, Basham says. Any homeowner in the state is eligible for the program, but PosiGen is specifically targeting the low- to moderate-income market. Renters are unable to participate in Solar for All, but can benefit from community solar projects—which are currently being debated in the state’s capital.

Basham, who manages Solar for All with PosiGen, says there are innate barriers to solar energy. Traditionally, many solar companies market to those with a minimum credit score of 650, for example. And even with PosiGen’s active presence in Connecticut’s communities, there’s still an assumption by residents that solar is out of their reach. “It sounds too good to be true,” Galante said.

The Solar for All program has also encountered interconnection issues. When you’re deploying solar in dense areas, Basham explained, companies lean heavily on municipal services and can face a backlog when it comes to permits and inspections. Basham jokes that they’re victims of their own success in places like Bridgeport because they have a steady rate of customer acquisition.

In Connecticut, solar deployment also depends on the state of the housing stock. Outdated infrastructure, which is common in more urban and denser areas, prevents solar projects from staying affordable. A roof might not be structurally sound enough for panels, or the electrical system might need upgrades for safety reasons.

Investing in low-income communities has had a huge return for solar firms like PosiGen. According to Galante, they’ve retained interest by delivering savings. “Our secret sauce is we leave our customers better off financially than we found them,” she said. In Bridgeport, for example, the average family has cut their energy bill by more than $1,280 annually, according to Galante.

Young was so surprised by how much she saved the first few months that she called PosiGen to make sure they sent the correct bills. She’s become one of the company’s biggest evangelists in Bridgeport, even joining PosiGen as its community coordinator. Young, like many of PosiGen’s customers, recommend going solar to their family, friends, and neighbors. They’re saving money and want to give others the same opportunity; between 30 and 40 percent of its sales comes from existing customers.

“Once we’re established in the market, our number one source of new customers is from existing customers,” Galante said.