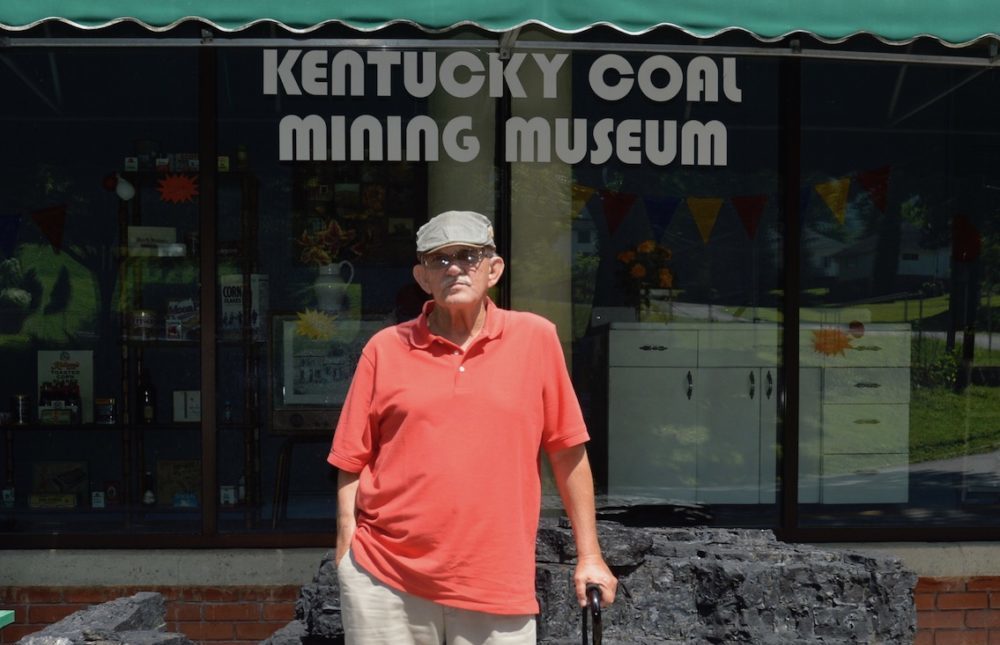 Board member Carl Shoupe stands in front of the Kentucky Coal Mining Museum in Benham, Kentucky.

“To stay viable, the city realized it had to be innovative,” said one booster behind Benham, Kentucky’s solar push.

Black rock buried deep under the Cumberland Mountains might have put Benham, Kentucky, on the energy map, but sunlight might keep the former coal camp from fading away.

The city of barely 500 residents in the heart of Appalachia is in the midst of switching to solar energy to save on electric bills and — ironically — to keep its prized Kentucky Coal Mining Museum afloat.

Yes, it’s the same museum that drew national headlines last year when media outlets noted the paradoxical transition to solar. But the high cost of electricity was on the verge of draining Benham of assets that appealed to tourists and residents alike.  City leaders realized the switch went beyond window-dressing. It was a matter of survival.

Already, the 26 kilowatts of starter panels affixed to the museum’s roof have produced 44 megawatt hours of power since going live in April 2017. By next spring, the rooftop array will expand to 225 kW.

Members of the Benham Power Board, overseeing one of the country’s tiniest municipal utilities, plugged into solar to cut $15,000 a year from the city’s collective power bill.

Solar savings will provide financial relief to the city’s biggest electricity customers — the museum, the Benham Schoolhouse Inn and the water and sewer plants — instead of being spread among all residents and their 280 or so meters.

“The board saw big benefits in keeping the coal museum and those other entities viable and operating profitably in these times of budget strains,” says Conn, a retired utility manager. “To stay viable, the city realized it had to be innovative.”

Traditionally, Benham has the highest per capita power usage in the state. Heating and power is all electric because that part of Kentucky is devoid of natural gas pipelines.

“Benham is in a very unique situation because of its history as a coal camp,” Conn says. “And being small gives the city the ability to be nimble and do things out of the box.”

He reasons that Benham’s solar success, albeit slow and donor-dependent, could be duplicated elsewhere in the state or region.

Vestiges of an Early Coal Camp

The Harlan County community, just minutes from Virginia, came into being in far southeastern Kentucky because of its abundant natural resources.

Benham wasn’t always so little. Its population peaked at roughly 5,000 when its coal mining operations were going full bore between the 1920s and 1940s.

By 1910, a subsidiary of Chicago-based International Harvester called Wisconsin Steel, was creating a self-contained community from scratch. The mountains were rich in the bituminous coal that was transformed into top-notch coke, ideal for manufacturing steel for farm implements. The fossil fuel was shipped west via the Louisville and Nashville Railroad.

That operation started winding down in the 1950s. By 1961, International Harvester was shedding its assets. Benham morphed from a company town to an incorporated city tasked with meeting its residents’ power needs.

Of the 2,000 public power utilities, Benham is among the smallest 10 percent in terms of customers served, according to spokesman Toby Sellier at the American Public Power Association.

“More than 10 years ago, I was trying to talk about new energy and how we needed to look at things that might enhance our being able to survive here in these mountains,” Shoupe saidin an interview in front of the coal museum. “I told them coal was on the way out. At first, I was outnumbered.”

The 71-year-old took a circuitous route to wind and solar advocacy. After joining the Marine Corps and then serving in the Vietnam War as a truck driver, he returned to Appalachia to become a roof bolter at a coal mine near Benham in May 1969.

Barely a year later he was nearly crushed to death in that mine by a three-ton boulder “nine inches thick and as big as a pool table” that broke his jaw, tore open his chin and mangled his back and right arm and leg. After a year in the hospital, he was outfitted with braces and faced long-term physical therapy. 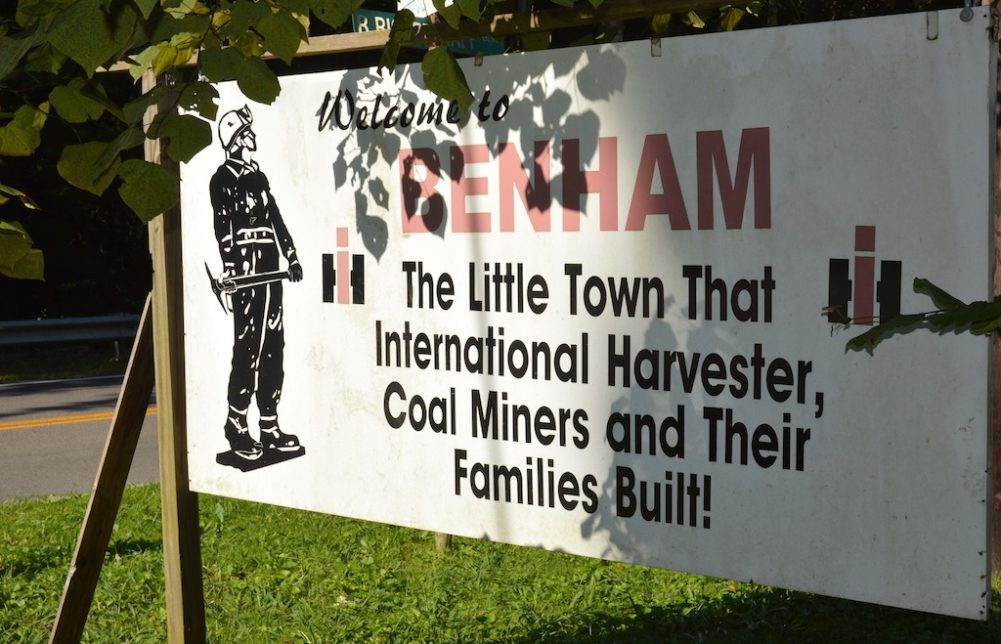 While on the mend, he took a job with the United Mine Workers, recruiting coal miners to join the union. He retired in 1986.

About two decades later, he began volunteering for Kentuckians for the Commonwealth, a nonprofit focused on the environment, human health and a transition to clean energy.

His excitement about the possibility of constructing wind turbines on nearby Black Mountain — at 4,145 feet, the state’s highest point — prompted a successful run for the city council in 2009. But that wind effort fell apart under the weight of a bureaucratic tangle.

Solar became more than just a shiny idea two years ago when an anonymous donor sought to fund such a project in Appalachia.

By collaborating with Indiana-based Star Solar Specialists, which has an office in Louisville, the donor agreed Benham was a good fit. The project is in the midst of gaining non-profit status from the Internal Revenue Service, Conn says.

Benham will be able cover 40 percent of its summer peak load with renewables — 20 percent from the solar array and 20 percent from a Cumberland River hydropower project, Conn says.

Pride in Past Leads to Solar Future

The coal museum is housed in a three-story brick building on Benham’s main street that once served as the coal camp commissary. The one-stop shopping outlet once offered groceries, clothing, appliances and sporting goods.

Directly uphill is the inn, which looms over the museum and the city’s centerpiece park. The elegant brick building served as the high school through 1961 and an elementary and middle school until 1992.

Chris Woolery is as elated as Shoupe about Benham’s breakthrough on renewables.

“The solar project is a fantastic example that you can do this stuff anywhere,” said Woolery, of Kentucky’s Mountain Association for Community Economic Development (MACED). “We need these concrete tangible examples so bad because our political and regulatory frameworks make it difficult to make progress on clean energy in Kentucky. They’ve been hostile to it.”

In a nutshell, residents who qualify for a professional energy audit via what’s known as Benham Saves also receive free eco-upgrades such as insulation, improvement to heating and cooling systems, and LED light bulbs.

A percentage of the savings on a resident’s utility bill goes toward paying off the cost of the green retrofits.

Shoupe views Benham Saves as the ultimate complement to renewables. And he doesn’t want his city to stop at 225 kW of solar.

He has scouted out sites for more arrays. And he will continue to be a voice for change for communities in danger of being left behind as energy evolves.

“People don’t realize what a hold the coal companies had on this area for years an years and years,” he says. “All I’m trying to do is put a light on the mountain.”