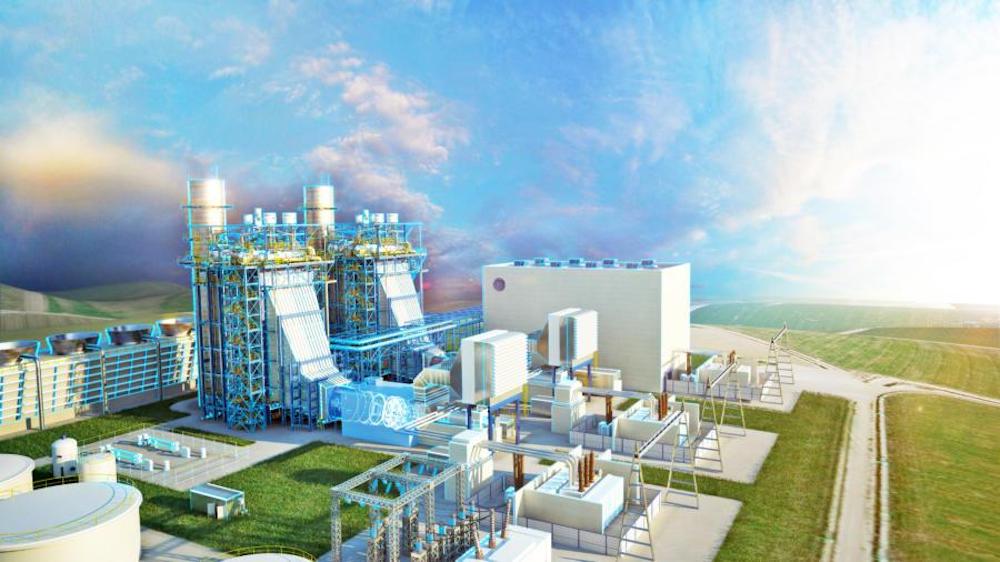 As DTE Energy prepares the site for a new $1 billion natural gas power plant near Detroit, several questions remain for the contested project.

A legal appeal by environmental groups could send the 1,150 megawatt project back to the Michigan Public Service Commission for reconsideration, which might affect the project’s timeline — and potentially its viability.

The Blue Water Energy Center would be built in St. Clair County near the company’s Belle River coal plant. DTE says it will be the most fuel-efficient combined cycle gas power plant in the state once it’s operational in 2022.

Is the new baseload power needed?

The company plans to retire all of its coal units by 2040, which is why it says it has a need for a new large, baseload power plant. DTE also says renewables will continue to be a part of its portfolio.

But environmental groups have pushed back against that argument, saying a mix of renewables, energy efficiency, demand response and market purchases could save ratepayers nearly $2 billion over the life of the plant.

Would DTE have a conflict of interest?

Separate from the plant itself, advocates have raised questions about whether the plant would be supplied by the NEXUS gas pipeline, which is co-owned by a DTE Energy subsidiary. NEXUS is expected to be operating in Michigan this year.

DTE spokesperson Brian Corbett said DTE is “evaluating options for gas supply and delivery to the facility. This competitive process evaluates all options for reliable, safe, and cost-competitive supply to deliver the best possible value for customers.”

Critics say the gas plant and DTE’s interest in NEXUS pose a conflict of interest.

James Clift, policy director for the Michigan Environmental Council, said of relying on NEXUS: “Clearly that’s their intent. Unfortunately, we have a situation where they have a financial interest in promoting the use of natural gas and aren’t looking at resources that are less risky in the future.”

In a separate rate case, the MPSC is considering whether to allow DTE Electric to recover costs of transporting gas on NEXUS. DTE said last month that its “contractual dealings” with NEXUS does not violate the MPSC’s Code of Conduct.

Would a successful appeal stop the project?

Not necessarily. Overturning the project’s certificates of need might complicate its financing, but it wouldn’t block DTE from going ahead with construction.

Even if the plant’s certificates of need are ultimately revoked, DTE could still build the plant but wouldn’t be able to recover costs through rates. The company would have to go back to the MPSC with a request to recover costs from customers.

“It seems that regardless of the court challenge, the plant can move forward,” MSPC spokesperson Nick Assendelft said.

Additionally, the MPSC in July rejected advocates’ request for a rehearing based on similar claims made before the Court of Appeals, including whether regulators shifted the burden of proof for the plant onto intervenors and if they relied on evidence not presented on the record. The groups are also asking the Court of Appeals to also examine whether DTE relied on an integrated resource plan that conflicts with the federal Public Utilities Regulatory Policies Act.

What happens if it is not built?

Corbett said delaying construction on the plant “could impact reliability and would ultimately be more costly to our customers.”

Clift countered that the MPSC is “not the primary entity” that ensures reliability. Any concerns about grid reliability should be managed by the Midcontinent Independent System Operator, or MISO.

“The information we put in the docket would have met MISO requirements for reliability,” Clift said of the groups’ proposed clean energy alternatives.

When asked to elaborate on how reliability could be impacted by delaying the plant, Corbett responded in an email: “DTE is committed to providing reliable and affordable power to its 2.2 million customers.”

DTE will file a brief in the Court of Appeals case by September 25. The court could send the case back to the MPSC for reconsideration.

If that happens, “We’d have to take a look at what the court says and see what our next steps would be,” Assendelft said.

Corbett said DTE is “confident” the Court of Appeals will uphold the MPSC’s original order approving the plants.

However, DTE’s long-term plans are also likely to draw more attention when the company files an Integrated Resource Plan in March as required under the state’s 2016 laws. Consumers Energy filed its IRP in June, which calls for adding 5,000 MW of solar and no new fossil fuel plants.

“To the extent the commission was very critical about (DTE’s) plan in the docket that approved the gas plant, it will basically give the commission a second bite of the apple,” Clift said. “Long before this plant is operational the commission is going to have more to say about DTE’s long-term resources and commitment to clean energy.”