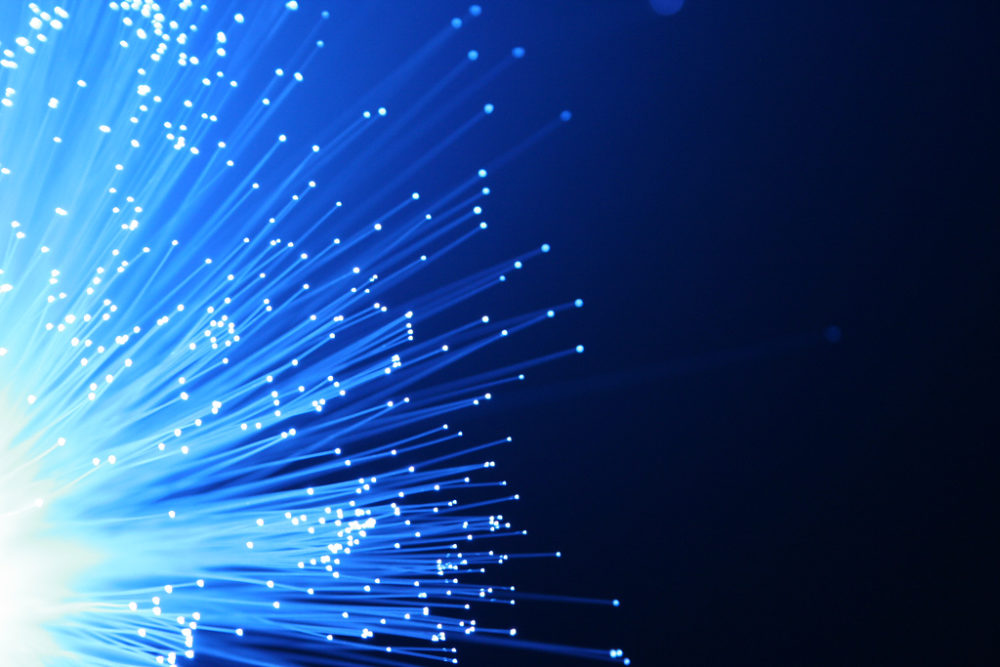 Fiber optics could be a business opportunity while improving the connection between smart devices and the grid, researchers say.

Utilities with fiber optic networks can establish a more robust smart grid by improving the chatter between smart devices and power providers, according to a new study.

The Navigant Research report suggests utilities should invest in fiber optic cables or form partnerships with companies that own existing infrastructure to access a broad range of smart grid opportunities.

“Utilities need to think about the fiber optic network that they may or may not build as a business opportunity rather than just a cost,” said Richelle Elberg, the report’s author.

Elberg says that as the power grid moves toward a competitive model with more distributed generation, fiber can provide a new source of revenue. It’s economical for utilities to build new fiber networks using their existing infrastructure and rights of way. They can also make money by selling broadband wholesale or even retail, although the report acknowledges utilities would need to prepare for pushback from existing broadband providers.

“Fiber investment is a long-term investment. Utilities need to have access to those end users,” Elberg said, including those who send excess solar power back to the grid. “But you also need it for customer engagement. People have come to expect a much higher level of interaction with their vendors.”

Fiber optic cables, the data pipes that transmit pulses of light down fiber thinner than a strand of human hair, are commonly known for enabling high-speed internet, cable T.V. and telephone service.

But cable networks can also allow for communication along the smart energy grid, and the networks can link up smart meters and home gadgets that are designed to communicate with energy providers.

Demand for power in most places in the U.S. has been flat or declining for the last decade, and utilities across the U.S. are wrestling with a period of dramatic change toward more distributed generation.

Utilities therefore are exploring new avenues for making money — incorporating cloud computing into a rate base, for example.  Elberg sees many benefits for fiber cables, from wholesaling wireless capacity for mobile providers to exploring broadband service opportunities in states where that’s allowed.

Elberg’s paper is part of her research about the next generation smart grid, what she’s dubbed the “neural grid,” in which distributed energy assets are smart and fully integrated into the cloud.

“We look at where utilities are today as smart grid 1.0,” she said. “Smart Grid 2.0 is what utilities are striving for today. The neural grid is further away — it is a truly distributed, intelligent, and fully-connected automated machine.”

Some utilities are beginning to explore fiber’s potential. Ontario-based energy startup Hyperion Inc. is partnering with Missouri University of Science and Technology and Ameren to extend research and development into fiber optic cables that can detect temperature along power lines and within transformers. The goal is to improve delivery and reliability of power.

Hyperion’s fiber optic cables are as thin as a strand of human hair and can be strung along high-voltage power lines and through transformers, enabling the utility with the power to monitor the health and performance of its smart grid.

Anselm Viswasam, Hyperion’s founder, says these sensors can help utilities respond faster to outages and save them money. The first step of the new collaboration is to commercialize and deploy the technology onto a power transformer.

“Then the next stage is to take that and deploy across multiple different assets,” Viswasam said.

The fiber cables improve the grid in several ways, according researchers Jie Huang and Rui Bo, both assistant professors of electrical and computer engineering at the University of Missouri. The cables are lined with silica glass and are not disrupted by the electromagnetic interference produced by large transformers, even when the cable is wrapped around the metal of a power transformer.

“In one millisecond, you can get thousands of temperature readings and the temperature distribution,” Huang said in a statement.

Bo said that traditionally, utility transformers and lines are monitored only at locations where sensors have been deployed. But with fiber cables, a utility can receive information at any point along the cable. The technology can improve the monitoring of components of a substation or other high-powered infrastructure and provide immediate information on the health of a smart grid.

A utility can receive “thousands or tens of thousands of readings and each represents a temperature at a different location,” Bo said. “That is a very good feature.”

Viswasam said he wants to have the project running by the end of the year, and he hopes that the collaboration with the university leads to decreased outage times for consumers and cost savings for utilities.