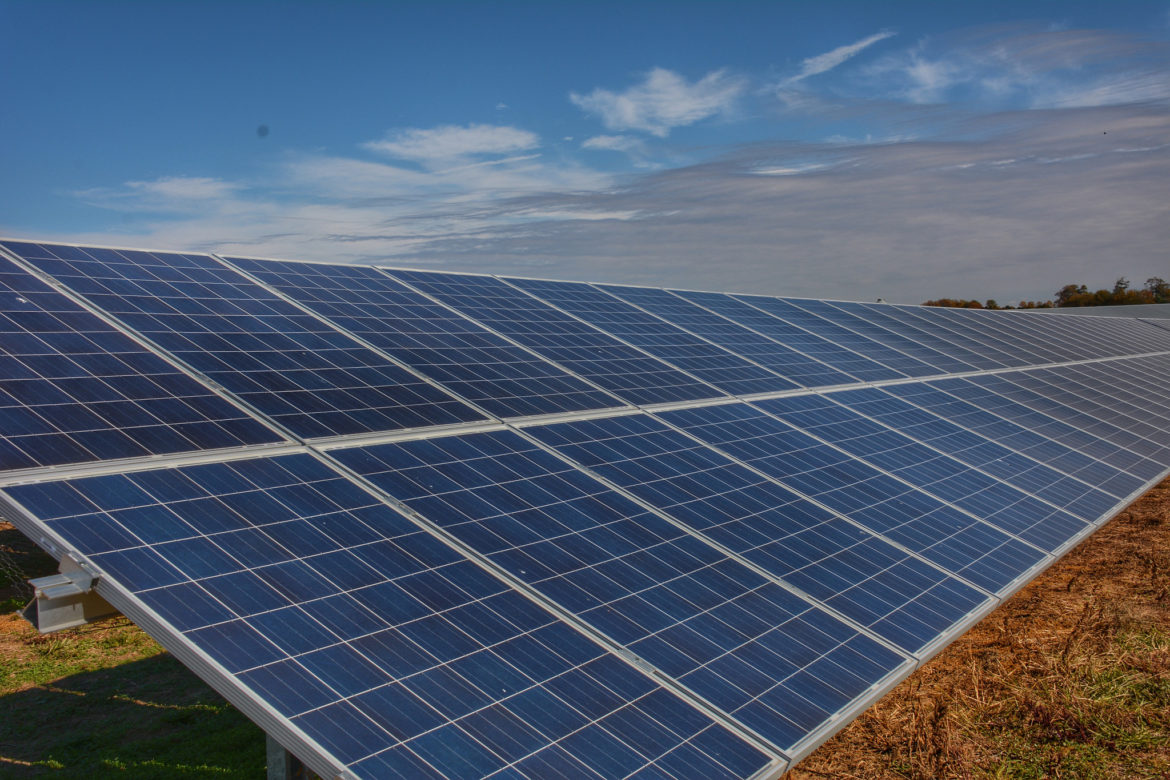 The state consumer advocate says the 50 MW project is a bad deal for ratepayers, but others say Indiana can’t delay on clean energy.

Indiana consumer advocates are split over a solar proposal that would boost clean energy in the state but at a high cost-per-kilowatt to customers.

The state agency that represents ratepayers says Vectren’s $76 million project is a bad deal for everyone but the utility, which would build and own the plant.

In testimony to state regulators, the Indiana Office of Utility Consumer Counselor said the project is “structured to deliver financial and public relations benefits to Vectren under the otherwise noble guise of developing clean energy.”

A nonprofit consumer advocate, though, says that while the 50 megawatt project isn’t perfect, the state’s clean energy transition can’t wait for such a plan.

“We can sit here and argue — which we have for decades — about the way we regulate utilities, the way in which we recover costs,” said Kerwin Olson, executive director of Citizens Action Coalition. “But the planet’s not waiting for that conversation to conclude.”

Citizens Action Coalition has a history of supporting clean energy and fighting utilities over rate hikes. In this case, the Sierra Club agrees with it, arguing that the project’s biggest problem is that it’s too small.

Vectren, a small utility in southwest Indiana, announced plans in February to build a 50 MW solar plant as part of its “Smart Energy Future Strategy.” The company relies almost exclusively on coal, and the plan would diversify its generation by retiring coal plants and building the solar plant and a 700 MW natural gas plant. Vectren said the added solar would help meet the needs of corporate and industrial customers with renewable energy goals.

The state consumer advocate argued in a separate case about the gas plant that Vectren doesn’t need the new capacity because customer demand has decreased, and it makes the same complaint against the solar plant. And the solar farm doesn’t meaningfully diversify the company’s generation mix, the agency said.

The agency also complains that Vectren didn’t seek competitive bids, which would have led to much lower costs. Instead, Vectren exclusively sought a build-to-own solar project that allows for a traditional utility model for recovering “significantly higher” costs from customers, according to utility analyst John Haselden.

Vectren calculated the plant would need to earn 7 cents per kWh to break even, a confidential figure revealed in an improperly redacted testimony document filed by Alliance Coal. Haselden testified that a more competitive process could drive the costs down to 4 to 5 cents per kWh.

That lower figure would be in line with a recent deal between co-op Hoosier Energy and the 200 MW Riverstart Solar Park, Haselden said. He also cited a recent request for generation proposals from Indiana utility NIPSCO that brought an average bid of 3.6 cents per kWh for solar PPAs.

The National Renewable Energy Laboratory’s most recent report on the solar industry set a levelized cost benchmark of 4.4 to 6.1 cents per kWh for utility-scale one-axis tracking systems like the one planned by Vectren.

But Vectren wasn’t required to seek competitive bids, according to testimony from Wayne Games, the company’s vice president of power supply. And its no-bid contract with First Solar locked in favorable prices for solar modules as the U.S. International Trade Commission considered tariffs on imported solar panels. The deal also guaranteed the plant would be built within Vectren’s service territory, which will avoid costs of grid congestion, Games said.

Games also dismissed the the advocate’s references to the lower costs of PPAs as “apples-to-oranges comparisons” that ignore the benefits of utility-owned solar. He cited a consultant’s report that the project’s capital costs are “consistent with — if not lower than — market conditions for a utility-scale PV project, using union labor, in Indiana.”

The price discussed in regulatory documents — $76.2 million — is actually higher than the company’s previous public estimates, which stated the project would cost between $70 million and $75 million to build.

The figure was also revealed through a redaction error in testimony filed by Alliance, which opposes the project. Copying and pasting redacted text from the document, which was available on the IURC’s website before it was replaced Sept. 10, removed the redaction marks.

A law firm representing Alliance, a mining company that has supplied fuel from its Indiana mines to Vectren, wouldn’t confirm or deny the accuracy of the improperly redacted testimony, citing confidentiality rules.

Vectren did not return a request for comment but has since confirmed the $76.2 million cost in more recent unredacted filings.

Supporting the utility in this case is a group that has often at odds with the company. Citizens Action Coalition regularly oppose utility infrastructure investments as bad deals for ratepayers. They agree with some of the state agency’s  criticisms of Vectren’s solar project, but also argue the threat of climate change outweighs those flaws..

Vectren’s project is a small, no-regrets investment for a company that currently has recently had no solar generation on the books and a large amount of coal capacity that it will need to be replaced soon, Olson said. If Indiana clean energy advocates have any hope of replacing it with anything but natural gas, he said, they have to start somewhere.

Olson’s testimony filed with the Indiana Utility Regulatory Commission doesn’t mention ratemaking but argues the Vectren project costs less “per installed MW” than solar projects from Indiana Michigan Power and Duke Energy that regulators approved in 2016. Olson’s math on the Vectren plant was redacted in his testimony. A $76.2 million, 50 MW plant would be around 47 percent less per MW than I&M’s 15 MW project approved two years ago for $42.5 million, which Vectren later confirmed in an unredacted document.

Olson testified that this “high level, back of the envelope math” shows Vectren’s project is in line with the widely reported declines in solar costs. That doesn’t stop Vectren from structuring the project to maximize profits and shift the risk to ratepayers, as the state consumer advocate criticizes. But that’s the state of play in Indiana, where utilities have a “blank check and complete regulatory capture,” Olson said.