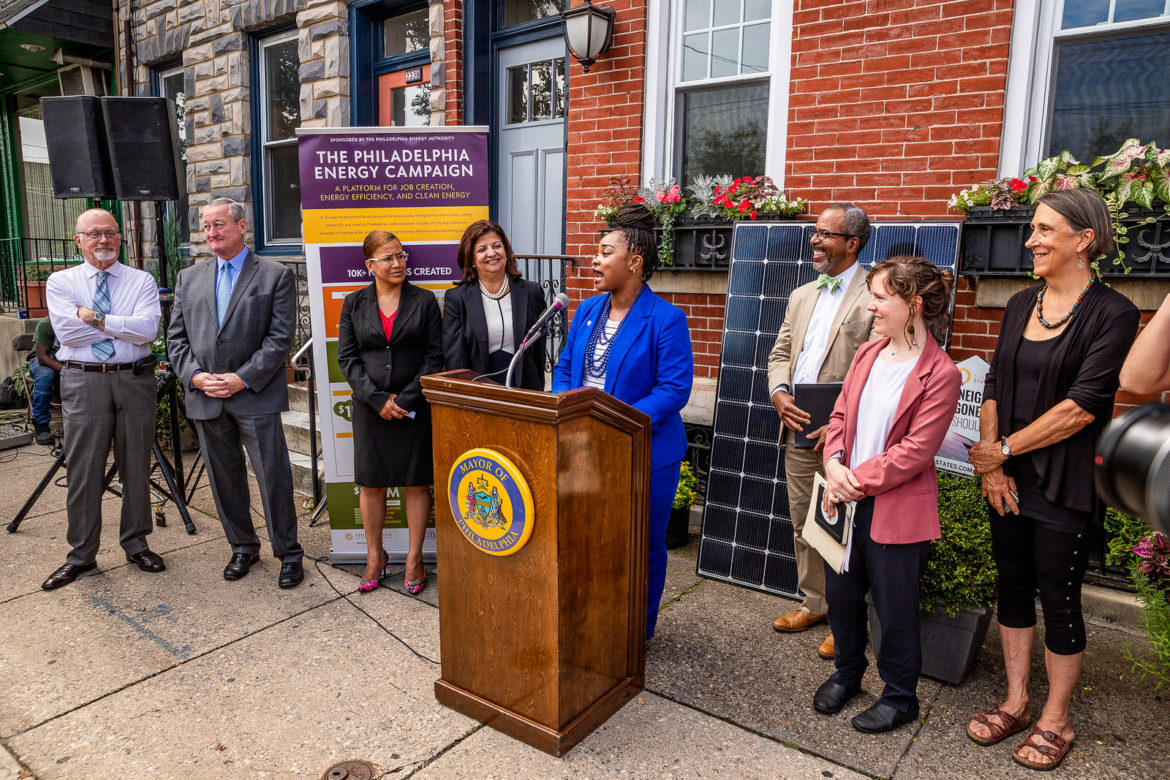 A solar group buying program in Philadelphia is helping to lower costs and change perceptions about rooftop solar in the city.

Solarize Philly, an 18-month initiative supported by the U.S. Department of Energy’s Solar in Your Community Challenge, is aimed at expanding access to solar. So far it’s completed 168 projects accounting for about 800 kilowatts of capacity.

Its next phase: piloting a lease program targeted at getting panels installed on 45 low- to moderate-income households. Residents can apply through September 30.

It’s part of a broader effort by the city to promote clean energy and energy efficiency.

In 2016, the Philadelphia said it would invest $1 billion in public and private money and try to create 10,000 “green jobs” over ten years, by focusing on projects at city-owned properties, as well as low to moderate income homes and small businesses.

Laura Rigell is the solar manager for the Philadelphia Energy Authority, which manages Solarize Philly. She said the city’s solar market had been relatively underdeveloped, compared to other cities and states.

“We saw a ton of solar going up just across the river in New Jersey,” said Rigell. “They have a really strong solar incentive. Installers were not doing as much here, because of the impression in Philadelphia that it takes a while to get any kind of permit.”

She adds there was also a perception the natural gas and electric utility PECO was denying projects in the region.

“We wanted to spread the word to installers and homeowners and let them know installers could do work in Philadelphia fairly easily,” said Rigell. “The cost of solar has come down, even in Philadelphia, it pays for itself. We’re seeing a payback period under 10 years in many cases.”

Residents participating in the program can either pay upfront or finance the installation. Rigell said through group purchasing, the program keeps costs down and residents’ monthly loan payments are often what they were already spending on their electric bill, or lower than that.

“People are able to stay cash-flow neutral or even positive, as a result of getting solar,” she said.

In the first phase of the program, nearly 2,200 people expressed interest. So far, 265 contracts have been signed.

The initiative also has a job training component. A small fee added to the cost of projects has been put towards a program for high school students to learn how to install the panels.

“We knew installers kept saying there is a lack of trained labor and we have a high rate of unemployment in the city,” said Rigell. “We are compelled to make sure jobs are being created as the result of our work.”

Working with the school district and $100,000 grant from PECO, students were able to take a six-week paid training course, starting in summer 2017. Other cohorts completed the training this spring and summer.

Last year Philadelphia ranked fourth among the nation’s fastest-growing solar cities, according to OhmHome, a firm that promotes solar energy to consumers.

“They’re meeting their goals. People are very satisfied.” he said.

The program has partnered with three companies to perform the installations. Celentano said his only criticism is that he’s hearing from some other smaller installers that their permits still seem to move slowly.

“When they put in permit applications it’s still like the old days, taking forever to process,” he said. “I’ve expressed my concern about that.”

He said the program has been helpful, particularly because Pennsylvania lacks state-level incentives for solar.

A rebate program launched in 2009, called the PA Sunshine Solar Program was much more popular than expected and exhausted its funds in 2013. However, with federal money, the state has a draft plan to a plan to boost the percentage of electricity it gets from solar to 10 percent by 2030.