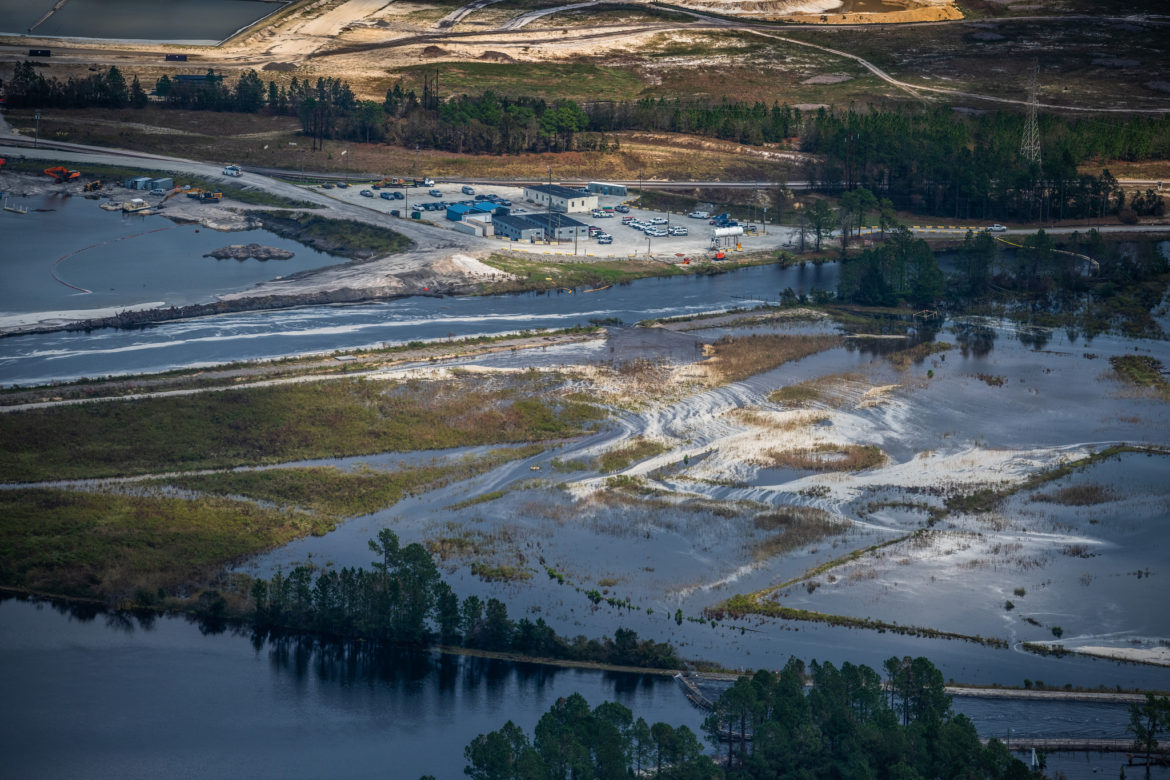 State investigators arrived on the scene over the weekend and plan to release testing results later this week.

The Cape Fear River continued to flood a coal ash dump near Wilmington, North Carolina through the weekend, and the full extent of its environmental and public health impact remained unknown.

“We need to be extremely concerned because we have a major river system overflowing in an unlined coal ash storage pit,” said Frank Holleman, an attorney with the Southern Environmental Law Center. “As we sit here with floodwaters raging, all we can really do is watch and wait and hope and pray.”

As of Sunday, the spill was ongoing at Duke Energy’s Sutton power plant, where two unlined, earthen pits of 2.1 million cubic yards of coal ash and a cooling pond, Sutton Lake, sit next to the Cape Fear River. Since Friday, the river, cresting after record rainfalls – combined with breaches in the dam between the lake and the river – has caused water to mix between the river, the lake, and one of the pits. Neither of the coal ash dumps themselves are damaged, both the utility and regulators said.

Municipal drinking water supplies were not at risk, since withdrawals occur about 20 miles upstream of the flooding pit, officials said. But advocates feared continued flooding or more structural failures could unleash a torrent of toxic ash into a river vital for fishing, recreation, and tourism in the region.

Coal ash contains heavy metals such as mercury, lead and arsenic, which can cause cancer, birth defects, and other health problems. Once settled in river beds, these components can be ingested by fish and shellfish and pose a threat to human health.

“The Cape Fear River estuary is an enormously popular place to play. People go clamming and get oysters, they go shrimping. Commercial fisherman work that river hard,” said Kemp Burdette, the Cape Fear Riverkeeper. “A big plug of coal ash working its way into that estuary is going to [work] its way up the food chain until it’s on somebody’s dinner plate.”

Since announcing the damages to the dam on Friday, Duke has downplayed the risks, arguing that the 400,000 cubic yards of ash in the overflowing pit, built in 1971, is contained by a steel wall, and that the other pit is unaffected. But the utility says it won’t be able to address the breaches in the dam until the flood subsides around the middle of the week.

“The company is bringing in additional construction materials from across the state to repair the breach as soon as flood waters recede, and it is safe to do so,” the utility said in a statement. 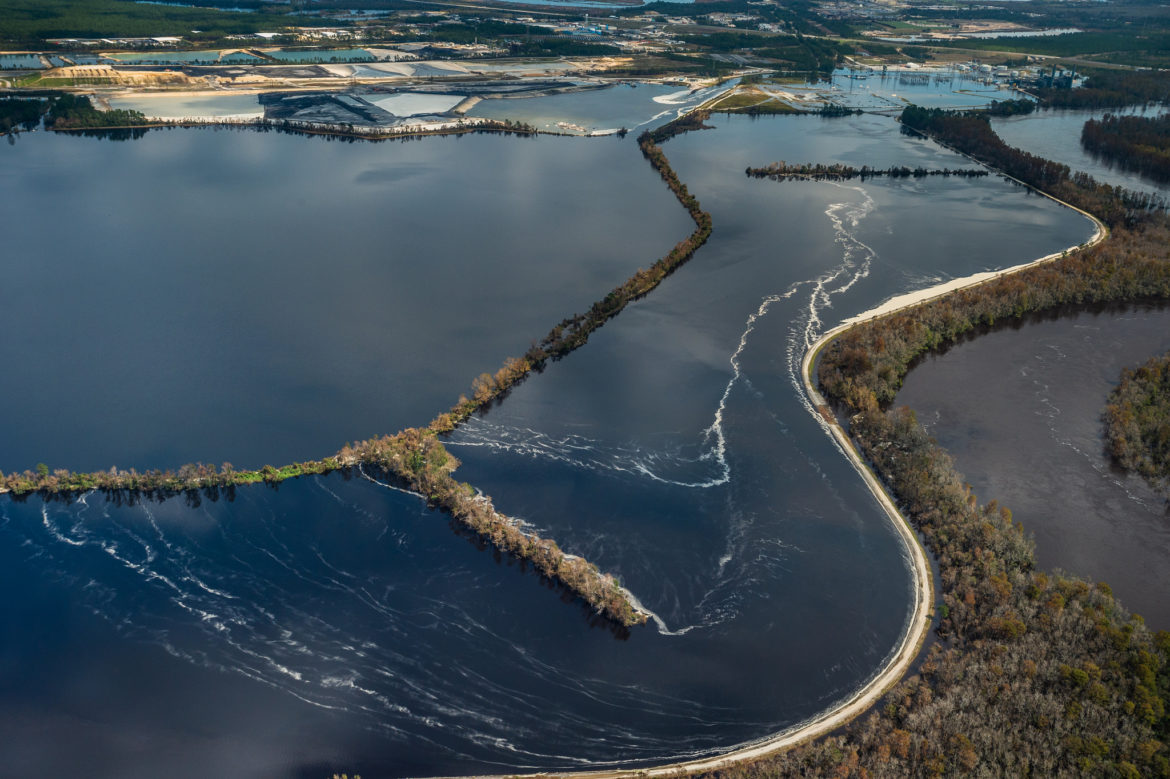 In the meantime, Burdette said, “the lake is now emptying into the Cape Fear River and it’s pulling all of that coal ash with it.” In the worst-case scenario, he said, “eventually Sutton Lake is going to empty itself out.”

The company said the most toxic components of coal ash have not and will not escape into the river. They released their own testing results Sunday to support that claim.

“Discharges from the cooling lake to the Cape Fear River are not harming water quality downstream,” the utility said in a statement. “All results are well within the rigorous state water quality standards in place to protect the environment.”

Burdette and his colleagues have patrolled the river via boat and plane, documenting what they say are clearly coal ash constituents in the waterway. They’ve also collected their own samples.

Advocates have been raising concerns about the Wilmington plant and one in Goldsboro for days, but regulators with the North Carolina Department of Environmental Quality didn’t visit the sites to collect water samples until the weekend, citing safety concerns. They expect to publish their test results later in the week.

Beyond moving its coal ash dumps from waterways sooner, as environmentalists have long advocated, it’s not clear if Duke could have taken any steps to prevent the failures at the Wilmington dump site.

Spokeswoman Paige Sheehan pointed out the utility was in the middle ‘dewatering’ coal ash dumps across the state as required by state law, and moving ash from the unlined pit in Wilmington, part of a court settlement with environmental groups. She also said the company had prepared for the storm as best as possible.

“This was absolutely Florence,” Sheehan said. “There is so much infrastructure that Florence has played games with and we are not immune from that.”

DEQ, however, suggested in a statement on Friday that was a still an open question.

“While the state is currently in emergency response mode,” spokeswoman Bridget Munger said, “a thorough investigation of events will soon follow to ensure that Duke Energy is held responsible for any environmental impacts by their coal ash facilities.”