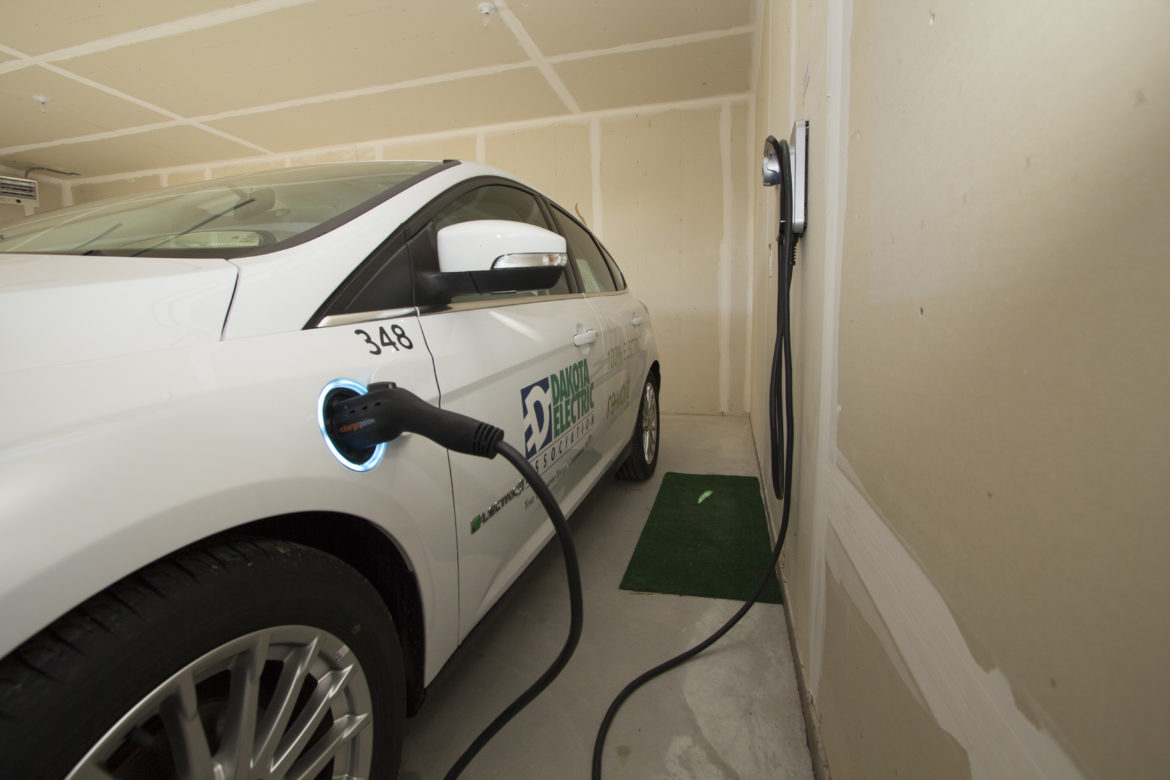 What will electric vehicles mean for grid resiliency and energy efficiency in Illinois?

The Illinois Commerce Commission issued a notice of inquiry Monday seeking stakeholder input on that question, aiming to build on policy sessions it held last week and in April. The process is intended to broaden the range of input from the public and private entities that participated in those sessions.

The state expects to see a significant increase in electric vehicles in coming years. The commission said in a news release that electric vehicles could bring the state $43 billion in benefits by 2050 in the form of cleaner air, less carbon emissions and lower utility bills.

Last year, plug-in electric vehicles (PEVs) made up more than 1 percent of the U.S. light-duty vehicle market for the first time ever, according to a brief released Sept. 20 by the national business group Advanced Energy Economy (AEE), which collaborated with the Illinois Commerce Commission on the sessions about electrification of transportation.

While that percentage is still small, the report says plug-in electric vehicles (PEVs) represented a $7.8 billion market in 2016, a market that has expanded at a compound annual growth rate of more than 50 percent since 2011. The dropping price of batteries, and hence of PEVs, is expected to keep driving the increase, as are improvements in the range that PEVs can drive and the range of models available.

The brief suggests how utilities and regulators can facilitate increasing adoption and integration of PEVs (that rely on being plugged into the grid, as opposed to hybrid vehicles that run on electricity generated by the car).

“Because EV adoption in Illinois is still in the early stages, regulations are relatively undeveloped,” the commission said. “While many actors are penetrating the EV industry, regulatory uncertainty discourages utilities and customers from participating at a larger scale. It remains unclear how to efficiently integrate EVs into the current electric system, how to treat charging infrastructure from an ownership perspective, how to determine appropriate rate structures, and how to encourage efficient EV charging practices to support grid stability.”

The commission has no obligation to use the information collected under the notice of inquiry in any particular way, but it could inform future rulemaking.  Acting Commissioner Anastasia Palivos and commissioners unanimously approved the notice, which gives stakeholders until October 23 to weigh in. (Instructions can be found under the Highlights section on the commission’s website).

The AEE brief, which is meant to apply to states nationwide, suggests utility commissions develop specific regulatory frameworks for PEVs, through processes involving stakeholders. Increased electrification of transportation inherently involves greater availability of charging stations, and utilities and regulators have a major role in this.

AEE urges utilities to allow third parties to own EV charging stations and sell the electricity, without invoking prohibitions on non-utility entities selling electricity (or “sale for resale” prohibitions). It also urges utilities to themselves own and/or operate charging stations, and it encourages public-private partnerships in the operation and financing of charging infrastructure.

The group asks regulators and utilities to help develop a robust competitive market in EV charging while also making sure that underserved or remote areas — which  may not offer a strong market for sellers — are adequately served. And the brief calls on utilities and regulators to more generally make sure low-income customers benefit from increased electrification, including by making sure that electric price changes related to EVs don’t harm them.

While marginalized communities are likely to benefit disproportionately from the air quality improvements that could come with widespread electrification of transportation, they are less likely to be able to own EVs themselves if they live in apartments and dense or struggling neighborhoods with little access to charging stations.

The brief notes that utilities should plan for a growth of EVs in their forecasting, including planning for the load created by EV charging; preparing the grid for “smart charging” — which could include vehicles automatically charging when demand is low or acting as a battery and sending energy back to the grid; and ensuring streamlined interconnection processes with the grid.

The brief also suggests utilities develop rate structures to encourage EV charging, which could include lower rates for charging when demand is low, and removing EV charging from calculations for demand rates, which charge customers based on their highest peak demand.

The brief also says utilities should leverage their relationship with customers to increase education about EVs, similar to how they educate consumers about energy efficiency. The brief notes that even in EV-friendly California, most consumers can’t name a single PEV model.

Heavy-duty vehicles and large fleets — like those maintained by municipalities — should be a priority in promoting electrification, given the economies of scale and efficiency, the brief notes. Sales of plug-in electric buses increased 40 percent between 2016 and 2017, according to research by Navigant cited in the brief. There are sometimes regulatory issues related to public fleets and vehicles,it notes, which public utility commissions should consider with an eye toward promoting electrification.

Along with utilities, the brief suggests ways regulators and legislators can incentivize EVs, particularly PEVs. These include rebates and/or tax credits for purchasing EVs, and Zero Emissions Vehicle mandates, which require dealers to make a certain percentage of their sales PEVs.   California pioneered a ZEV that was since adopted by nine other states.

During the panels convened by the Illinois Commerce Commission, the stakeholders discussed the seemingly inevitably increasing role of automated vehicles and ride-sharing in our transportation system. The brief cites experts predicting that by 2040, four-fifths of vehicles used in car-sharing will be PEVs, given their lower costs of operation and maintenance. It also notes that since such vehicles use electronic platforms to connect to the internet and coordinate logistics, electric power is a natural fit.

The brief notes that the company Maven Gig rents Chevy Bolt PEVs to drivers in the gig economy — giving rides, delivering pizza or other short-range trips typically conducive to electric power. In Chicago, Uber drivers can rent PEVs at affordable costs ($200 per week) through the company EVgo, it notes.

Ultimately, electric vehicles are consumer devices — like a much larger version of smart phones — that are likely to see rapid innovation and adoption by private citizens. Hence, the brief says, regulators and utilities should be ahead of the curve and ready to seamlessly integrate such a quickly growing market.