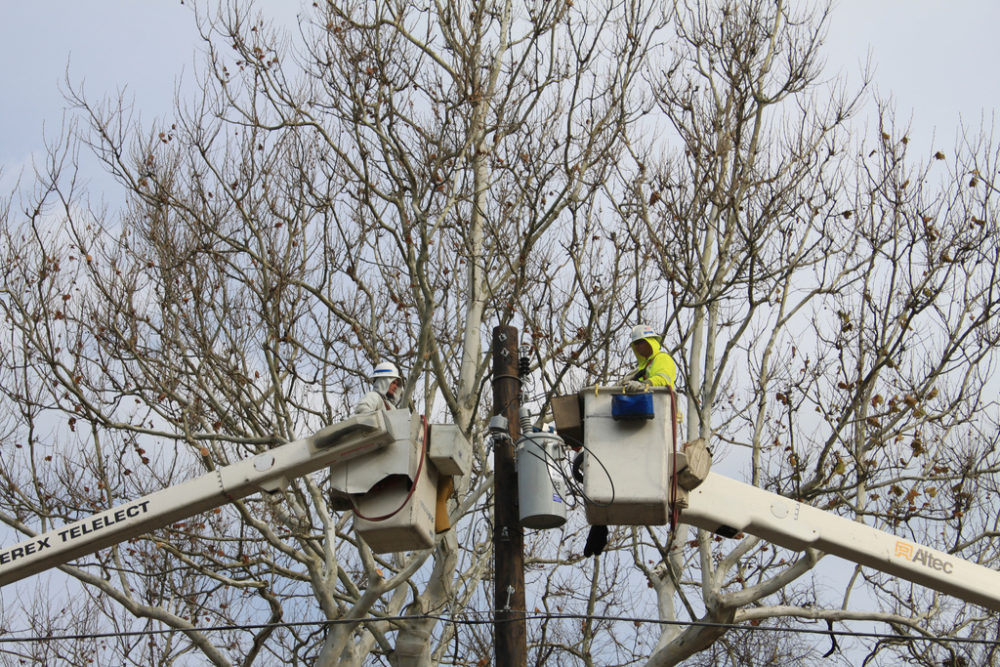 Rhode Island is a small state with big energy ambitions. Like many states, however, those ambitions are complicated by an outdated electric grid.

“Thomas Edison would probably recognize [the grid] in its current form,” jokes Macky McCleary, administrator of the Rhode Island Division of Public Utilities and Carriers. He compares the state’s grid to a Ford Model T, when it should be more like a Tesla Model X.

To get there, the state is rolling out a new regulatory framework for its electric system. Led by three state agencies—the Public Utilities Commission, the Office of Energy Resources, and the Division of Public Utilities and Carriers—the state has so far translated its grid modernization efforts into a comprehensive report, released in December, under the name Rhode Island Power Sector Transformation.

The agencies spent eight months engaging with more than 200 people and 65 organizations in the process, including local residents, national experts, clean energy companies, nonprofits, and Rhode Island’s utility, National Grid. The aim was a blueprint outlining how the state can achieve a cleaner, more affordable, and more reliable energy system—one that adapts and evolves as consumer demand and technology does.

Electric grids were originally designed for a one-way exchange of electricity—from utility company to consumer. Today they function differently, McCleary said. With the emergence of renewable energy, electricity flows both ways on the grid, and as a result, the relationship between consumer and utility has changed, too.

The initiative has three primary goals, according to McCleary. The first is to control the long-term costs of the electric system. Right now, the grid is built for peak stress, like hot summer days, which makes the system inefficient —  like designing a 100-lane highway to manage Thanksgiving traffic, McCleary says. “The system didn’t really change for 50 years, but now we’re moving to one where the system will be continually evolving, which is a big change,” he said.

The report makes several cost-savings recommendations, with a special emphasis on modernizing the utility business model. It says National Grid should submit a multi-year rate plan and budget with a revenue cap to incentivize cost savings and then pass those savings along to customers. It also suggests a pay-for-performance model in which the utility’s earnings growth is a reflection of its performance, especially when it comes to power outages and resiliency against cyber attacks, which will be enhanced through high-tech meters and data portals.

The second goal is to give customers more energy choices. The Power Sector Transformation initiative recommends technologies like battery storage and solar management services as ways for residents to control their energy budgets. And the third goal is building a flexible grid to better integrate clean energy options. Today’s grid isn’t reactive, but the plan is to make it more flexible and responsive in the future with advances in technology like energy storage and smart devices. Rhode Island’s grid wants to better accommodate more intermittent forms of energy like offshore wind and solar power.

“The sun doesn’t always shine, and the wind doesn’t always blow,” McCleary said. “If you want to make sure lights always turn on when you flip the switch, you have to make grid a lot smarter than it is.”

According to Carol Grant, commissioner at the Office of Energy Resources, the state’s progress has been encouraging. In late August, the state’s Public Utilities Commission approved a new compensation model for National Grid and how it operates and maintains infrastructure like utility poles and transmission lines.

“I hope this can be encouragement for other states that aren’t enormous, and they can build on the lessons we have learned and strategies we have implemented,” Grant said. “If you take this with seriousness of purpose, you can start moving.”

The settlement allows National Grid to raise residential rates by 3.5 percent while investing in a suite of grid modernization programs. Over the next three years, National Grid will allocate a portion of its revenue to making the grid more cost-efficient for customers (including a discount for Rhode Island’s low-income ratepayers) while maintaining its commitment to grid modernization through integration of renewable energy, energy storage, improved information systems, and electric transportation.

“It’s a big first step,” said Mark LeBel, a staff attorney with the clean energy nonprofit Acadia Center, which was a stakeholder in the project. “We can’t do it all at once, and I think Rhode Island has taken a big first step here.”