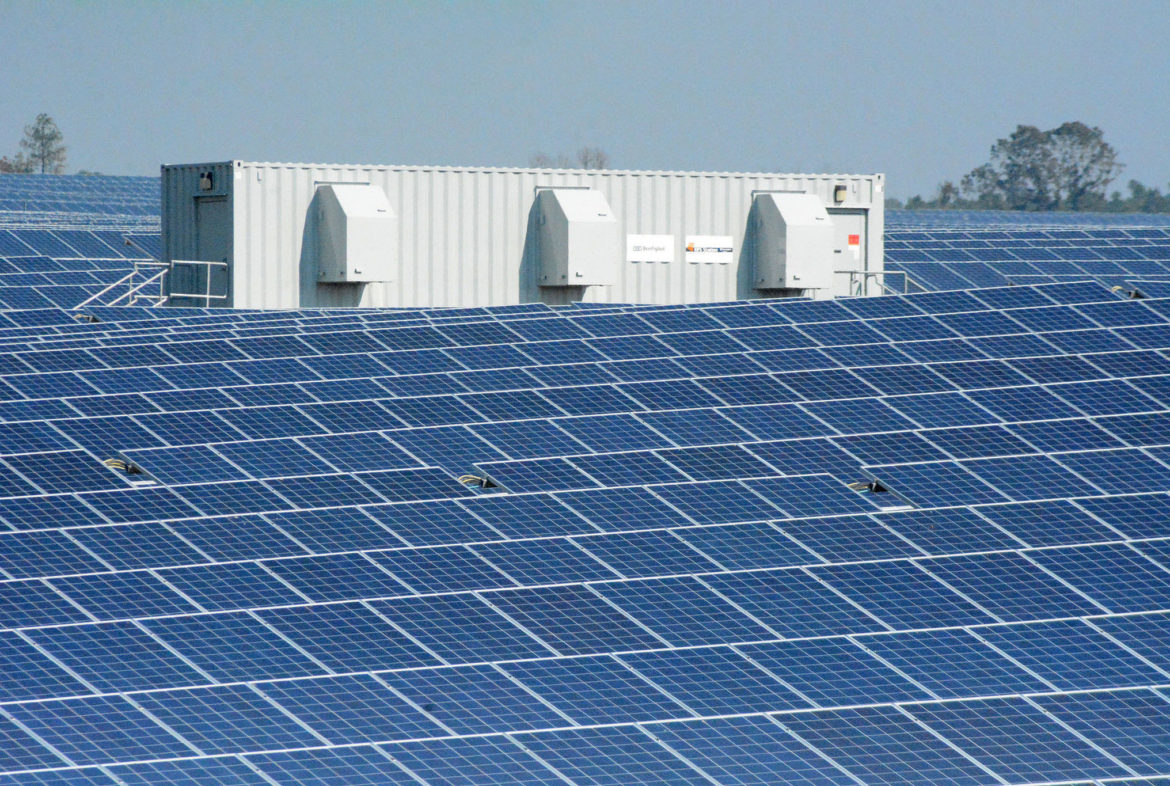 Georgia is already a solar leader in the Southeast, trailing only Florida and North Carolina in installed capacity. But progress hasn’t been without bumps. With little state regulation around solar, rules vary from county to county, and not all are equally receptive or sophisticated in their approaches.

After hearing concerns from developers, advocates and others, three universities partnered to develop a set of model land-use rules. The Georgia Model Solar Ordinance was published on July 30 by Emory Law School, Georgia Tech and the University of Georgia.

Appropriate siting with proper setbacks and buffers can maintain community character, optimize land use, and keep the environment intact — all while heading off local opposition to projects.

“All of us did this work pro bono,” said Mindy Goldstein, director of the Environmental and Natural Resources Law Program at Emory Law School, “to ensure the process was both neutral, academically rigorous and without bias.”

Hundreds of stakeholders across the state — from zoning officials to wildlife biologists — reviewed a draft and offered comments in three public meetings.

The model ordinance covers a wide range of issues, including setbacks, buffers, and easements when vegetation on neighboring property blocks sunlight. It also covers dual-use options, in which animals graze among the solar panels or land is otherwise used to support agriculture.

The ordinance was shaped to fit Georgia’s particular needs — from its large commercial timber tracts and farm fields to its delicate coastal ecosystem and protected, rare species such as the gopher tortoise, which, like solar farms, requires vast tracts of land and a lot of sun. Solar panels block the sun, disrupt some vegetation, and can threaten tortoise habitat.

Counties already considering adopting the draft or the final model include Atlanta, Dougherty, Newton, Sumter, Douglas, Riceboro, and Walthourville. Counties and cities interested in working with the ordinance are being directed to SolSmart, a team of experts that helps communities go solar.

“My guess is we’ll be hearing a lot more from counties and cities in the coming months,” said Goldstein, who says a formal survey is being planned to capture how many counties actually adopt the ordinance.

One case where the ordinance might have helped was a $300 million, 120 megawatt NEXTera solar farm to be built by NEXTera on agricultural farmland in southwest Georgia. There will be more than 440,000 solar collectors, which rotate to track the sun. The county will reap over $10 million in revenue over the 30-year life of the project.

The project was recently tabled by the Dougherty County Commission pending input in late August from one of the model ordinance’s authors, biological engineer Daniel Geller of the University of Georgia.

“The commission decided to revisit the project after the developers had gone down the road pretty far,” says Geller. “It could have been shut down.”

A range of questions were asked at the meeting, according to County Commissioner Clinton Johnson.

“Some people worried that the panels might deplete the sun, or that they might attract more radiation and increase the risk of cancer,” Johnson said. “One commissioner was concerned about the proximity to homes. There were issues around the impact on wildlife, as the farm is in an area with deer, bears and turkey and other wildlife.”

Ultimately, the commissioners were reassured and the project was approved in late August.

“There are issues when you go to develop a solar project beyond the permitting,” said NEXTera spokesman Steve Stengel, who said he thinks the model ordinance could be helpful. “Knowing what the rules are going in is certainly better than having the rules change along the way.”

While the authors are hopeful the rules will help communities standardize and clarify their rules around solar, they also recognize they don’t address issues beyond land use and some communities will oppose projects on other grounds. “Zoning ordinances can only do so much,” says Goldstein. “Solar energy systems, like shopping centers, substations or cemeteries, all can be subject to community concern.”

Overall, though, the model ordinance has been positively received.

“Developers are now telling us they are meeting the requirements of our model ordinance proactively,” Geller said. “Our philosophy is that solar is great for Georgia, and we just have to do it right.”