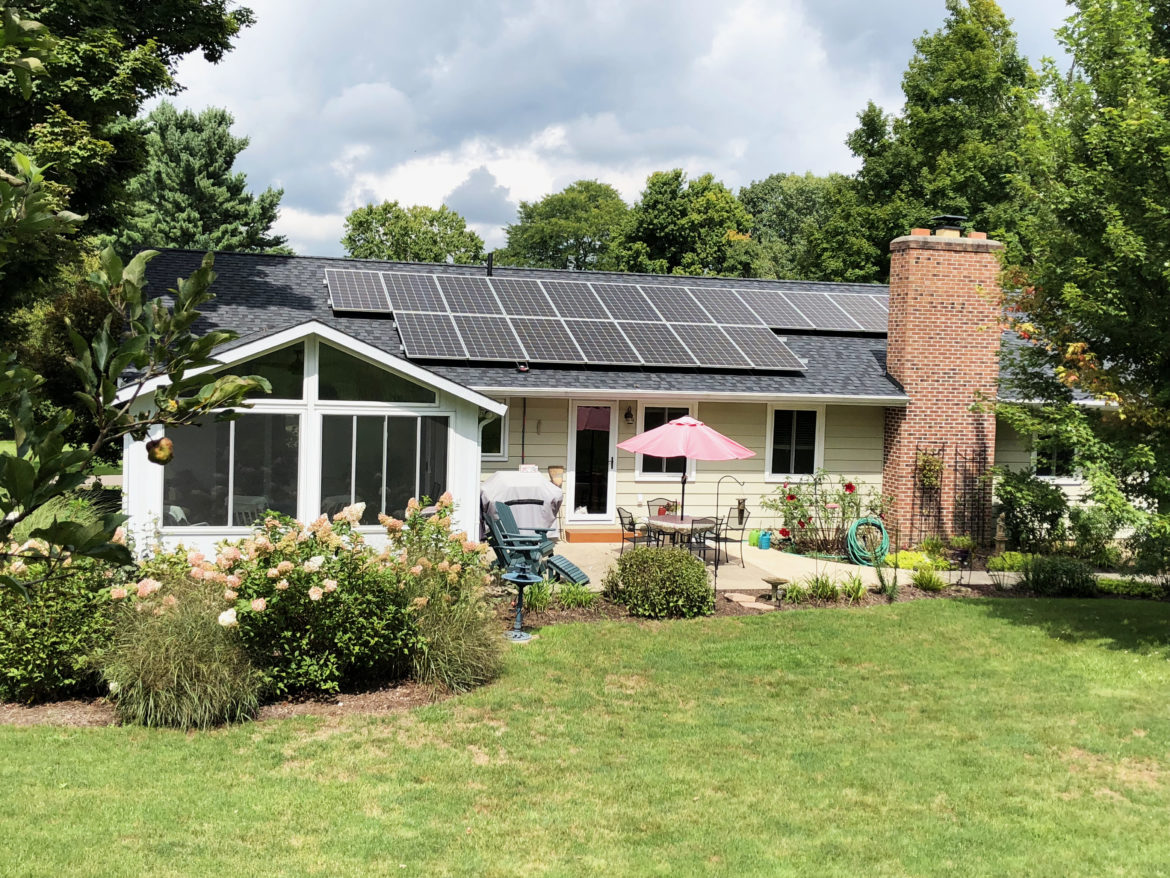 This solar-powered home in Granville, Ohio, is among the stops on the 2018 Green Energy Ohio tour.

Ohioans have a chance this weekend to get a close-up look at how clean energy really works at the 16th annual Green Energy Ohio Tour. The free event from September 28-30 includes approximately 100 sites around the state showcasing solar energy, wind energy, geothermal power or energy efficiency.

Sites will host open houses or guided tours to let visitors see how they’re using clean energy in homes, businesses, universities and other places. Many locations can be reached through self-guided driving tours. Some areas will also offer bus tours or caravans.

Q: Why should people take part in the tour?

In a nutshell, it’s a chance to visit places in your neighborhood and community that are using clean energy technologies and learn more about them. We have more sites than we had last year.

Q: Why isn’t it enough that if you’ve seen one solar panel or wind turbine you’ve seen them all?

Nothing is really a substitute for visiting with the people who are using these technologies. There’s a lot of questions people have that they are more comfortable asking a neighbor or community member than they would be asking a company in the business or an installer. Many people don’t just want a sales pitch. They want information from people who’ve been through it. What are the different types of systems? Who did they use for their installation? What are the costs? How long does it take to recover the cost, in terms of the savings in energy usage? And how much energy are you generating?

Q: What’s new on the tour this year?

We have five or six university campuses that are featuring various technologies. Miami University has a geothermal unit. Also, the two oldest dormitories have been completely renovated and are now the most energy efficient buildings on campus. This shows you can maintain historic aspects of a building and still bring it into the 21st century.

Q: Do any utilities take part in the tour?

AEP Ohio has sponsored a route. They have three sites that feature the energy efficiency programs that they have.

We are all too used to going to meetings where you sit at tables in a library. We chose craft breweries because they are on the cutting edge. Most of them have some form of clean energy and sustainability goals.

Q: GEO started Meet, Learn and Share events earlier this year — also at some craft breweries. What’s the reason for those?

The purpose of the meet-and-greets was to reset our agenda. It was a chance for members to meet me as GEO’s new executive director. I want to learn about the interests and needs of our supporters, and I want to share ideas. We got a lot of real input on what supporters see as needs.

Q: How is that input reflected in GEO’s activities?

Before, GEO did a lot of conferences. There are a lot of those out there, and they are very informative. But we want to look at more targeted programming going forward, aimed at the different constituencies.

We had a local solar workshop at Denison University in August with the Ohio Environmental Council. It was to inform local officials about all of the issues surrounding solar — installations, zoning, safety, and so on. Township trustees, county commissioners, fire departments and others don’t necessarily have in place all of the requirements, and so they kind of don’t know where to start. We want to get out there and help them put together a system for evaluating and approving new solar systems. We’re going to follow that up with another one in Dayton.

Q: GEO also now has a Solar Schoolhouse at the Richland Correctional Institution. What is that?

Begun in 2015 and supported by GEO volunteers and business members, this program — run by the Reintegration Unit at the prison — offers training in solar installation for inmates as a means of employment upon their release. It is the first ETA certified training site in an institutional setting, and it’s a real success story. There are over 100 inmates on the waiting list to get into the program.

Q: What else is GEO doing that’s new?

One of the things we have done within the last year is create new categories of membership, for academic membership, nonprofits, government entities and communities. And we are engaging more with students and universities.

I also think it’s important to talk about climate change. Climate change tends to be such a big picture conversation. That big picture is so important because of what is happening in the world today. We need to be able to take that and bring it back to Ohio to make a difference. The whole mission is education, in any of its various forms.