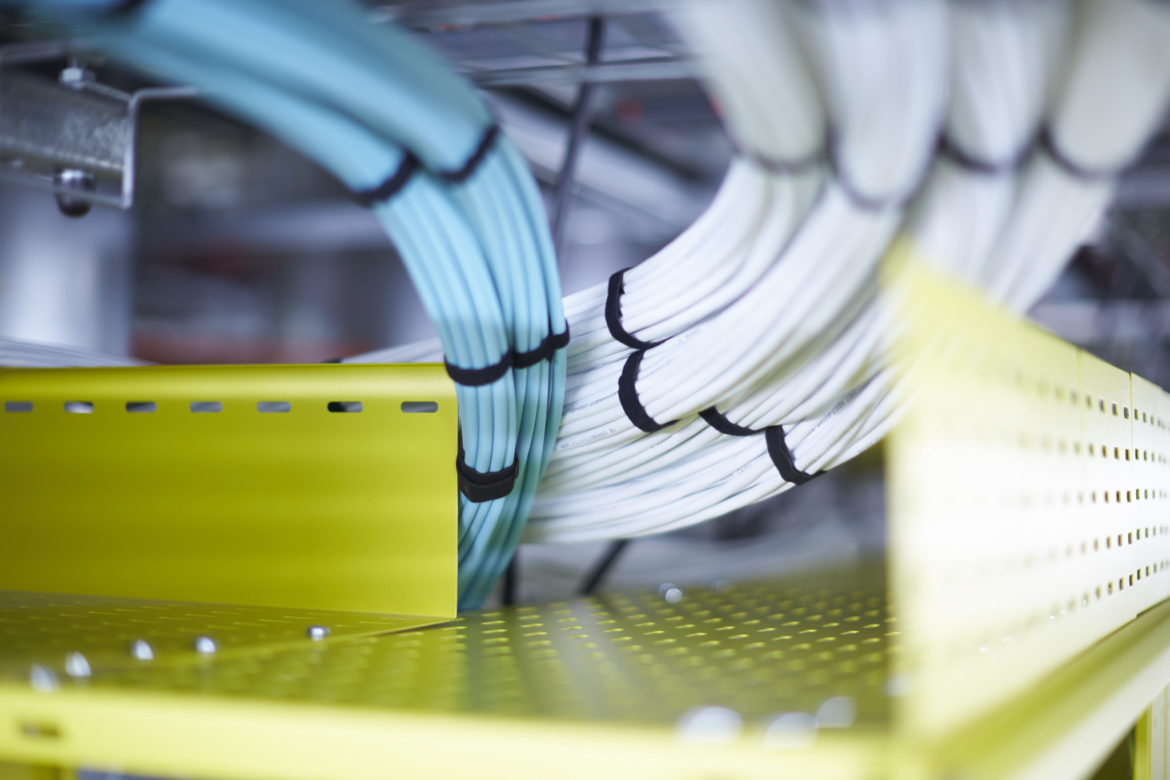 The utility behemoth is in the midst of a building spree that includes four new gas-fired power plants as well as the controversial Atlantic Coast Pipeline, for which it is the lead stakeholder.

The company’s latest Integrated Resource Plan filed with Virginia regulators envisions the building trend continuing, and it points to projected load growth from the state’s burgeoning data center sector among its justifications.

A group of technology companies pushed back on Dominion’s assumptions in a letter last week to the Virginia State Corporation Commission. The letter says the industry is becoming more energy efficient and increasingly looking to power its data center with renewable energy, not fossil fuels.

“Dominion’s 2018 IRP still under-deploys renewable energy sources, which is inconsistent with the needs and preferences of the sector that constitutes the largest source of load growth for the utility,” says the Sept. 17 letter, signed by Adobe Systems, Akamai Technologies, eBay, Equinix and Salesforce.com.

The challenge pits Dominion, a longtime political juggernaut in Virginia, against one of the state’s fastest growing industries in front of a commission that’s traditionally been reluctant to support renewable energy.

Dominion Energy’s proposal, submitted to the SCC in May, lays out five different scenarios through 2033 that vary depending on what type of federal or regional carbon restrictions might be enforced.

Whether or not carbon constraints happen, natural gas is on Dominion’s agenda. Scenarios call for as few as eight power plants to be built under a federal carbon tax and as many as 13 under a regional carbon tax.

Virginia, the world’s largest data center market, serves up to 70 percent of global internet traffic, according to a February report by the Northern Virginia Technology Council. Statewide, the sector provides more than $10.2 billion in economic output annually and supports 40,000 jobs.

Energy-intensive data centers constituted the largest share of Dominion’s load growth — 500 megawatts — between 2011 and 2017. However, peak loads for other, non-data customers declined over that same six years.

Not only is that latter trend expected to continue, but the data centers said traditional electricity demands of data centers will fall or flatten as they veer away from fossil fuels and toward investments in wind, solar, energy efficiency, energy storage and other innovations.

Four of the companies that signed the letter have committed to 100 percent renewable energy in the near future, while Akamai is on schedule to receive half of its power from renewables by 2020, according to Ceres, a Boston-based nonprofit that coordinated submission of the letter.

“These days, that’s really standard practice for this industry with high energy needs,”  Alli Gold Roberts, senior manager of state policy at Ceres, said in an interview. “Being able to purchase renewable energy will cut their costs, allow them to avoid the volatility of fossil fuel prices and be responsive to the needs of customers and shareholders.”

Access to renewables “is a significant factor in deciding whether to locate or expand new data centers within the Commonwealth,” the letter states.

Dominion has been wrong to predict steady customer growth over the last decade, according to data gathered by the Southern Environmental Law Center in Charlottesville.

“What load is coming to the Commonwealth comes from companies demanding renewable energy options,” Will Cleveland, staff attorney with the center, said in an interview. “New natural gas infrastructure won’t grow Virginia’s economy, it will only grow Dominion’s dividends.”

Cleveland is part of the team challenging Dominion’s IRP before the SCC. Another is economist Jim Wilson, a Maryland-based energy consultant hired by Southern Environmental Law Center to study Dominion’s load records.

Beginning in 2009, Dominion has forecasted peak load growth between 10 percent and 15 percent for the first six years of each IRP presented, Wilson testified, “while actual peak load growth over the past decade has been nil. The inaccuracy of the Company’s peak load forecasting has resulted in repeatedly over-stating future capacity needs by thousands of (megawatts).”

Wilson also questioned Dominion’s conclusion that it needs more capacity to serve data centers because the company “has no research or analysis to support its forecast of data center loads, and apparently is not in possession of firm evidence of new data center loads in 2019 or later years.”

For instance, Wilson said, Dominion cited 58 potential data center projects totaling 3,883 megawatts, but said it didn’t disclose its sources due to “the speculative nature of the information.”

Wilson also noted that the total data center load could remain flat, even if new capacity is added at 10 percent annually because efficiency improvements are shrinking loads at existing data centers by roughly 10 percent per year.

Robert Thomas, Dominion’s director of energy market analysis and integrated resource planning, said in his rebuttal testimony that his company “continues to assert that its load forecasting methodology is sound.”

The natural gas plant build-out scenarios Dominion presented would be on top of the 4,865 MW of capacity approved by the SCC since 2011.

Dominion has been on a “building spree over the last decade,” said Cleveland, the SELC attorney.

The largest of those four SCC-approved power plants is the Greensville County project, a 1,588 megawatt combined-cycle facility scheduled to come online next year. The other three have individual capacities of 590 MW, 1,329 MW and 1,358 MW.

Advocates also said the IRP needs to align with goals the state Legislature prioritized this year in the Grid Transformation and Security Act.

That law declares the installation of 5,000 MW of solar and wind energy by regulated utilities through 2028 to be in the public interest. In tandem, Gov. Ralph Northam is behind a measure to slice carbon pollution from large power plants by 30 percent over the next decade.

Thomas explained in his rebuttal testimony that by the time Gov. Ralph Northam signed the bill into law in March, Dominion’s latest IRP was substantially complete. “Given these constraints, the Company provided as much detail regarding its plans to address mandates in the (law) as were developed at the time,” Thomas said.

In testimony before the SCC, Cleveland’s coalition also questioned Dominion’s backing of natural gas delivery systems such as the Atlantic Coast Pipeline, when it is not clear whether that infrastructure is even needed to meet the utility’s service obligations. The 600-mile pipeline would bisect Virginia on its path from West Virginia to North Carolina.

In essence, the 2018 IRP asks the SCC to accept that the pipeline is built and that ratepayers should pay for it without ever explaining what those costs are and why they are justified, testified Lander, the president of Massachusetts-based Stepping Stone.

“Absent comparative analysis of viable alternative fueling logistics and their respective associated all-in costs that would be the product of these analyses, it is unlikely in the extreme that (Dominion’s) IRP has achieved the objective of identifying a reasonable, least-cost generation scenario.”

The Commission is not under any particular deadline to render a final decision on Dominion’s IRP, SCC spokesman Ken Schrad said.

Cleveland said he is hopeful that his coalition’s challenge of Dominion’s high load forecasts resonates with commissioners this year. They made similar challenges to the IRPs in 2016 and 2017.

“We aren’t going to let go of this issue because Dominion is going at it with a faulty premise,” Cleveland said. “It’s billions of dollars of ratepayer money and these are unnecessary costs.”