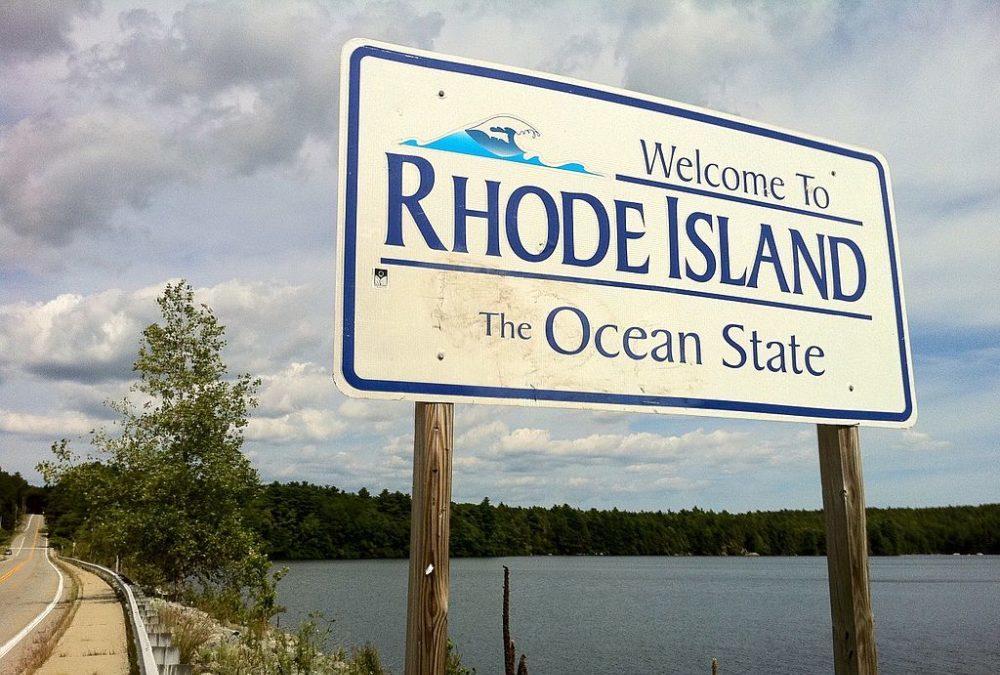 The nonprofit’s board president explains its legal challenge to the state’s Department of Environmental Management.

What is a state’s role in addressing climate change? That’s a question Nature’s Trust Rhode Island is considering in a recent legal action against Rhode Island’s Department of Environmental Management (DEM).

Earlier this month, the youth-led environmental nonprofit presented its challenge to the state with support from the Sisters of Mercy Ecology, a faith-based ecological justice organization. The coalition drafted and delivered a 200-page plan to the DEM, asking the agency to adopt stricter regulations in the battle against climate change. Right now, the state doesn’t have mandatory climate reduction targets.

Nature’s Trust started three years ago after being inspired to take action following the People’s Climate March in New York City. With their latest environmental action, they’re forcing the DEM to consider their emissions reduction plan within 30 days, or else address it in court.

Board president and University of Rhode Island professor Peter Nightingale recently spoke with the Energy News Network about the details of the petition. This conversation has been edited for length and clarity.

Q: What exactly is the legal challenge you’ve brought to the state?

Q: What are some of those rules?

In climate science, people talk about an emissions budget, which means how much greenhouse gases you can put into atmosphere. Since the beginning of the Industrial Revolution, there’s been an uptick of how much we put into atmosphere. There’s a certain amount you can put into it, but if you exceed that budget, then you are going to endanger the climate and get into situation of runaway climate where it is no longer suitable for humans to be on earth.

We are telling the state of Rhode Island, the DEM in particular, that [the state] has a certain population, and that’s a certain fraction of world population. The fraction that Rhode Island is of the world population tells us what part of that [emissions] budget is “ours.” We tell the DEM you figure out how much is left and make sure you don’t overspend. We leave the details up to DEM and state agencies — how you do it is not our business. We don’t want to micromanage this.

@NaturesTrustRI' #ChloeMoers: “We need a home for our future generations. I don’t want us to worry about basically being homeless from the planet that supports us”https://t.co/5wCguiLBaS pic.twitter.com/ibFHN2074o

Q: Nature’s Trust believes the state hasn’t lived up to its environmental obligations so far. What specifically have state agencies done, or failed to do?

The first thing is the expansion of the AIM (Algonquin Incremental Market) project, a pipeline that starts in Pennsylvania and transports natural gas through [several states]. The work done on in RI was completed 2 or 3 years ago, but there [could be] an expansion of a new compressor station in Burrillville made to bring more gas to Rhode Island. The state issued the permits to make that happen like air pollution and wetland permits.

A company called Invenergy proposed to build a power plant on the same spot where compressor station is in Burrillville. Whether the thing will be built or not is being discussed right now. DEM will have to issue same kind of permits for that project to go through. They haven’t yet.

Q: You cite the state constitution and state laws in your petition. How are you leveraging those in Nature’s Trust challenge? Does the law work in your favor?

They are an essential part of it. The constitution says that there’s the duty to provide for the conservation for the air, land, and water in the state. That’s very clear in Article I.

The other issue which is certainly related to other principles, namely environmental justice, Article 1, Section 2, which says all laws should be made for good of the whole; the burdens of state should be fairly distributed among its citizens.

As far as DEM specifically is concerned, it says that they are to supervise and control the protection of the natural resources of the state. It’s clearly their job to make sure we don’t get into trouble. They have to consider the cumulative effects that might adversely affect public health or impair ecological functioning.

Q: Have similar actions been taken in the state before? What did you model this challenge after?

In 2011, something of this kind was done in lots of states, but also in Rhode Island. It was not nearly as elaborate as what we did. We are much more specific in what we asked for, in particular this whole concept of a budget that takes into account the near-term effects (of things like methane), and the way we interpret what that means for Rhode Island — that we shouldn’t overspend our fair share of the budget. We may be the only ones in U.S. who are doing this. In that sense, I think our approach is a novel one.

Q: What’s been the response from DEM so far?

None whatsoever, nor do I expect they will. Anyone can file a petition with any agency. Rhode Island law says they have 30 days to respond. If they do not respond at all, that counts as a denial (Nature’s Trust Rhode Island filed on September 6).

Q: And what’s the expected outcome? What do you hope it accomplishes?

Ideally, they would say yes we will do what you ask. Is that realistic? I don’t know. We’re asking quite a lot. We’re counting on them to say no. If they do that, we will go to court. We don’t think DEM is living up to statutory obligations, statutes applying to them from constitution and the Resilient Rhode Island Act.