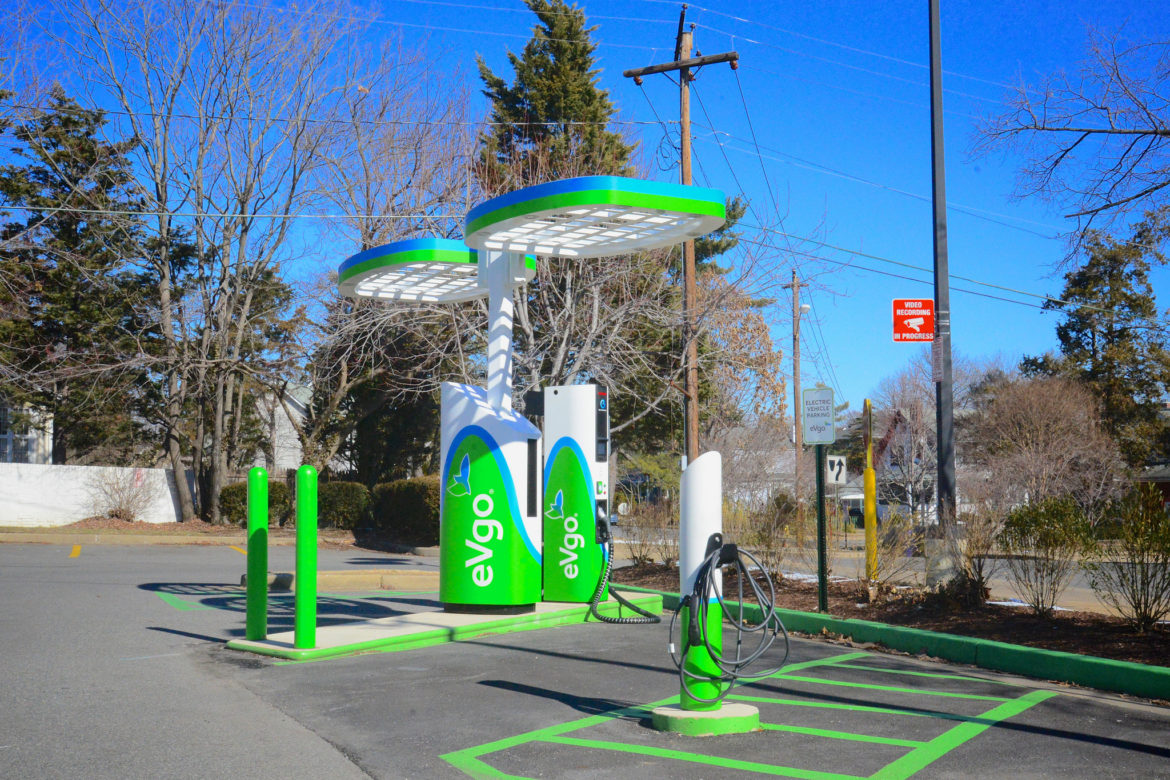 The state will invest $14 million into a public-private partnership with a West Coast charging station developer.

Virginia is counting on money from the Volkswagen emissions settlement to help transform the state from an electric vehicle desert to an oasis.

The verdict is out, though, on just how far its $14 million investment will go toward curbing the state’s emissions from transportation and closing the gap with neighboring states on electric vehicle adoption.

Virginia was the first state to dedicate a full 15 percent of its Volkswagen money — the maximum allowed under the settlement — to electric vehicle charging networks. In August, its Department of Environmental Quality (DEQ) selected EVgo Services to lead its buildout. The Los Angeles-based company operates the nation’s largest network of public direct current fast-charging stations, with upward of 1,000 charging stations in 34 states.

The public-private partnership factors prominently in a far-reaching energy plan unveiled this week by Gov. Ralph Northam, a Democrat who was elected last year. The document details the crucial role of electric vehicles in shrinking the sizeable carbon footprint of Virginia’s transportation sector, which surpasses power plants as the state’s largest greenhouse gas contributor.

“I can’t yet say we’ll have X number of chargers in Virginia by a certain date because we’re in the early days,” Levy said. “There’s lots of back and forth.”

EVgo is also investing capital into the multi-year grant. Within three years, Virginia’s goal is to have 95 percent of its population within 30 miles of a fast charger.

Currently, Virginia has 62 fast chargers and 396 Level 2 types, according to the energy plan.

Last year, the DEQ projected that EV registrations would reach at least 1.3 million by 2035. Of the roughly 7.6 million vehicles registered in the state through December, 4,279 are electric and 6,139 are plug-in hybrids, according to the Auto Alliance.

EVgo often concentrates its infrastructure in shopping centers so drivers can do errands while plugged in, Levy said, pointing out that the residential charger in Falls Church was an exception.

“One size doesn’t always fit all,” he said, adding that working in 34 states means variations in requirements for zoning, permitting and interconnecting with utilities.

“The car and the size of its battery are the limiting factor on how fast you can charge,” Levy noted. “We have to make sure we are building infrastructure for the drivers and the cars that are there.”

Trip Pollard, a senior attorney at the Richmond office of the Southern Environmental Law Center, is pleased that EV infrastructure and Volkswagen money are a key part of Northam’s energy plan.

“If it’s spent wisely, then it will be money well spent,” said Pollard, who has handled transportation issues at the nonprofit for 22 years. “It will make a difference if we can move the needle toward EV adoption, but it isn’t going to solve our entire problem with greenhouse gas emissions in the sector.”

Thus, Pollard is equally cheered that in September, Virginia became the first southern state to join the District of Columbia and 11 New England and Mid-Atlantic states as members of the Transportation and Climate Initiative.

Since 2010, the collaborative, facilitated by the Georgetown Climate Center in Washington, D.C., has focused on developing the clean energy economy and reducing the transportation sector’s carbon emissions. It is directed by state and district agencies within its 13 jurisdictions.

While some critics have downplayed the significance of Virginia joining the initiative, Pollard called it “a very positive step. But does it show that we’ve gone far enough? Absolutely not.”

Where Northam’s energy plan falls short, Pollard said, is by focusing on EVs and not addressing a holistic approach to greener transportation that includes rail, mass transit, bicycling and walking.

To catch up with other states on EV sales, Pollard suggested such incentives as reduced registration fees, purchase rebates, tax credits and sales tax reductions.

For instance, neighboring Maryland offers a tax credit of up to $3,000 for EV owners. Also, Pollard pointed to a Maryland measure requiring at least 25 percent of the state’s light-duty fleet purchases annually be zero-emission vehicles by 2025.

When measured on a per capita basis, Maryland has two times as many charging ports as Virginia, according to U.S. Department of Energy data in the Georgetown Climate Center’s State Energy Analysis Tool. Virginia has 10 ports for every 100,000 people, while Maryland has twice that. The large majority of chargers in both states are Level 2.

“Virginia is clearly behind other states on reducing pollution from the transportation sector,” Pollard said. “There’s no question this administration has sent a stronger signal than we’ve ever seen about a commitment to cleaner transportation.”

Based on Virginia’s current electricity sources, EVs produce less than one-third of the annual heat-trapping gas emissions of gasoline-powered vehicles, according to the U.S. Department of Energy’s Alternative Fuels Data Center.

Those emissions will drop as the state’s electric grid shifts to more renewables, a switch that the governor and Legislature are advancing.

Participating states have access to a wider range of EV models because they have agreed to buy more than 3.3 million zero emission vehicles by 2025. Northam’s plan noted that 65 percent of national EV car sales occur in those nine states.

The initiative gives them access to technical tools that can allow the efficient build-out of EV infrastructure for the region.

For instance, one such tool is a corridor analysis that includes a map of existing EV charging infrastructure. States can use it to identify which highway exits lack charging ports.

“Virginia recognizes that they need to put in the charging stations and the vehicles will come,” Goetz said. “State officials know that by collaborating, they can be more successful and ambitious as they scale up electrification.”

Lack of accessible infrastructure “restricts drivers’ ability to take longer trips and limits the utility and attractiveness of EVs, especially for any household without the ability to charge at home,” the plan states.

EVgo’s Levy said equitable expansion is on his company’s checklist.

“We need to make sure this is an inclusive movement that gives access to all,” he said. “The market pull is urban areas, but we can include Virginians beyond the usual suspects.”